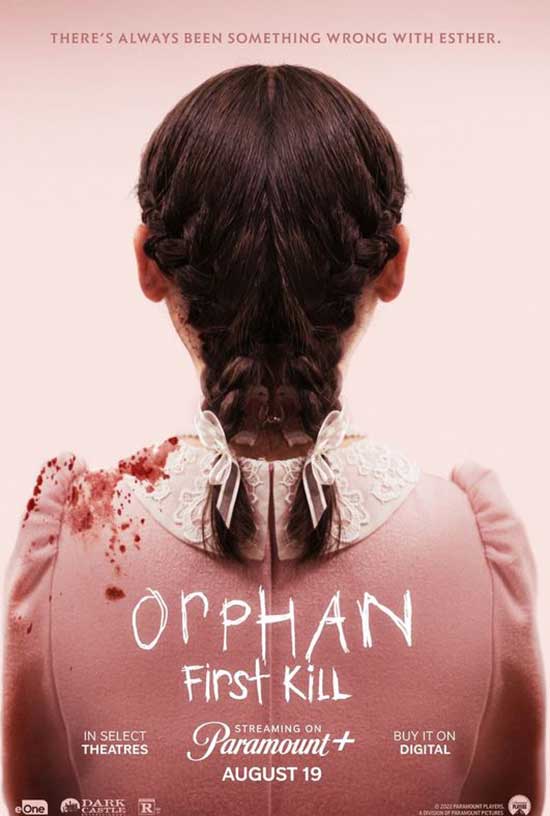 After orchestrating a brilliant escape from an Estonian psychiatric facility, Esther travels to America by impersonating the missing daughter of a wealthy family.

William Brent Bell (Stay Alive, The Boy, The Devil Inside) directed Orphan: First Kill, and it was written by David Coggeshall, David Leslie Johnson-McGoldrick, and Alex Mace. I have faith in William Brent Bell. He’s directed some great films. He has an amazing vision when you watch his films. He’s also written and produced.

Isabelle Fuhrman returns to portray Esther Albright and Leena Klammer. When someone tells you not to worry in a horror movie, you should plan you’re escape, and start to worry. We meet Anna Troyev (Gwendolyn Collins). Anna arrives at the psychiatric hospital, and meets Leena formerly Esther. 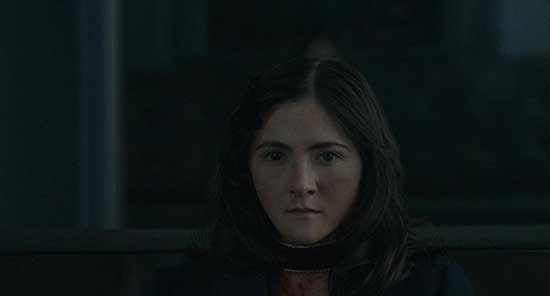 It doesn’t take long for Leena to escape the psychiatric hospital, and traumatize Anna. It doesn’t take long for Leena to turn into Esther Albright. Now we meet Tricia Albright portrayed by Julia Stiles, who is just incredible in so many performances. 10 Things I Hate About You will FOREVER be an iconic movie. Julia has also starred in Save the Last Dance, The Prince and Me, The Lake, Dexter, Hustlers, The Drowning, and so many more. Rossif Sutherland (River, Possessor, Hyena Road) portrays Allen Albright. 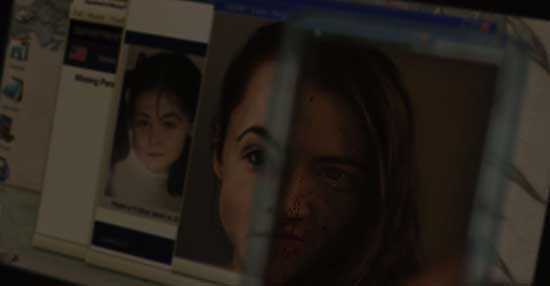 We find out where Esther developed her talent for painting and adding lighting. Julia Stiles is so good at disappearing into roles. Tricia has questions and she is leery of Esther in general. Esther is trying her best to turn into the daughter that Tricia and Allen wanted back so badly. It’s such a horrific experience.

Esther is bothered big time by Detective Donnan. She has a close relationship so far with Allen. The tension has me on-edge. Detective Donnan is on-edge and he’s trying to figure everything out. Hmmm… It looks like Julia Stiles learned a lot from Dexter Morgan. 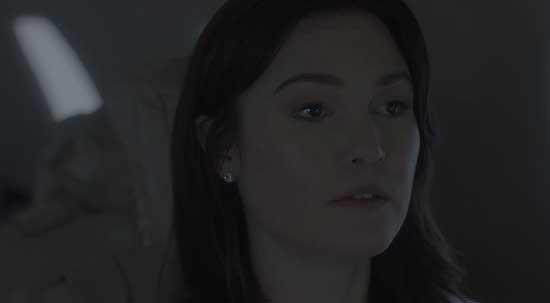 Wow, some families, especially the rich ones have big-time secrets. WOW, what a twist, what a turn… This is wild. Dr. Segar (Samantha Walkes) is trying her best to help Esther acclimate into this new role. Matthew Finlan portrays Gunnar Albright, the brother to Esther. I never expected them to take this turn with the movie.

It’s full of suspense, and it’s one hell of a ride. They took this story in a different direction. The writers gave us something different. I would recommend watching Orphan: First Kill. You sort of get this understanding of Esther, and how she became who she is, and what type of situation she was in. 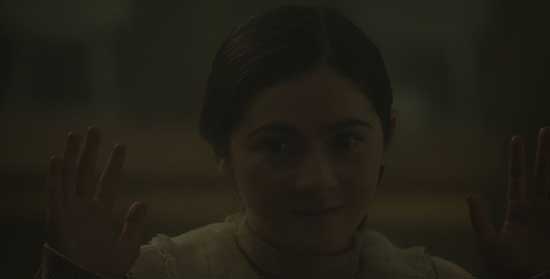 Julia Stiles really plays the hell out of her character, and Isabelle Fuhrman helped create this terrifying character that is so calm, cool, and collected. She infiltrates herself into this family, and it’s so much more than that. I don’t want to give away spoilers because you should watch the movie.

The suspense, the location and the house are just breathtaking, as usual the home became a character in the movie. It shows the rise and fall of this family. The small homage to The Good Son was wild. I’m not even sure if it was an homage to The Good Son but it felt powerful. Trauma and life will change a person.

Esther certainly manages to control her environment, and the chaos she has been ensued in. The composing and song choices were great.

Orphan: First Kill is a movie you should check out. It comes out on August 19, 2022. What’s next for Esther?

MAKE SURE TO CHECK OUT ORPHAN: FIRST KILL.