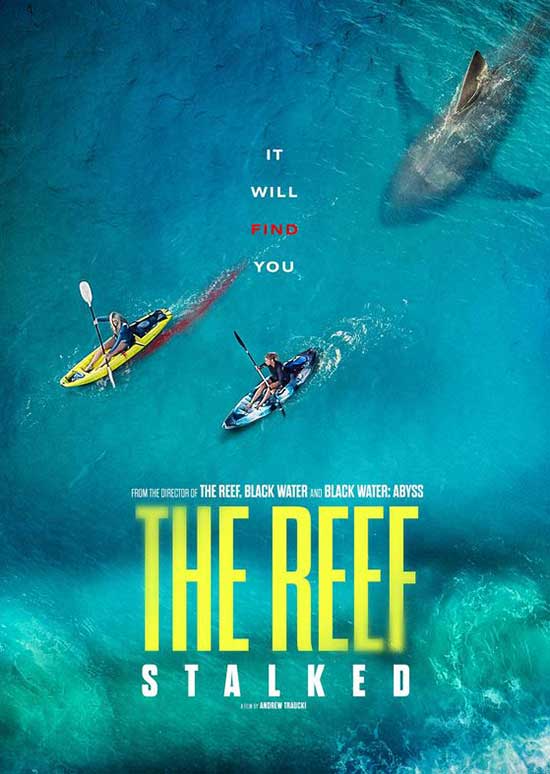 Several months after her sister is murdered, a young woman, her other sister, and some of their friends go on a sea diving trip only to attract the attention of a hungry shark who wants to gobble them all up.

Let me just start off by saying that I love sharks. Ever since I was a little kid, I have been fascinated by them and think that they are just the most awesome and beautiful (as well as misunderstood) creatures ever. I’ve always enjoyed a good killer shark movie (even if most of them are not entirely accurate) and over the years I have seen a ton of them, some of them great while others are not so great. After watching The Reef: Stalked, I can say that it falls somewhere toward the latter. It wasn’t terrible, but at the same time if was far inferior to the 2010 film that preceded it. 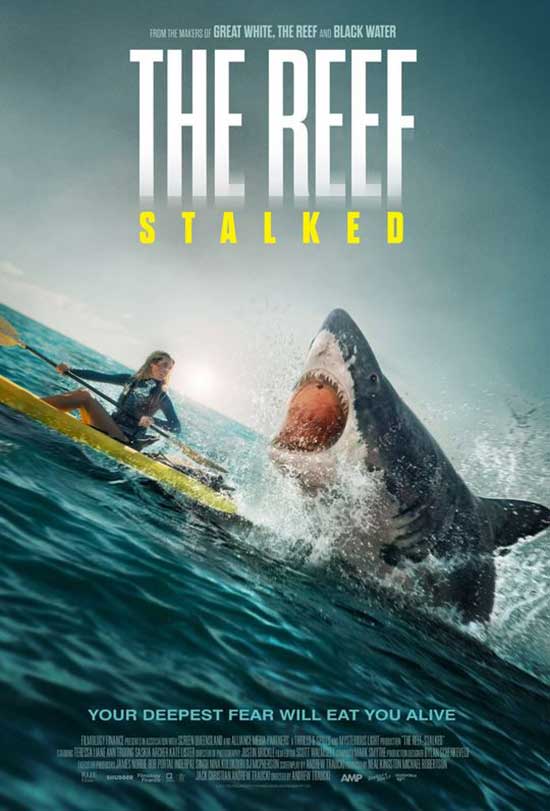 The plot has a “been there, done that” feel to it. If you’ve seen any of the numerous shark movies that have come out over the years that featured a group of people being stranded in the ocean and terrorized by a shark (or sharks) then you’ve pretty much already seen this movie as it doesn’t bring anything new to the table. We have a group of women out on the ocean trying to have a fun time but before you know it a shark shows up and ruins the festivities by trying to eat them. Of course, our heroes squabble, do stupid stuff that they shouldn’t do, and do basically everything else characters in these types of movies always do. To say that this movie suffers from a huge lack of originality is an understatement, and I think that is its biggest flaw overall. It’s just interchangeable with countless other killer shark movies and it doesn’t try anything new or original, and as such it just gets lost in the shuffle and is easy to forget (or even overlook completely). I know it may be hard to do something new with a movie about a shark eating everyone in sight, but the people behind The Reef: Stalked didn’t even try. 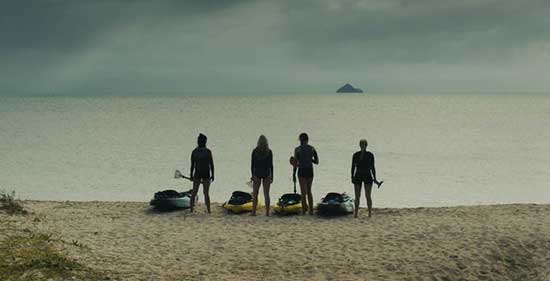 The cast is just OK at best and most of the characters are just walking stereotypes. It’s easy to figure out who is going to become lunch for the shark and who is going to survive to see another day. Teressa Liane is fine as the main character Nic, but she doesn’t have a lot of depth other than the fact that she is mourning the death of her sister. Saskia Archer plays her younger sister Annie, and she is just sort of there and is just not that memorable. The same can be said for Ann Truong who plays their friend Jodie, and their other friend Lisa (Kate Lister) really isn’t around long enough for us to know anything about her. None of them have interesting or well-developed personalities, so it’s awfully hard to really care about any of them to be brutally honest. 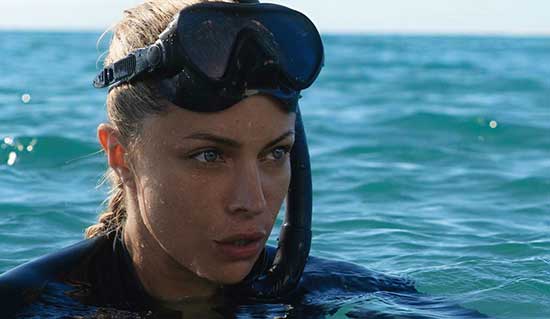 I think my biggest complaint about this movie is that it has no connection to the original film other than by name only. I really enjoyed The Reef and thought that it was a suspenseful, interesting, and somewhat scary film at times, while this one was really none of those things. It has nothing to do with the first film and could have been called pretty much anything else to be honest, much like the last two Open Water films which had nothing whatsoever to do with the original and they were just called sequels to cash in on the popularity of the first film. That is essentially the case here, so if you’re expecting some sore of continuation from the first movie you are going to be extremely disappointed. 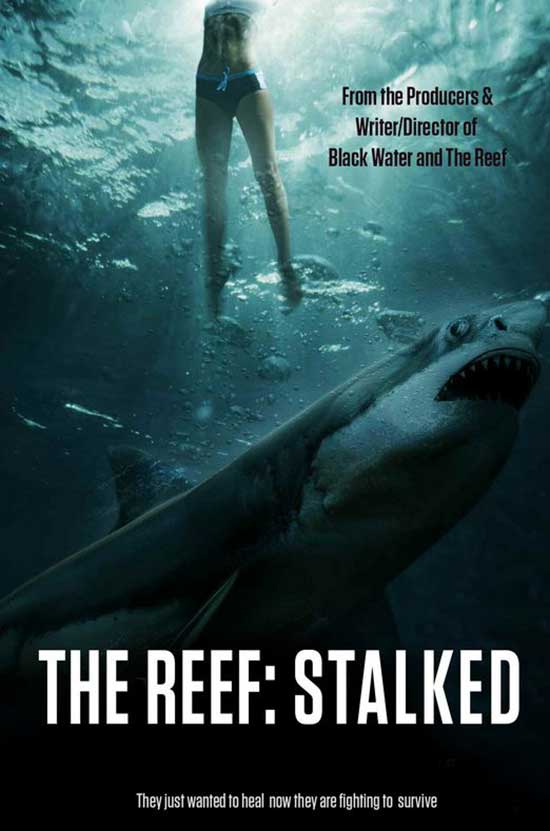 The Reef: Stalked isn’t great, but it isn’t nearly as bad as some of the other reviews out there make it out to be. It pales in comparison to the original film and suffers from a total lack of originality, but it’s watchable if you are bored and have nothing better to do and want to watch a movie about a shark devouring people (hey, it’s way better than The Requin if nothing else). I think that one of the key issues here is that much like zombies, sharks have been played out in horror movies and they have become stale. I think it’s time to give killer sharks a break for a while as they have been done to death in recent years and viewers are starting to tire of them. As I said earlier, this movie isn’t the worst shark movie I have ever seen, but at the same time it isn’t anything special. Check it out if you are into these types of movies, but don’t expect to see anything you haven’t already seen countless times before or to be blown away by it.