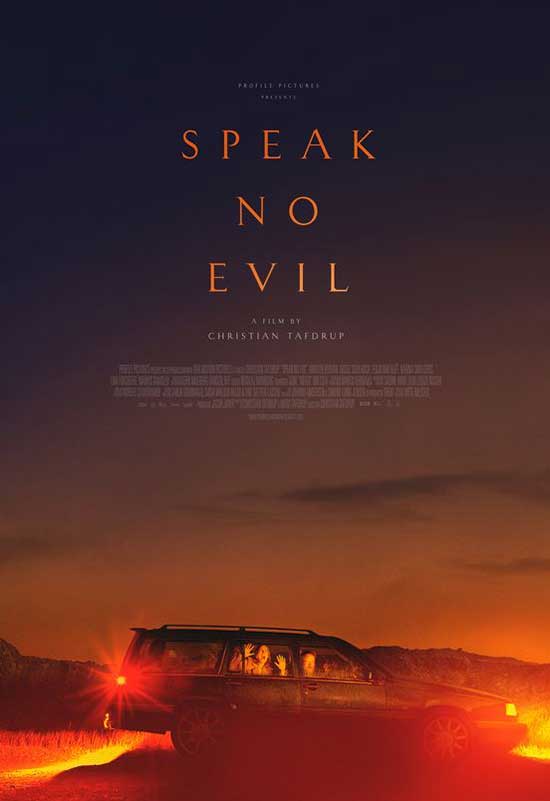 A Danish family visits a Dutch family they met on a holiday. What was supposed to be an idyllic weekend slowly starts unraveling as the Danes try to stay polite in the face of unpleasantness.

No one likes to be involved in an awkward situation, but everyone likes to witness it. However, in “Speak No Evil”, a Danish film that made its Canadian premiere at Fantasia Festival, things escalate far beyond an uncomfortable silence at a dinner party. Far, far beyond. 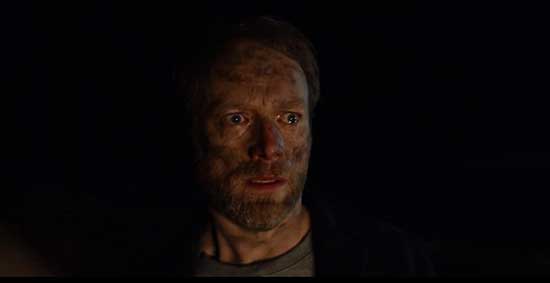 A Danish family befriends a Dutch one while on holiday in a gorgeous scenery while on a trip to Italy and become such good friends that they exchange personal information. A few months later, the Danish family is invited for a short getaway to the other clan’s home and take a little road trip after accepting the invitation. Upon arrival, situations go from eyebrow-raising, to odd, to downright creepy. And that’s not even the worst of what is to come. 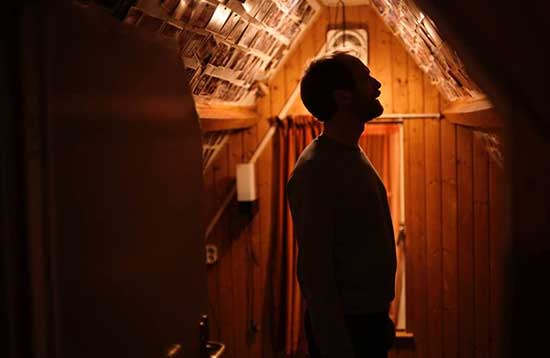 Co-writer and director, Christian Tafdrup, slammed a tension-filled tour de force onto the unsuspecting Fantasia crowd, in downtown Montreal, Quebec. Those who had seen the trailer for “Speak No Evil” knew that they were walking into a strained atmosphere with this film, but they had no idea to which extreme it would be taken. He has created a crescendo of awkward and shocking, culminating to a “Funny Games” level of sociopathy and despair. Tafdrup demonstrates unorthodox, yet captivating, directorial techniques, like his use of musical scores, for instance. An ominous soundtrack is utilized in what is seemingly the most ordinary of scenes, creating tension for the audience without anything threatening actually occurring onscreen. Then, stunningly appealing music that you would rarely hear in a horror movie can be heard in the most gruesome of scenes, creating an important contrast for both types of passages. His camera shots, whether for the beautiful outdoor scenery or zoomed in facial expressions in moments of discomfort, are equally entertaining in their respective ways.

Some events in the script are (purposefully) head-slapping moments. Of course, they happen so that the movie may have a continuation, but they are also real-life happenings that (usually) won’t have an excruciating painful outcome like in this film, so despite determining that some of the characters’ decisions seem ridiculous, they are perfectly human reactions. There are numerous instances where viewers will be pleading for the small, innocent family to keep driving, or not go accept certain propositions, but it will sadly be to no avail. One of the main protagonists, Bjørn (Morten Burian), is so reserved and introvert that it becomes excruciatingly infuriating, at times, to watch him remain almost inert in moments where he should be thrashing about with all his might. The audience will most definitely feel compelled to scream at the screen, in regards to Bjørn. At the other end of the spectrum, the eery Patrick (Fedja van Huêt) seems so convincing in his heart-warming and unselfish ways before finally revealing the hideous monster that he is, along with his equally persuasive wife, Karin (Karina Smulders).

There is a general sense of uneasiness that lays over the movie’s atmosphere as soon as Bjørn and his family arrive to their new friends’ home. That feeling mutates into pure dread and desperation as the tale wears on and events spiral way, way out of control. Tafdrup is definitely a director to keep an eye on in the horror world because of this modern-day cult film he has shaped.

“Speak No Evil” could be separated into 3 acts. An introduction that seems uplifting and pleasing; a middle frame of oddity and discomfort; culminating into an in-your-face shocker that will chew up your emotions and spit them out carelessly. By the time the pieces of the puzzle are set in place and the end credits roll up onscreen, the title to Christian Tafdrup’s hurricane of madness will take a whole new meaning. Brace yourselves, check your emotions in at the door, and let this Danish slice of Hell ruin your day (in a good (?) way) as receives a solid 8/10.