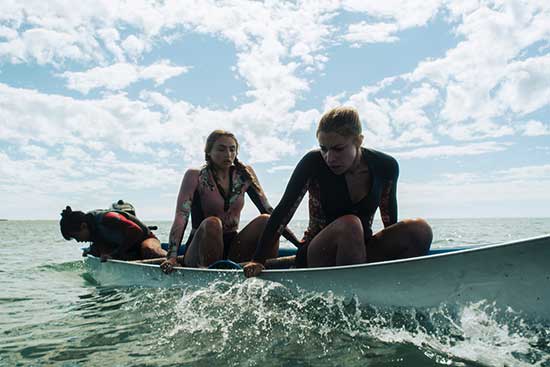 “Audiences have an insatiable appetite for shark films, which we know first-hand from our incredible experience releasing The Reef years ago,” said Mark Ward, Chief Acquisitions Officer of RLJE Films. “We are thrilled to be working with the team again to bring this new terrifying adventure to audiences.”

In THE REEF: STALKED, Nic, in an effort to heal after witnessing her sister’s horrific murder, travels to a tropical resort with her friends for a kayaking and diving adventure. Only hours into their expedition, the women are stalked and then attacked by a great white shark. To survive they will need to band together and Nic will have to overcome her post-traumatic stress, face her fears and slay the monster.

Hi Teressa, it’s great to talk to you today. I loved this movie. It was a blast but the story was great. You feel for the characters and you kicked ass in this movie. 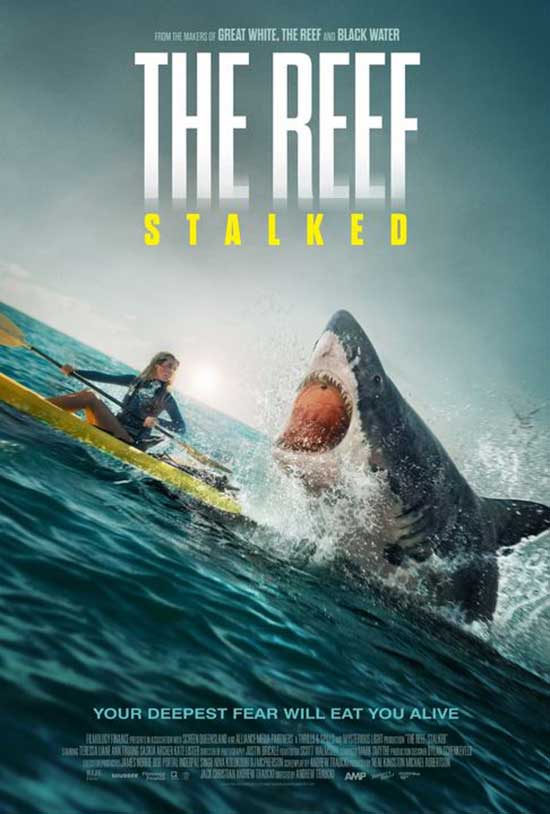 Why did you decide to take on the role of Nic, and how did you get involved?

Teressa- The preparation for it was definitely approaching it from an emotional stand point. The physicality, I knew that was going to be there, and that was its own area of training. I wanted to focus on what she was struggling with, which did stem from the PTSD, and the trauma. I wanted to deep dive into all of this. I would try and get my head around how everyone was impacted in different ways. There were so many challenges but I wanted to help her heal through this.

It’s a beautifully shot film. Did you guys get to actually shoot in the ocean?

Teressa- Yes, so many people have asked that. I would say ninety nine percent of the film was shot in the ocean. The crew was out there and it was long days but it was in this beautiful location. We shot in Bowen, Queensland, I’ve never been there before.

Teressa- Yes, it was nice to work at home for once. I love working in the states but to have the opportunity to work so close to home was so cool. It was nice meeting the locals also.

I love shark films, and sharks in general. I feel as if they are so misunderstood. Were you nervous filming or were you good to go?

Teressa- I was good to go, but we did have a safety team on the lookout. Sharks are beautiful creatures, and I’m more interested in them now after working on this. 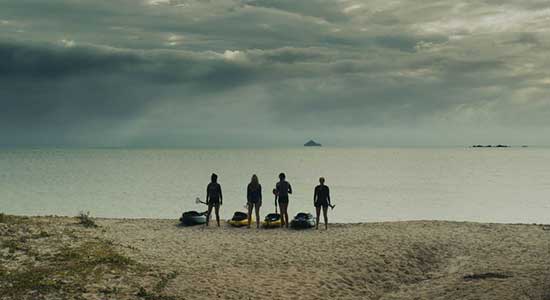 Teressa- I’m not really working on anything right now. I’m just checking in with friends and family. I’m keeping my eye out for the next project.

What was it like working with the cast and the director? It really felt like you knew each other forever.

Teressa- Oh, that makes me so happy when you say that. Honestly the girls that I got to work with, genuinely I love them. We wanted to talk about the work and where we saw ourselves but the dynamic of the friendship sort of became what naturally was with us girls. There was genuine emotion and care for each other.

Thank you, Teressa so much for taking the time to talk with me today.

Teressa- Thank you so much. It was nice chatting with you.