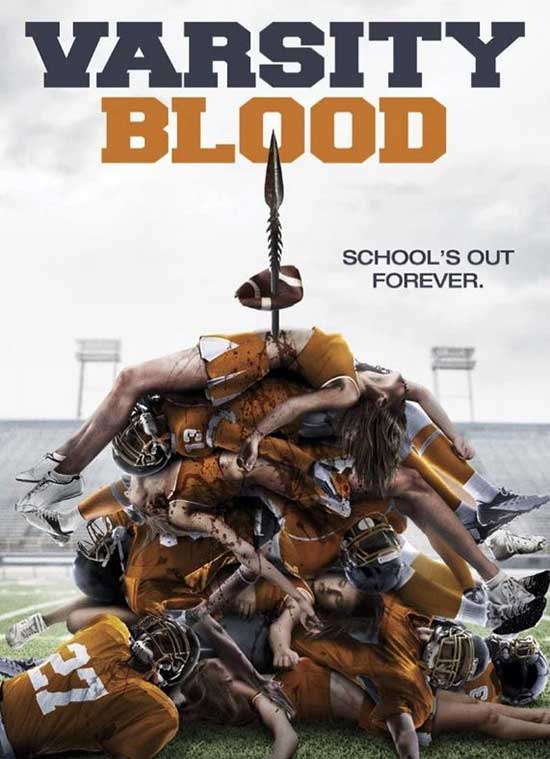 A group of high school cheerleaders and football players are terrorized by their school’s homicidal mascot after the death of a classmate.

I thought that Varsity Blood sounded like it might be a fun little movie when I first heard about it so I went into it with high hopes. The premise sounded like a blast and so I was excited to check it out since it sounded like a cool little 80s slasher throwback. I have to say that after everything was said and done, I really enjoyed it and had a great time watching it as it was everything that I hoped that it would be. 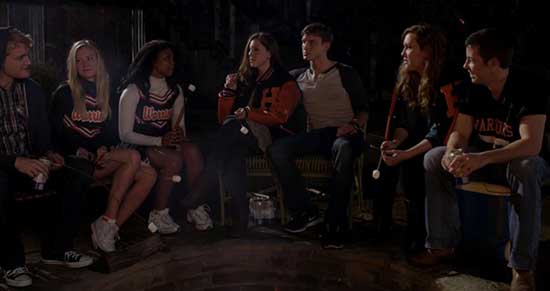 The premise may not be the most original in the world, but that’s OK because it works. Basically, we have someone running around in a high school mascot costume slaughtering people and we must figure out who the killer is and what their motive is. Sounds fun, right? I assure you that it is. It reminded me of a lot of old school slasher films from back in the day, especially the highly underrated Girls Nite Out from 1982 as it had a similar premise and featured a killer mascot just like that film did. While it takes place in the present day it still has a lot of elements of a classic old school slasher, and I can honestly say that the people behind it got it and gave a great nod to these older movies without being pretentious or anything. 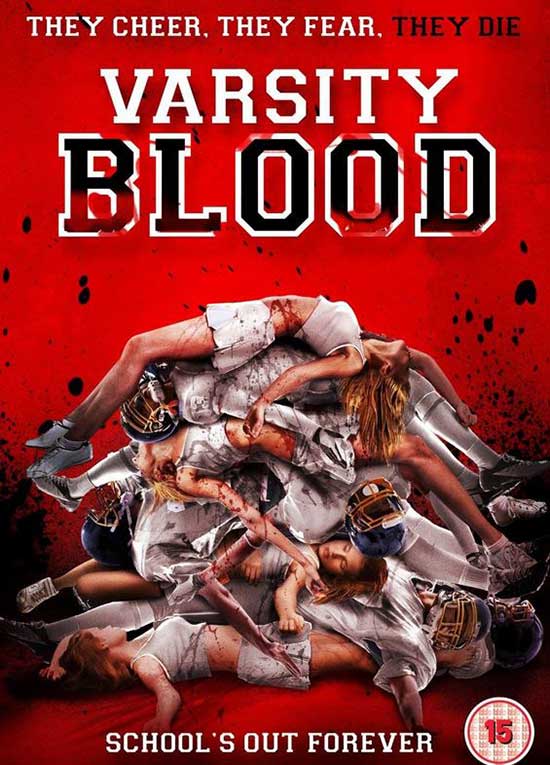 I’ve always been a huge fan of slasher flicks from the 80s as most of you know, and I really dig the ones where you must figure out who the killer is before the characters do, and that is exactly what happens in this movie. I had a blast trying to figure out who the culprit was, and while it is fairly easy to do and I’m not so sure that I was really into the person’s motive, I still enjoyed the big reveal at the end. Most viewers won’t have a great deal of trouble wading through the red herrings and everything and will be able to deduce the killer’s identity with very little trouble, but I still have to give the folks behind it an “A” for effort as they were at least trying, which is more than I can say for a lot of similar films I have seen lately.

While the characters are all just basically walking stereotypes I can’t complain because I liked them and thought that the cast did a good job of bringing them to life. We have your slutty cheerleader, the virginal character (who isn’t the final girl for once), and the asshole jock that you love to hate that you can’t wait to see get killed. It was cool that Debbie Rochon pops up at one point (playing a character named Nancy Wallace in a nice little nod to Halloween) and while she doesn’t play a huge part it was nice to see her as always. 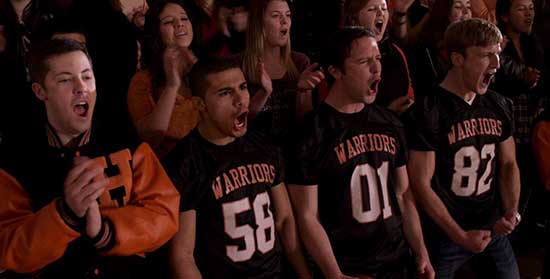 The death scenes also rock as well and were a lot of fun. While we don’t get a huge variety and most of the kills aren’t that original, I still enjoyed them for the most part. We have death by bow and arrow, by tomahawk/hatchet, and one poor character is pinned against a tree by a car, and we see her intestines hanging out of her body as a result. The killer in this movie doesn’t mess around and makes short work of his/her victims, and I had a great time watching him/her go to work and leave a pile of dead bodies in his/her wake. 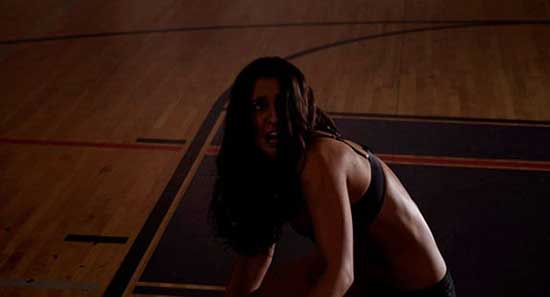 Overall, I dug Varsity Blood (cool bit of trivia, it was actually filmed at the same high school where Varsity Blues was filmed back in the day and the writer/director went to this school back in the day). It’s just a fun movie in general and if you love 80s inspired slasher flicks as much as I do, you will enjoy it as well. Check it out if you get a chance, you won’t be disappointed.