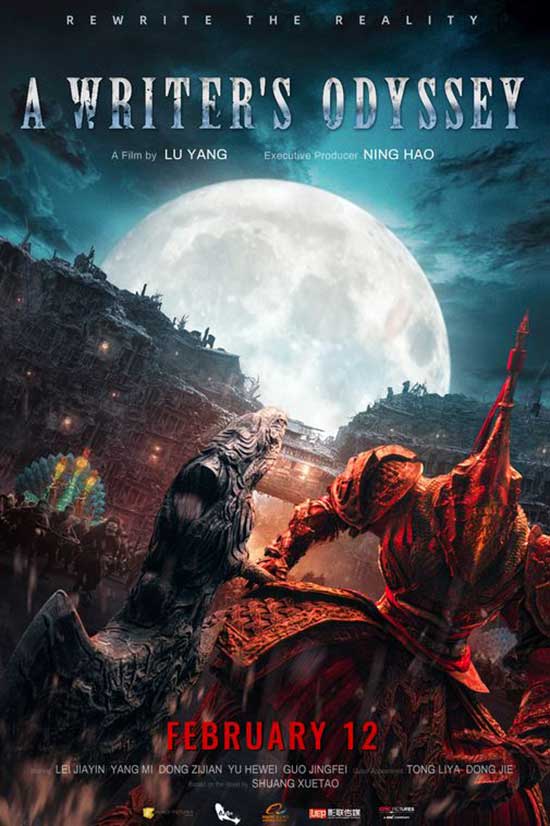 Six years after the abduction of his daughter, a man is hired to kill the author of a fantasy novel, but the world of the novel seems to intersect with reality.

The director Lu Yang (Brotherhood of Blades, The Sacrifice) brings together two parallel worlds in a high energy fantasy adventure, filled with action and first-rate special effects. It is not film completely devoid of problems, but whatever shortcomings it does have are easily forgotten as the well-crafted visuals and energetic storytelling take over.

The story follows Guan Ning (Lei Jiayin) whose life has been devastated by the disappearance of his daughter six years earlier. Convinced that she was taken by human traffickers, Guan has spent the last half a decade tracking down the people who took her, and it is during one these encounters that we enter his story. After facing yet another dead end and getting in trouble with the local law enforcement, Guan is rescued from a tricky situation by a mysterious woman called Tu Ling (Yang Mi). She is working for a famous tech entrepreneur Li Mu (Yu Hewei), who claims to know the whereabouts of Guans daughter and is more than willing to reveal it to him, as long as Guan is willing to do him a small favour: assassinate a young fantasy author, Lu Kongwen (Dong Zijian).  While murdering a perfect stranger is certainly not something that Guan was planning on doing, the urge to see his daughter is far too great and reluctantly he agrees to the job. However, after meeting Kongwen, it quickly becomes obvious that things are not as straight forwards as they might have first seemed.

Alongside Guan’s story the film follows Kongwen’s fantasy hero, also known as Kongwen (and also played by Dong Zijian). He is on a mission to kill the evil Lord Redmane that rules the local area with the aid of his murderous, crimson cladded assassins. With the help of a young orphan girl Shuan Zi (Wang Shengdi doing a double role as Shuan and Guan’s daughter Tangerine) and a magical talking armour, Kongwen goes on an epic quest to do the impossible: to kill a god.  The lines between fantasy and reality are blurred as Kongwen’s story starts to affect the real world, having very real consequences to both Guan and Li Mu. 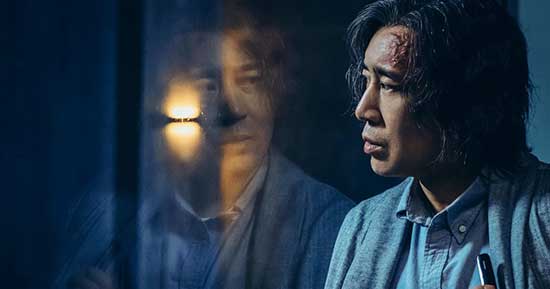 A Writer’s Odyssey is a fun watch for sure. The contrast and interplay between the real and fantasy keeps the story interesting, with the more outlandish parts balancing the film’s grittier themes. The story moves with a brisk pace, leaving no time for getting bored and the mystery behind the disappearance of Guan’s daughter and the curious link between the two worlds, keeps one intrigued. Special effects are a very decent quality and from nightly rooftop chase scenes to epic battle spectacles, the film delivers some great quality entertainment.

Where the story does fall down slightly is bringing together the little side plots that it teases the viewer with. Most noticeable of these is Guan’s superpower of being able to throw objects at great speed, as well as guiding them through the air to their desired targets. No satisfying explanation for this is ever given, leaving a distinctly unsatisfying aftertaste in its wake. The film also lacks any meaningful character development and any attempts to deepen the characters’ backstories and motivations are left relatively shallow.

However, in the grand scheme of things, these are tiny niggles. Yes, a more satisfying conclusion for some of the plot points would have been welcome, and perhaps the film could have had room for slightly deeper character studies, but in the end none of this takes away from its entertainment value. The story sucks you in from the very beginning and the nearly non-stop action and splendid display of special effects will keep you watching till the very end.

I highly recommend A Writer’s Odyssey for anyone looking for a light-hearted fantasy adventure. No need to use any brain power; just switch the film on and let the whimsical action take you away.