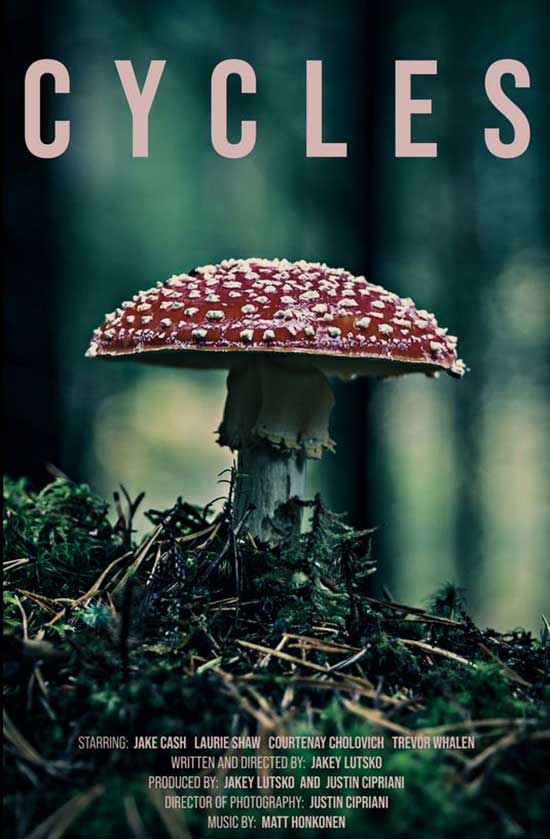 In this psychological, horror short, Jake, a young man in his mid-twenties, simultaneously deals with multiple traumatic events. As he navigates these experiences, something has taken root inside of his mind that he may not be able to take control of.

Cycles was directed and written by Jakey Lutsko. It stars Jake Cash, Laurie Shaw, Courtney Cholovich, and Trevor Whalen. Okay, so I will admit it, I saw the mushroom on the poster, and I was immediately drawn to the film, and not because of the visual of the mushroom but what it entails.

There is a strong psychological aspect in Cycles. Jake (Jake Cash) is going through a lot. Could we take a moment to talk about the actual plugged in house phone, no cell phone, what kind of sorcery? The mind is powerful, people can hurt one another just by opening their mouth.

Jake is going through it. Jakey Lutsko delivered something wild with Cycles. That eleven minutes, and twenty-seven seconds was insanity. A beautiful film with a powerful message. Take care of yourselves and others folks.