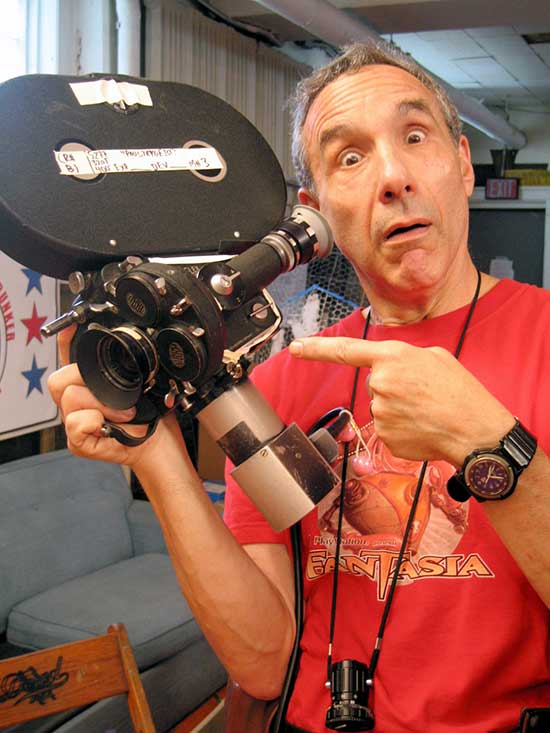 Lloyd Kaufman is an ICON, a LEGEND. He deserves those words next to his name. He was making movies that have been ahead of the times for years. He is the President & Co-Founder of Troma Entertainment. Lloyd is a director, producer, actor, and documentarian. His film, #ShakespeareShitstorm had an exclusive premiere at Panic Fest 2022. It was an incredible turn out with Mr. Kaufman receiving a standing ovation. He took time to talk with Horrornews.net about the fans, the love of Troma, and making movies and magic Lloyd Kaufman’s way.

Hello, it’s such an honor to talk to you. How are you doing?

Lloyd Kaufman- Hello Janel, how are you doing? Thank you for your Troma Love.

Lloyd Kaufman- Thank you very much. Panic Fest was great.

How did you feel about being a part of Panic Fest?

Lloyd Kaufman- The films were great; the fans were great. Adam and Tim clearly loved the films. The audience seemed to love #ShakespeareShitstorm, there was a standing ovation. The Q&A was great. I couldn’t have asked for a better experience. There will be an encore screening of Shakespeare’s Shitstorm.

That’s awesome. Congratulations to you.

Lloyd Kaufman- Thank you again, and thanks to Adam and Tim.

How did the idea for #ShakespearesShitstorm manifest for you?

Lloyd Kaufman- The Tempest has always been my favorite Shakespearean play, and I would have done it years ago when James Gunn and I did Tromeo and Juliet but I wasn’t old enough. I really wanted to feel the loss of power that Prospero is feeling, also The Tempest is the trippiest of Shakespeare’s plays, it’s got a monster and that’s up my alley. It’s got fairies, that’s up my alley, it’s got scientific subtext about earth, air, fire, and water. It was Shakespeare of course. It was, arguably Shakespeare’s last play, it’s not one hundred percent but I think most people that it is. I suspect that #ShakespeareShitstorm will be the last movie that I direct. I’m producing more films but I haven’t found anything that I care to have six weeks of stress on-set and end up with vertigo. But, if you or your followers have a great script and truly original, just so it’s one of a kind. I’m producing some new films. Some of the new movies are on TROMA NOW! Panic Fest has wonderful movies. We had a great set-up; we had a booth with merchandise. The fans are great, the house was full. Were you able to attend the movie?

I am covering Panic Fest virtually. I’m always so excited. They make you feel so welcome. It’s such a wonderful festival. I have to ask you about the fans, for example a friend of mine, Jeff Donchez carved a Toxic Avenger pumpkin. It’s amazing. Over the years, I have been able to say Hello to you at conventions and the fans always come out. We all have this love for Troma and for the work you do. You mean a lot to us.

Lloyd Kaufman- First of all, thank you Jeff, thank you everybody. Troma doesn’t have a huge following but I think we have a lot to say. Thanks to the fans, they are the secret sauce. Troma is already here for fifty years. It’s the energy and the love of our fans. It’s a two-way street. They love us, and we love them, and they keep us going. They tell their local movie theaters to play our movies. 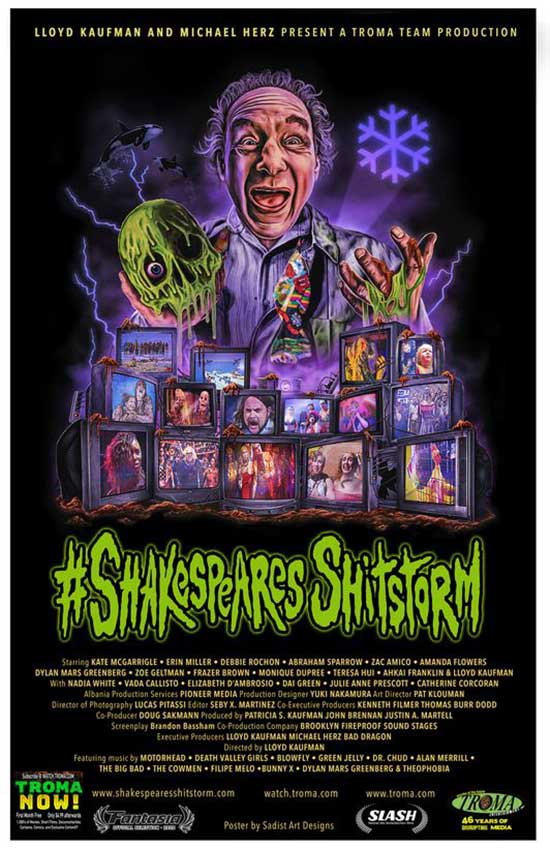 Lloyd Kaufman- That’s a good question. I think like with most technology… we did some CGI with Return to Nuke ‘Em High but it was abstract CGI. We did use CGI but it breaks the fourth wall. It was almost making fun of CGI. With #ShakespeareShitstorm we attracted some great CGI artists.

You are working with Monique Dupree in Shakespeare’s Shitstorm; I love her, she’s an amazing human and so talented, and her husband Saint is such an amazing writer. What was it like working with everyone?

You have created so many iconic films and characters. Do you have a favorite so far or do they all mean something different to you? 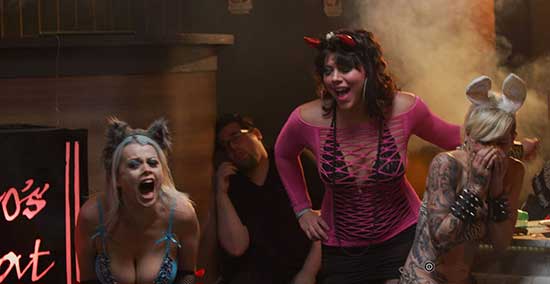 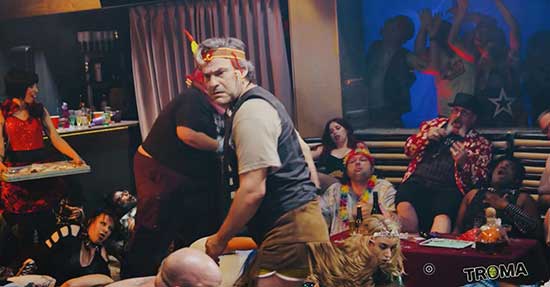 What do you want to say to the fans and to everyone that will be watching Shakespeare’s Shitstorm?

Lloyd Kaufman- The people that have supported Troma for all these years, I made this for you. I think there are some important themes within the movie, like all of the movies I’ve directed. The Toxic Avenger was inspired by everywhere we went camping there was crap everywhere. It was about the environment. Poultrygeist: Night of the Chicken Dead is anti-fast food. They all have one foot in some kind of social issue. We try to make good movies that are entertaining. “Movies of the future” but now it’s “Disruptin.” Forty-nine years, almost fifty years of disrupting. 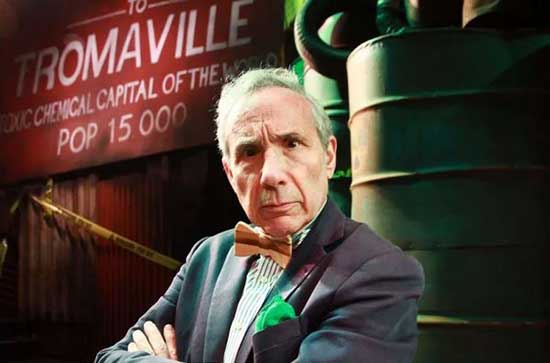 I thank you so much. It was an honor to talk to you. You have inspired so many of us. Thank you. And the fans will figure something awesome out to celebrate fifty years.

Lloyd Kaufman- Thank you, Janel. Thank you for the TROMA support.  Maybe we will change our logo for the 50th Anniversary.