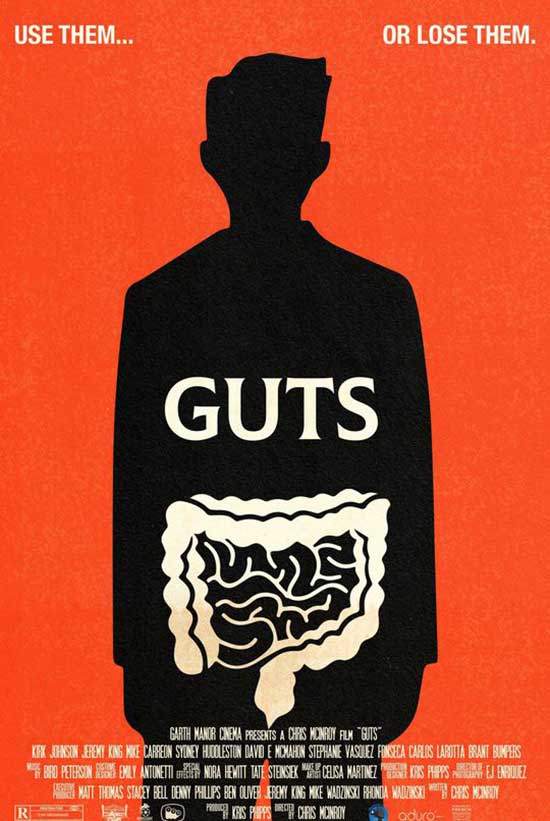 A worker with an awkward disability nevertheless strives to succeed in his office job.

Directed and written by Chris McInroy, Guts is fucking amazing. Horace (Kirk C. Johnson) is known as the “guts” guy in his office. He goes in to see his boss and well, he is trying to get a promotion, and he’s “gushing with ideas.” I cannot even tell you how happy this short film is making me.

He leaves disappointed and no promotion He’s greeted by that overly excited by everything employee, Ronald (Mike Carreon), and Janet (Sydney Huddleston), the quiet, polite employee. We meet Brody (Jeremy King) who “smells way better” than everyone. That was a great Macho Man Randy Savage impersonation. Horace’s guts are outside his body.

The comedy and what’s happening in this short film is just powerful. We live in a world where everything sort of happens and goes on and on. The corporate world doesn’t always appreciate the employees. This short film delivers a thought provoking, and super-duper stomach-churning message. It’s also the most accurate depiction of what the corporate world can be like. It’s quite accurate.

The cast does a great job, Kirk C. Johnson is so funny.

GUTS is an excellent short film, Chris McInroy did a great job. I watched this and laughed, and cried, laughed more. What a great short film to follow The Rotting of Casey Culpepper.

Make sure to check out GUTS the short film, and Panic Fest 2022.