Home | Interviews | Exclusive Interview: Tennille Taraszkiewicz (If I Can’t Have You)

Exclusive Interview: Tennille Taraszkiewicz (If I Can’t Have You) 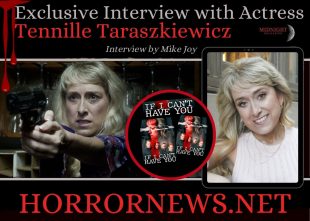 IF I CAN’T HAVE YOU | Midnight Releasing

How did you get attached to IF I CAN’T HAVE YOU?

I guess you could say I was the project initiator. I pitched the idea to the writer/director/actor Matt Santia. Peter was the next team member to come on as DP and co-director. The goals was to get our first feature film completed so we could start to learn the distribution channels.

Tell us a little bit about your character, Diane?

Diane is completely irresponsible, and a bad mother, but “appears” to have her life in order. She plays into the clique of the victim that causes her own dilemmas’. Despite being an educated psychologist she can’t seem to surround herself with any stable people. Diane’s able to get herself out of most situations so you don’t really think of her as bad because she hasn’t paid the consequences for her poor choices yet. 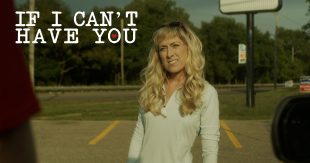 How was it working with the directors, Peter Poulos and Matthew Santia?

I feel like together we are a dream team – balanced, supportive, complimentary. Continuously evolving our creativity and productivity. Peter was the DP of the first film I produced in 2016 and Matt helped me write a script in 2018 so there was an existing connection.

The most fun scene was in the gym parking lot with Matt Santia (Oliver). It was very playful and the dialog was fast paced. The most intense scene was the office confrontation with Todd Calvin de Pew (River). I love the way it cut together. I could feel the tension and awkwardness between the characters when I watched it edited. 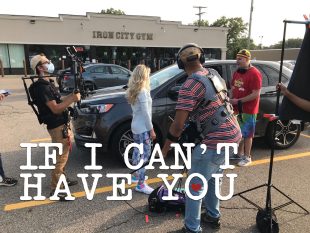 Honestly Covid was our main difficulty. We were scheduled to film during the lockdown and had to reschedule production.

It’s completely unique! It’s self-aware but not in your face. We’ve been told it’s a savvy blending of horror and humor. I also feel like the audience will appreciate the nostalgia of 80’s and 90’s stalker cliques being gently poked at for the mere purpose of entertainment.

I’m really new to the horror genre because of my surrounding filmmakers. I always liked Scream, which was a big influence for “If I Can’t Have You.” I think they did a fabulous job with the re-quel and it re-energized the self-aware/meta movie vibe right before we released “If I Can’t Have You.”

I liked the camera as a young girl but went the corporate route after college. Once the incentives came to Michigan I started getting interested thinking acting could be a possibility. From there, I learned how to make films, and I haven’t looked back since 2016.

The filmmakers around me give tremendous inspiration. Our ideas grow into so many directions. I also like to benchmark what’s already been done to make sure we’re doing something familiar but original.

I have an acting & producing role in several upcoming projects; Miss Rainbow Magic, Dominus, Gem Naturals, Royals, and I’m most excited for Chasing the Ghost.