PIGGY is coming to DVD on May 31st from Bayview Entertainment 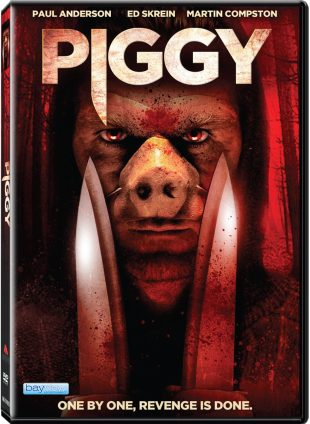 PIGGY, a new breed of vigilante is coming to DVD on May 31st from Bayview Entertainment. Directed by Kieron Hawkes and starring Paul Anderson, Ed Skrein, and Martin Compston.

London, modern day: Joe, a mild mannered young man is bored by his life. When his beloved brother is murdered Joe finds solace in Piggy, one of his brother’s old friends. Piggy helps Joe to cope with grief, intent on saving him and helping him get justice for his brother’s killing. As their friendship grows Joe finds himself in an increasing dangerous and murky world of violence and revenge. As Joe life collapses around him he starts to question who Piggy really is, and how honest he’s really been with him. When Joe confronts Piggy a series of events are put in place that lead to a disastrous climax.