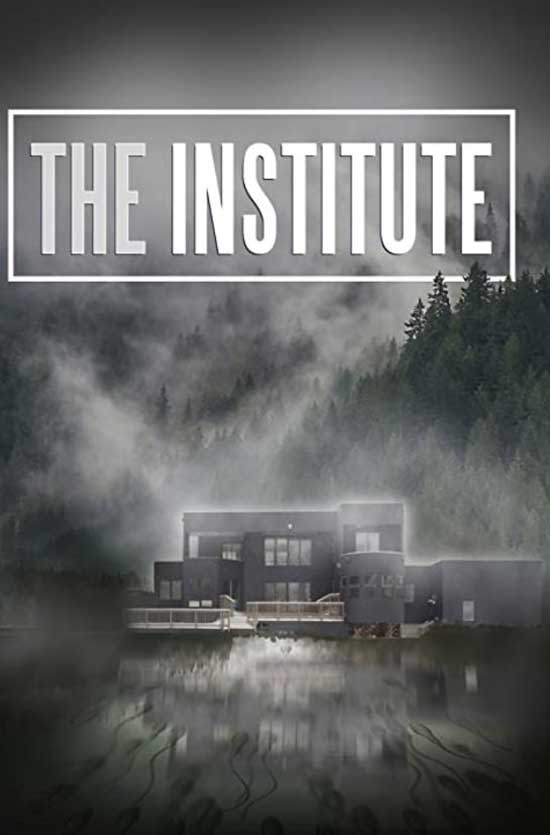 The film tells of a young couple, desperate to have a child, that begin treatment at a renowned doctor’s secluded facility. The couple becomes suspicious when the medical regimen brings on psychological side effects and try to learn the truth about The Institute.

The Institute was written and directed by Hamza Zaman. We meet Marie Sullivan (Victorya Brandart) and her husband Daniel (Ignacyo Matynia). Marie is having nightmares and she apparently suffered the loss of her baby. Being a woman is difficult. We are expected to grow up, get married, possibly find a career, have children and raise them, and that is supposed to be our life.

Some people are not able to have kids and some times people see that as being selfish. I’ve met people in life that just don’t want kids or they are worried about something from childhood or an illness that may be passed along. Some people cannot have kids. Women are so many different variations. We love, we work, we feel things, we want good things, some of us have a lot going on. It’s a constant pressure you feel that you’re not good enough if you don’t fit in the perfect box.

Marie decides she wants to take a trip up the coast and Daniel finds holistic medicine for Marie to try. They want to try the natural way, no more I.V.F. Marie tries the natural medicine and it doesn’t go too well for her. Daniel decides to do some research, he finds the Lands Institute. This place looks too good to be true. It was founded by Dr. Arthur Lands (Mark Lobene).

Marie is done trying but Daniel still seems to hold onto this hope that it could happen. Sometimes it just happens. Marie decides to go, and Daniel wants to be positive but Marie isn’t happy. As I said earlier, it is hard for women, and men. Daniel wants to make Marie happy.

Jack King portrayed by Richard Nwaoko who is just such a talented actor, Jack picks Marie and Daniel up to take them to the Lands Institute. It seems like Jack wanted to say more to Marie and Daniel but he was interrupted. This is too good to be true. Oh lord, I’m nervous. Marie continues having nightmares.

Oh, Marie and Daniel head to dinner and meet Steve Williams (Jarred Harper) and his wife, Mel Williams (Louisa Bradshaw), Izzy (Claire McClain) and Blu Foster (Joy Donze). They are also staying at the Lands Institute. Dr. Lands arrives and it gets weird quick. Everyone must eat, and drink the drinks, down the rabbit hole they go.

No one questions anything, there is a blissful elation with a Jim Jones type character at the forefront watching these people down and devour his drinks and food. It’s scary in a way, you want something so badly, and you’re willing to do this. Now they all head outside lost in euphoric hallucination-type behavior. Daniel is sick now.

Marie and Daniel’s bliss leads them back to their room. Dr. Lands is giving Marie a lay of the land and a life-lesson using plants. Did Dr. Lands change his gloves after seeing Blu. The examination made Daniel uncomfortable, he also noticed some stuff. We meet the Yogi, portrayed by the writer/director of the film, Hamza Zaman.

Marie and Daniel are embracing this natural lifestyle. Marie more than Daniel, as Daniel decides to go play investigator, just leave, just get out, it’s a NOPE from me. It’s nerve-wracking because Marie’s drawn in, and now it may be, oh, Daniel is crazy and doesn’t want to participate in the weird studies. Is Dr. Lands impregnating these women?

Now Daniel is having strange nightmares. You mean EVERYONE has tranquilizer darts?! This is so creepy and uncomfortable. It’s what a psychological horror movie should be. It gives you the creeps, it makes you think about stuff. Hamza Zaman and this cast did a great job. Mark Lobene does a great job as Dr. Lands, he plays him so calm, cool, and collected.

I would recommend watching The Institute.

Make sure to check out The Institute.