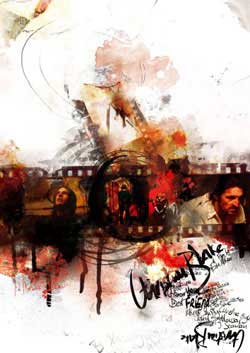 A young journalist’s trip to an asylum for the mentally insane yields strange fruit when she speaks with Christian (writer-director Eoin Macken), a darkly disturbed patient who reveals his mysterious past in a shockingly candid interview. Through flashbacks, a twisted story begins to take shape, involving friendship, jealousy and betrayal of the cruelest kind. And the ending? It’s anything but happy.

I sat down to watch “Christian Blake” no less than five times. I’m really not a fan of this type of film, though I could be if done properly. For whatever reason, this film didn’t work for me. I’m not saying that it is a bad film, it was good, but for me, something was way off and no matter how hard I tried, I joust could not immerse my film into the film. Eoin Macken wore multiple hats on his first directorial effort, including writing, producing, editing, as well as playing the films title character. Talk about stretching yourself thin.

Christian is a sociopath who is confined to a mental institution where he is continuously given poor treatment by the staff. You young lady would like to speak to Christian and her true motives are later revealed. Christian is in love with his best friend Steve (Donal Patterson).

Steve is in love with his girlfriend who finds out of Christian’s obsession with her boyfriend. Christian kills her and ends up in the institution. The film is told in flashbacks, we see the relationship between the two men and how the girlfriend feels that they should separate themselves from Christian.

In the institution, Christian spends his time working out, fine tuning his body for attack. When the reporter who pays Christian a visit discloses her true intentions, Christian goes on a rampage, escaping the institution and seeks revenge on those who wronged him. Now, I bet you are thinking, “Hey, that sounds cool.” Well, it isn’t exactly cool. It takes close to 50min of the films runtime to get to that point, which doesn’t really leave much to get in to. I’m not sure what my problem here was.

I think it may have been the script. While the story was strong and it could have worked, but I didn’t like the way the film was told out of order. For this particular story, it just didn’t work. It was more confusing than anything. The acting was pretty solid but I really feel that the characters were underwritten. I never felt that Christian was in love with Steve. That concept should have been the driving force of the movie and if you aren’t feeling it, the rest of the film just doesn’t work on the level that it should have. And without spoiling the ending, it really left me feeling the “That’s it!!!” feeling.

In my opinion, Macken was wearing way to many hats. I understand that when you are making an independent film with very little money that you have to do whatever it takes to get your film finished. Where he excelled in the acting department, as well as the rest of the cast, some of his editing decisions I would question. The film jumps around in time, back a few years when the murder of Steve’s girlfriend takes place to the current timeframe when Christian escapes. Sometimes the jumps in time just didn’t feel right or was timed horribly. This, along with the lack of strong characters, are what kept me from really enjoying the film. “Christian Blake” is not a bad film. There is a solid story and some strong performances. Eoin Macken is definitely a talent with a future.

Not sure yet if it will be in acting, directing, or both, but he will go places. There should have been more attention to the characters. I know the story is about Christian but I never felt like I knew Steve, the object of his obsession. For me, the story would have been better served it the film would have played linear. There are great movies that are told with scattered flashback and it is a great tool when used with the right story. “Christian Blake” just didn’t work for me that way. I do recommend this film, the final half of it is rather exciting and Una Healy contributed some great music that make some of the final scenes work. Just be patient with this one.