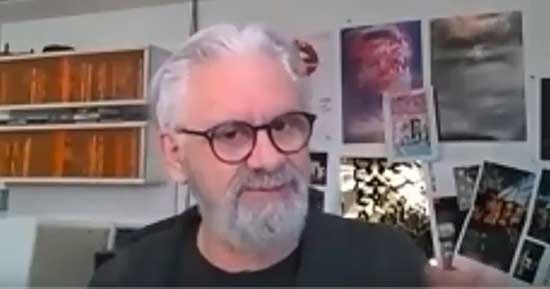 Production designer Michael Perry (Hell Fest, It Follows, Promising Young Woman) talks about working on The Texas Chainsaw Massacre (2022). He built a town, and he talks about what it was like working with the director David Blue Garcia. The Texas Chainsaw Massacre (2022) is on Netflix now and stars Sarah Yarkin, Elsie Fisher, Jessica Allain, Moe Dunford, Jacob Latimore, Alice Krige.

Hi Michael, how are you doing?

How did you get involved with The Texas Chainsaw Massacre or rather why did you decide to take on this job?

Michael- Ahhh, that’s the more interesting question. I was interested, for two reasons. It was a different take on the whole thing and taking what we all know and just twisting it a bit. The other thing is, we got to build Texas in Bulgaria.

Michael- Texas is interesting because it’s basically a little country on it’s own.  It’s so big that you can pretty much find things that are similar. There are huge sunflower seed farms in Bulgaria, that also exist in Texas. The town and architecture are unique on its own. There was an existing back lot. The way they did it was with pieces and back drops. We filled the whole town; we did forty facades and three interior and exterior sets. We laid down roads. 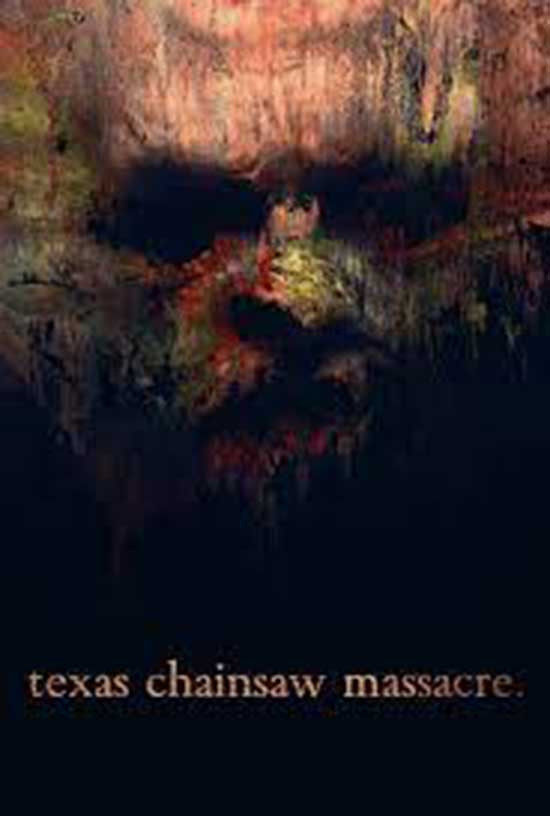 Wow, that’s amazing. The poster on IMDB, Leatherface is standing in sunflowers. Are those the sunflowers in Bulgaria?

What was it like working with David Blue Garcia, and how did you prepare?

Michael- David was not the original director, it was two other guys. When we got to Bulgaria/Texas. I developed the town with them, now they were going in a different direction with the script. Then production brought in David and Rick Diaz, his DP. We had shot for days and much of it was already done, designed, budgeted, and being built. I sat down with him and went through everything we did. He had a couple of shots in mind and architecturally we changed the street a little bit. We added two other sets. It was sort of an odd relationship for me because I’m usually there with the director and we put everything together. In this case, he and three days and he was up and shooting. He was a real bad ass to take that on. We would talk and make sure everything was prepared. I liked his take on it. It’s almost as if we’re more buddies than director and production designer.

I know you may not be able to answer this, but did you take any inspiration from the original film? The Texas Chainsaw Massacre (1974).

Michael- Yes, of course. There’s a couple of easter eggs in there, when you see the HARLOW sign, the population is 1974. The chainsaw is the original chainsaw.

Oh my gosh, I have goosebumps.

Michael- Nobody else has used except for… I can’t remember his name. 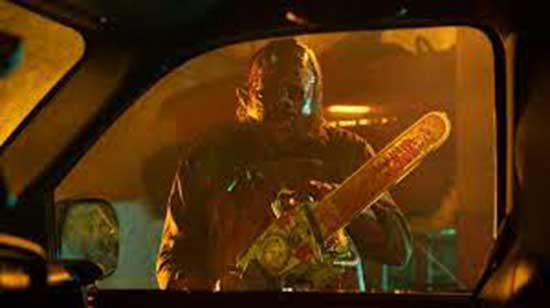 Michael- Yes, he kept that, and they gave us the rights to use it. We used it a lot, like anytime it was running, or you see any of the chainsaw moving. That’s the actual chainsaw.

I have goosebumps. That’s awesome.

Michael- As soon as we ahold of it, the first thing everyone did was take a picture with it. The first one had all that bone furniture. I didn’t want to go full gore with that because that isn’t how he is anymore. I did one bone chair that sits in the house. It was an homage. There’s a couple of shots David did that are right out of the first one, to the point of where we were looking right at the shots. It’s good to be honest with you. A couple of horror fans that I talked to said, it’s not what they expected.

I’m excited to see it but I will say I keep hearing it’s the plot of Halloween (2018). The original The Texas Chainsaw Massacre came out in 1974 and Halloween came out in 1978. I know that every horror film, and films in general all seem to slightly borrow or pay homage to one another.

Michael- Oh sure. I will tell you it’s not the plot of Halloween 2018. That’s not the story. It’s an original piece much closer in thought and layout. So, consciously we wanted to make a sequel sixty years later and we had a bigger budget, and I built a town.

That’s crazy too. How long did it take from start to finish to build everything?

Michael- From start to finish. I started working a week before we flew in. A few weeks in we got kicked out of the country because of Covid-19.

Michael- Yeah, then I came home but I was still on the payroll. I had about six weeks to lay out stuff and around the fourth week, my crew came back on in Bulgaria. The 3D set designers so by the time we got back was probably around the end of June. We were one of the first production to go up anywhere in the world. Nobody was shooting in Europe, and we were up and going. I didn’t get home until November, so it took us about five months. The only reason we were able to do it because they have so many talented craftsmen there. I would never have been able to get that done in Hollywood. All the brick façade that you see are all hand carved by these guys. The work is just stunning. 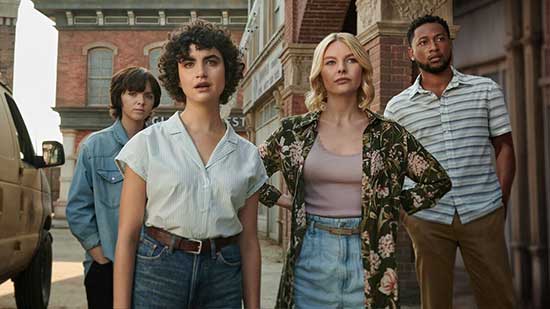 I always appreciate the sets and designs, behind the scenes. I always appreciate it because my moms an artist who can legit look at you and draw you. You have worked on so many incredible films like Hell Fest (2018), Promising Young Woman, and Under the Silver Lake.

Michael- Thank you. I try to not be bored.

Michael- Ahhh, good question. I’m in talks for a movie that I can’t talk about. Last week, Amazon had a rom-com on so it’s funny I have a beautiful little rom-com on one side and The Texas Chainsaw Massacre (2022) on the other side. Hell Fest (2018) to me was my opera. It was a big, crazy, fun set. Promising Young Woman, I do get hired for the looks at this point in my career. I consider It Follows, Promising Young Woman and Under the Silver Lake to be my artsy films. I talked with Carey Mulligan. I asked her what she would like to see and what she thought would be in the house?

Did you get to talk with Mark Burnham who plays Leatherface at all?

Michael- No, I did talk to Alice Krige who plays a mother figure. Alice and I go way back so she came up and we talked about things that would be in a house like that at that point, and all his items were more a discussion with the director. We created a space for him. When he puts that mask on, he’s so terrifying. He kept himself separate.

That’s awesome. I thank you so much, Michael. Thank you. It was awesome to talk with you.