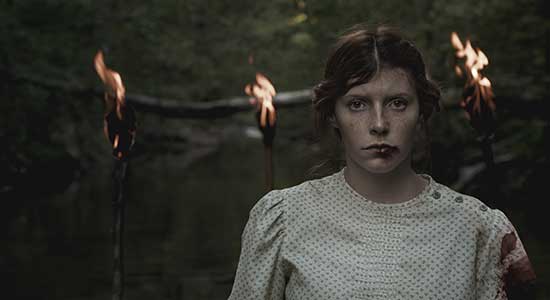 Hi Tara, Ghosts of the Ozarks is amazing. How did you get involved with the film?

Tara- Oh, thank you so much. Well, back in 2016, I was cast as Annie for a proof of concept that Matt Glass and Jordan Wayne Long, the directors of the film made. Jordan was writing the feature film and he sent some pages back and forth to Tommy and I. He said, do you have any notes or ideas, and I sent a lot of ideas. We were going back and forth with ideas so, we ended up writing the feature script together. It started to come together in the spring of 2019, and then that fall Jordan and I went to Arkansas and Jordan started to build the town that we shot in. We shot it in June of 2020.

That’s incredible. I do have to mention 12 Hour Shift, its such a great film.

Tara- Oh gosh, thank you so much. That one was a blast to shoot. 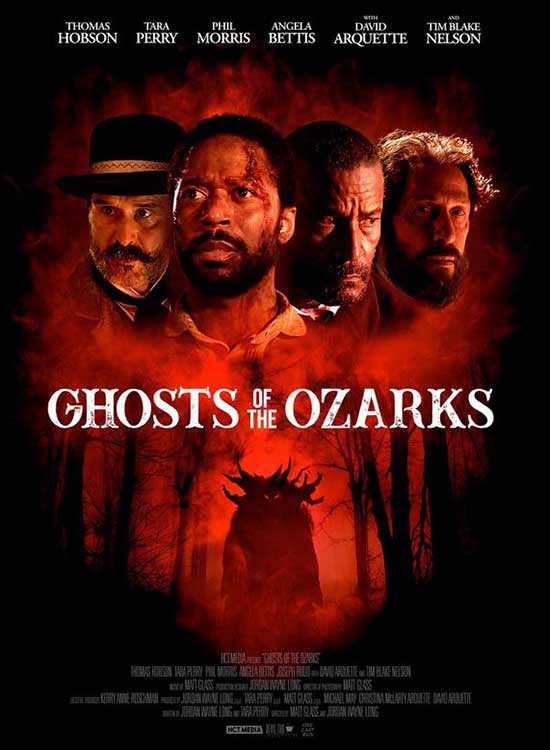 What was it like for you working with everyone and how did you prepare? It was great to see such an impactful female character.

Tara- Getting to play Annie and help write her as a character was incredible. I got to say what I wanted to say. It was incredible and getting to inhabit Annie was fun because she is so in charge and confident in herself, and her abilities. I stayed at my parents’ house when we were back in Arkansas, and so I just walked around the property as much as I could with part of my costume on so I could start getting into her stance and her walk and having to carry a thirty-thirty around because I’m not used to that at all.

Tara- It was a couple of months, but it was fun because along the way, I would go visit Jordan, my husband building the set. I got to see the town come about and I felt like I was part of it. It felt real. 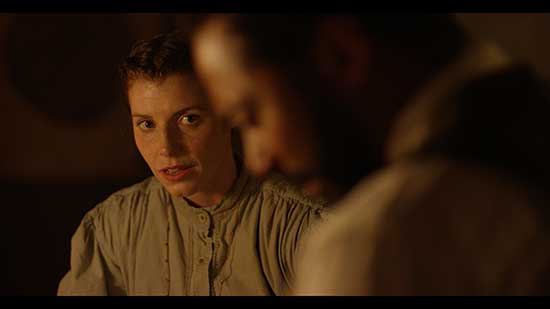 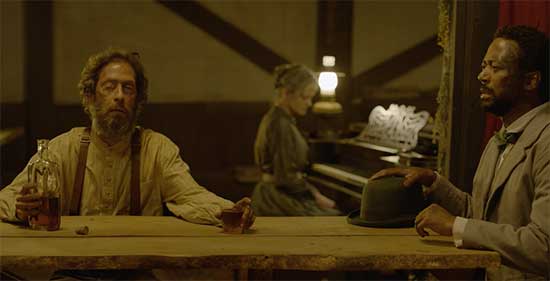 Tara- Yes, I love it. I love working together and working with your friends is a dream come true. We get to do what we love to do. I’m so grateful. Thomas Hobson and I go way back. I just love him, he’s one of the best. Phil Morris, I worked with Phil in 2016 and he’s an incredible actor and a wonderful human being. His voice is so phenomenal. After meeting Angela Bettis, you just want her in every project. We got to meet Joseph Ruud on this film, he’s a nice person, and such a talented actor. We brought David Arquette and Christina McLarty Arquette on to the project in the fall.

Thank you, Tara. It was a blast talking to you.

Tara- Thank you so much for saying that Janel.