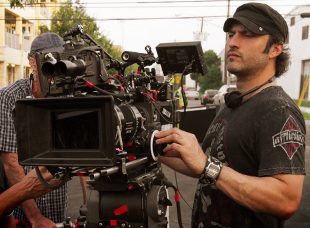 Today we are going to explore the journey that your press releases should take from beginning to end. The unfortunate truth is that a lot of filmmakers think that issuing a press release is a one and done effort, but it’s lazy marketing. In order to maximize your outreach, you need to do more and I’ve come up with a strategic plan to lay out film assets over the course of 13 press releases.

Step 1: You want to start marketing your movie before your movie is even made. Here you are officially putting the name of your movie out there to the masses. The easiest way to accomplish this is to create a press release (or a series of press releases) making cast announcements. This allows you to tell the public that a movie is being made with some of their favorite directors, producers, actors, and essentially whoever you feel gives your project the most credibility.

Step 2: Once production starts and filming is under way, create a press release with some first look pictures of your actors on location and maybe show off some set pieces without giving too much away. You can even do this on a weekly basis taking the movie fan with you on your journey from location to location.

Step 3: When production wraps, put together an official first look with stills from the actual movie. This is the perfect tease giving just a glimpse of what might be seen in your movie. This is also a great time to hint what the movie is about and drop the tag line.

Step 4: Your next press release should focus on the official movie poster. Remember, this is one of the most important assets for any movie. It’s your chance to sell your story with a single piece of imagery. You want to capture the imagination of your audience and make them want to see your movie. To coincide with the imagery, this is a prime time to drop the movie’s synopsis.

Step 5: Now, release a teaser trailer giving fans a taste of what’s to come. This is somewhere between 30 seconds and 1 minute. You don’t want to give too much away. Always keep your audience wanting more.

Step 6: Follow up with specialty imagery. I love the use of lobby cards to highlight some of the film’s main characters. It’s also a great way to give the audience a little more information about the characters in your story.

Step 7: It’s time to release the official movie trailer. This is going to be your most important film asset along with the movie poster. Don’t hold back, this is what’s going to make movie goers decide on spending their hard-earned money on your product.

Step 8: Announce the When, Where, and How! When is your movie being released? Where is it being released (Theatrical, DVD, VOD) and How can fans watch it (locations and online platforms)? If available, it’s a great place to add some pre-order links for your movie.

Step 9: Screeners Available! You want to put the press out that screeners are available for your film. This will help populate websites and publications with reviews about your movie.

Step 10: Release official trailer #2. I highly recommend putting out a second trailer right before the release date of your movie. It’s your last chance to really draw in your audience.

Step 11: Now Available! It’s finally here and you want to put out press telling the audience everywhere they can see your movie.

Step 12: Have a press week! Make your talent available for media interviews. This could be anything from Zoom interviews, podcasts, and written Q&A’s or even televised appearances.

Step 13: Everything but the kitchen sink. Your movie is official out there, but what can you do next? Don’t leave any stone unturned. I think some exclusive assets are a great idea to keep the buzz going. Offer specific media outlets some specific material that will only be for them. Remember, media outlets love exclusives. This could include exclusive behind the scene photos from the movie or perhaps an exclusive full scene from the movie. You might even think about an exclusive giveaway (offering everything and anything from movie props to copies of the movie) The sky’s the limit.

If you are a filmmaker and this makes sense for your project, please contact Michael Joy of Marketing Macabre | joyhorror@msn.com 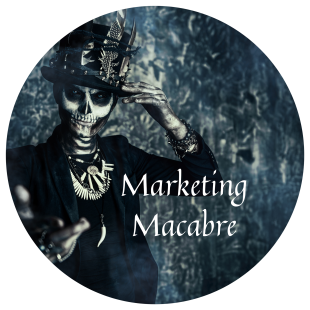