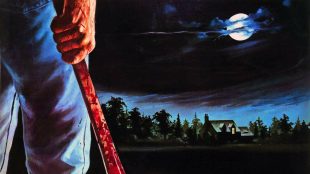 Key Ingredients for an Unforgettable Killer in Slasher Horror

Your pulse races, you hold your breath, rooting for the final girl to make a speedy escape from a demented killer, only to scream at the top of your lungs when something goes horribly wrong. Welcome to the slasher genre, where a past wrongful action inspires a crazed individual, usually male, to seek his gruesome retribution on a cast of unsuspecting characters.

It’s a wildly popular and profitable genre, but creating a deranged murderer who’s loved and hated is tricky. If there’s no disturbing presentation, maniacal motivation, or riveting backstory, the character won’t become memorable or believable. He might even end up mentioned alongside such mediocre culprits as Ben Willis and Chucky.

To keep your audience engaged—and avoid all top ten worst lists—show off your miscreant’s unstable mind. Whether through rambling dialogue, jerky gestures, screaming, showing zero emotion, or turning on a dime into an irrational psychotic, the slayer’s behavior adds intensity to any story’s narrative. A perfect example of this is the narcissistic, egomaniacal, and competitive Patrick Bateman in American Psycho. His unraveling is terrifying and mesmerizing to watch.

But a bent personality is only part of a successful homicidal maniac. Our knife welding misfit needs motivation, putting some credibility behind their spree. Maybe they’re getting revenge for a family member’s wrongful death or eliminating the people standing in the way of their success. The audience or reader needs to understand the why behind the slaughter. Otherwise, the character might become two-dimensional and weak. In Silent Night, Deadly Night, when Ricky kills his neighbor for no reason while taking out the trash, the fright factor fizzles from a flame to a flicker. Now, look at the charming and likable Norman Bates in Psycho (1960). He becomes a rampaging butcher because of his mother’s abuse and vents his hatred dressed as a woman. Audiences screamed and ran for the theater exits during the premier, wholly invested in this warped but believable character.

That’s what a good degenerate does—connects with the audience on a visceral level. And to do that, you also need a compelling backstory. That’s where the essence of any masterfully crafted antagonist lies—the story behind the story. Whether it’s an event in the killer’s past or a current injustice that tipped them over the edge, all the ingredients must be there to make for gripping fiction. A brute breaking into a sorority house and hacking away at scantily clad Greek girls means nothing until we learn the snooty members of Alpha Chi rejected his sister, which led to her suicide. Now he wants revenge. Creating an intricately woven yarn takes

time and attention to detail, but it can make the difference between the ho-hum and something that makes one’s hair stand on end. An example of a great backstory is Freddy Krueger from A Nightmare on Elm Street (1984). Born the child of rape in an asylum, he grew into a killer of children. When the parents found out, they burned him alive in his basement hovel. And who can forget Michael Myers in Halloween (1978) watching his sister have sex, which led to him hiding behind an expressionless, white latex mask and carving up his family.

Another critical ingredient to any backstory is where a character does the appalling deed. An evil building that calls to the unhinged or a place that holds a terrible secret or harbors a bloody family history can be addictive. What about a high school with a sinister past or a college with a haunted dorm? A small motel on the outskirts of town? Define the world and use it to enhance your madman’s history. Make the place as intriguing as the tool he uses to kill. Where would Jason Voorhees be without Camp Crystal Lake in Friday the 13th (1980) or Ghostface without Woodsboro, California in Scream (1996)?

The intricacies of the slasher character are numerous and complex. Still, when you break it down to the building blocks of the killer’s presentation, motivation, and backstory, you can create an unforgettable character who will live on well after that climactic ending is revealed.

BIO: Alexandrea Weis, is a multi-award-winning, international bestselling author, screenwriter, and advanced practice registered nurse who was born and raised in the French Quarter of New Orleans. Having grown up in the motion picture industry as the daughter of a director, she learned to tell stories from a different perspective. Infusing the rich tapestry of her hometown into her novels, she believes that creating vivid characters makes a story moving and memorable.