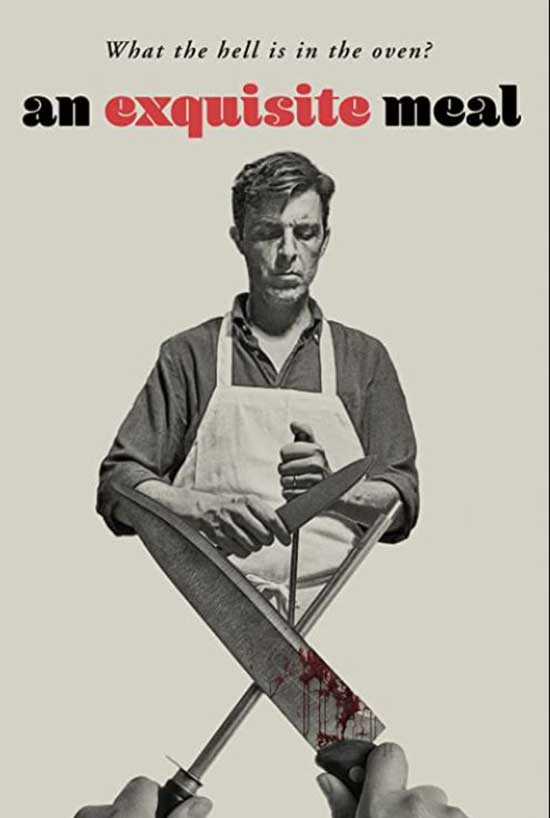 An affluent couple hosts a dinner party for friends, promising them an amazing meal. As the night goes on, uninvited guests arrive, wine flows, and dinner is strangely delayed.

When the party is interrupted by a shocking diversion, one of the guests goes off on his own and discovers something unexpected about what’s being served for dinner.

As identities unravel, the host tries to maintain control of his carefully orchestrated evening as the party descends into violence, bizarre sexual escapades, and the absurd.

Directed by Robert Bruce Carter and starring Mike Jimerson and Amrita Dhaliwal, AN EXQUISITE MEAL will be available On Demand and Digital December 28 from Gravitas Ventures.

An Exquisite Meal was written and directed by Robert Bruce Carter.

I loved the opening of the film. It was vibrant and reminded me of a seventies film or television show. Mike Jimerson portrays Dave. Dave and Irene portrayed by Amrita Dhaliwal are hosting a dinner party with friends Beth (Victoria Nugent) and Mark (Ross Magyar).

Beth and Mark want to know what’s for dinner and Dave gives a divine enthusiastic description of dinner. He’s a “chef” now. The added classical music gave it an extra effect. Oh, doorbell. Could it be the creep dude that’s peeping in the windows?! We meet Paul (Mark Pracht). Paul is a friend of Annie’s; we haven’t met Annie (Emily Marso) yet.

Dave has only one interest, he wants to show off his knives. Beth and Irene are trying to figure out what Paul does for a living. Every time Dave talks about what they’re having for dinner, the classical music starts and now Paul looks even more confused.

So, Act III I suppose. Random people are showing up. People that Dave and Irene don’t even know. No one said anything about Paul yet either. The music gets overly intense when Paul starts sneaking around the house. Edouard (Bassam Abdelfattah) shows up, he is a French professor. 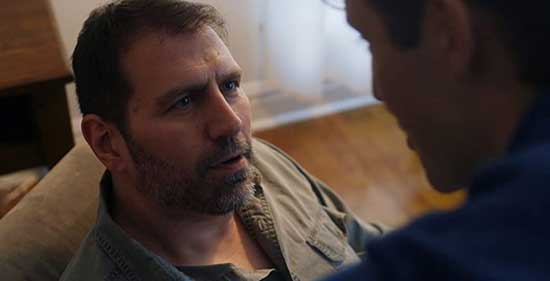 So, Dave is slicing and dicing, I’m still not sure if anything is actually cooking?

Beth and Annie seem mesmerized by Edouard. Also, there are a few dead people and nobody is upset. In life sometimes things are not what they seem to be. It’s a psychological trip, An Exquisite Meal is funny and dark. There are subtle reminders of how time flies and what people do when they are hungry.

Amrita Dhaliwal is so great as Irene. Mike Jimerson does a good job playing Dave. He’s funny and light, and yet he goes dark and that light funny Dave goes away. Things are not as they seem and no one is perfect.

It’s been a while and no one has eaten, Irene is sneaking snacks for her and Beth. Dave has a few dark secrets and he isn’t sharing the secrets. Despite everything happening, Irene ordered take-out and she wants to help Dave. The guests want to know what’s in the oven, Dave doesn’t want to share that information.

The dark humor is great, this cast did a good job. Robert Bruce Carter did a good job with this movie, An Exquisite Meal is a unique movie. 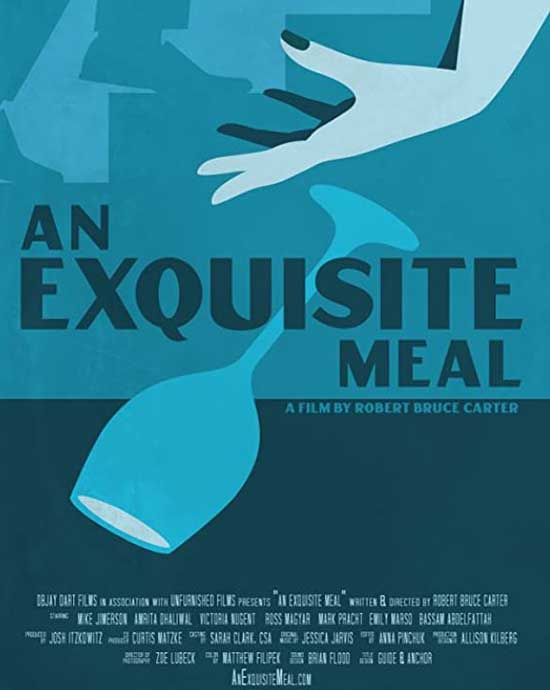 I hope that people take time to watch this oh-so-delightfully dark humor film.

Make sure to check out AN EXQUISITE MEAL