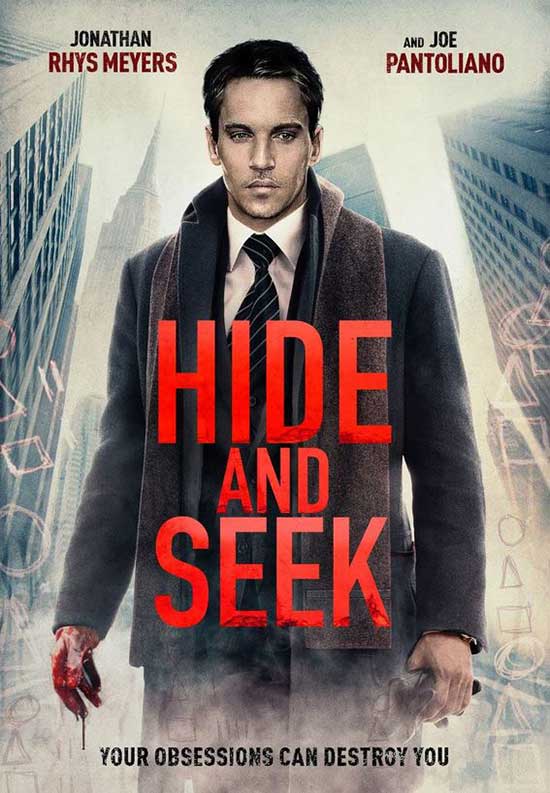 Jonathan Rhys Meyers stars in the intense psychological thriller filled with shocking twists and turns. After the death of his wealthy father, Noah seeks his outcast brother to make amends and share the family fortune. But the family harbors a dark secret and a series of cryptic clues will lead Noah on a terrifying trail to the truth that threatens to tear him apart from the ones he loves the most.

It was nice to see a thriller with twist and turns. Hide and Seek opens with Gina (Alejandra Rivera Flavia) walking home to her apartment. Gina is dealing with a lot and she has to move. She gets robbed, she pulls up her security cameras and there is an oh-so-creepy person in her apartment. This apartment building is massive.

I want her to run and get away but it’s a movie, we all know what will happen. I suggest checking out the original Hide and Seek.

Now, we meet a family, Noah (Jonathan Rhys Meyers, The Tudors, Vikings, The 12th Man), Sam (Jacinda Barrett, Ladder 49, Poseidon, The Last Kiss), Hannah (Quinn McColgan), and Max (Eli Golden). They live in a beautiful apartment, and could we talk about the organization of the refrigerator. Noah is watching his family at the table, the kids eating and getting syrup everywhere. He looks disturbed, quite disturbed. I don’t think he does good with messes.

The shots of the Empire State Building and New York, the arial shots are incredible. Noah arrives at work and he’s chatting with Betsy about taking over his father’s business mold. Noah gets a call from a guy investigated his brother Jacob (Josh Alscher). Joe Pantoliano, (The Matrix, Memento, Bad Boys) always portrays amazing characters. Pantoliano portrays Noah’s lawyer in Hide and Seek. Pantoliano plays the character quiet and calm. 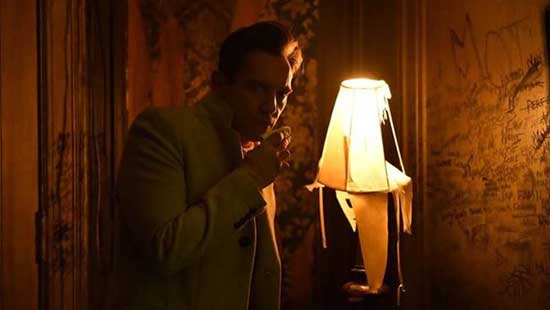 Apparently, Noah is trying to figure out what’s going on with his brother after the passing of his father. So far, it’s the subtle things and the unknown of what’s happening. Noah heads to the apartment building to figure out what happened to his brother. He meets Soo Mi (Sue Jean Kim) and her daughter Mi Ji (Avril Lena Wei). Mustafa Shakir (Luke Cage, Quarry) portrays the buildings manager.

They flash back to young Noah (Douglas Gush) and young Jacob (Zell Steele Morrow), and they’re parents are fighting and something tragic happens. Noah’s daughter and her friend go to a corner store, and nobody notices the person just walking around with a helmet on? We’re just going to ignore that.

It’s quite a twist with the paranormal aspect and the sounds. The quick night to day transition shot was great, it also sort of reminds us of how fast time goes by. I love New York so much. I’ll never forget the first time I went to New York. I love when films are shot in New York, you always see a different perspective of New York with some familiarities. 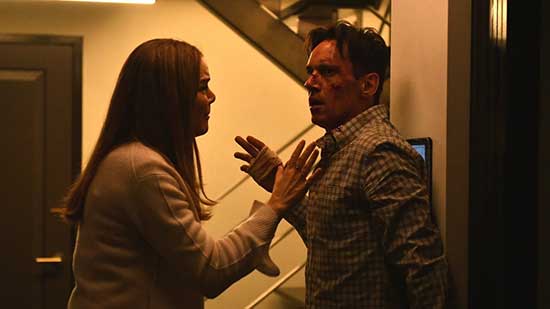 Noah has OCD with maybe some PTSD, I recognize the hand washing. OCD or obsessive-compulsive disorder isn’t fun or quirky like some people make it out to be. It can time consuming and there are severe rituals for some people.

Sue Jean Kim portrays Soo Mi and Avril Lena Wei portrays her daughter Mi Jin. Soo Mi and her daughter are looking for a new place to live. I love all the different scenes around New York. It’s always amazing to watch a movie filmed in New York. Every filmmaker has a different style and take on what they see.

You get variations and yet always something familiar like the Empire State Building or taxi cabs, the hustle and bustle of Manhattan. Noah is on a mission to find his brother. Noah heads over to the apartment building where his brother Jacob lived. 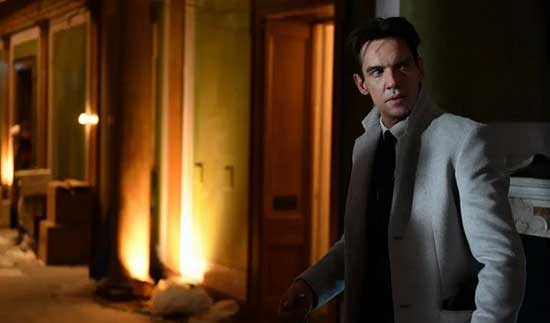 Mustafa Shakir portrays the landlord of this apartment building. Noah gets himself into some crazy stuff. So, Noah discovers quite a bit. They play on what is real and what is not is scary. There is one hell of a twist in regards to Jacob.

Hide and Seek is like putting a puzzle together and finding out pieces are missing. It is a bit maddening with the Hitchcock entwined mystery. It delivers with creepiness; the shots of New York and the clean shots of the apartments are beautifully done. The cast does a great job of taking on these characters.

Hide and Seek delivers with the unknown aspect, and adding in the supernatural. The story keeps you guessing.

Make sure to check out Hide and Seek.