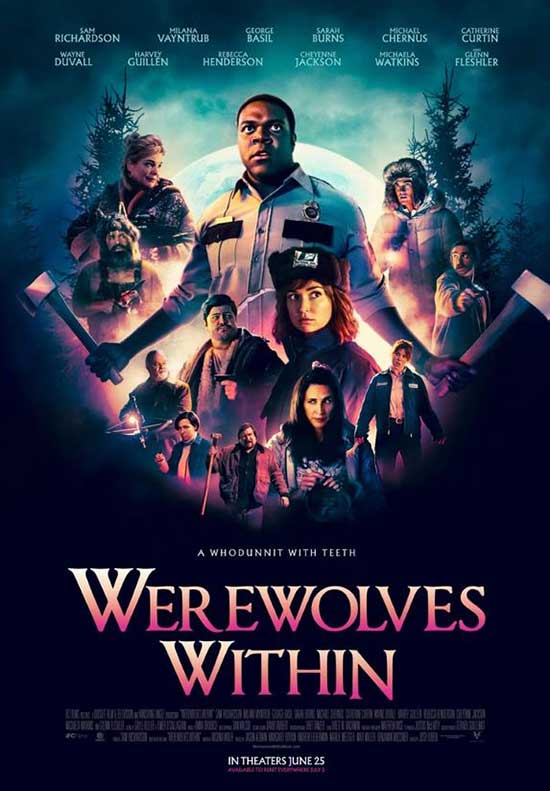 “Listening is where love begins.”

I always love when writers/directors add quotes in the beginning of films, I always wonder why they picked the quote? How did it inspire them? How does it impact the film? Is this a review or a dissertation? I haven’t decided yet.

The movie opens with a man in the woods, deep in the woods. This doesn’t look like it’s going to turn out well for this man.

Now it’s 29.5 days later to be exact and we meet Sam Richardson playing Finn Wheeler. Finn is the new ranger. He’s driving and listening to a motivational coach? He arrives at his destination in Beaverfield. He’s heading to the local inn.

They are staying in Beaverfield, and everyone is a “little questionable.” Cecily works for the post office. The whole town is like The Burbs meets Fargo. I can’t handle it, this is great.

Cecily has to deliver a package to one of the neighbors and Finn winds up taking it up to the house. He almost gets killed. He walks by all the insane signs about getting shot for trespassing.

THIS MAN comes out with a full wolf coat, a shotgun, and an attitude. This man is Emerson (Glenn Fleshler). He doesn’t care that Finn is the new Ranger. Finn and Cecily take a break at The Axe Inn, lots of arcade games, music, and drinks. They throw axes, Cecily is good at this. Cecily and Finn almost have a moment, and it’s interrupted.

Finn is called in for a missing dog and they think it’s just coyotes. Whatever knocked the power out sure has gigantic claws and teeth.

Finn is doing some investigating, and checking around the building. Michael Chernus plays Pete Anderton, he’s funny in Werewolves Within.

Finn finds Jeanine’s (Catherine Curtin) husband, he was attacked and shredded. Josh Ruben did an incredible job with all the shots, keeping you on the edge of your seat. They don’t show everything right away and the tension keeps you on edge, and Mishna Wolff’s story is great.

Finn and Cecily head back to Emerson’s (Glenn Flshler) place. He’s cutting something up, and all bloody. Sam Parker (Wayne Duvall), Trisha Anderton (Michaela Watkins), and a few more of the guests have ideas and who or what they think is happening. Dr. Ellis (Rebecca Henderson) was checking on the blood and what they found. 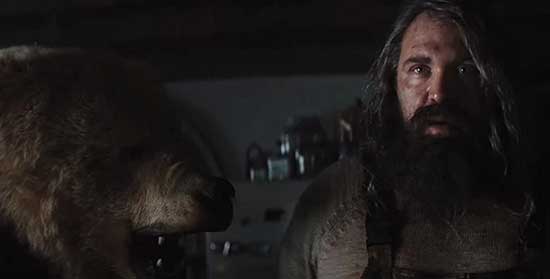 Dr. Ellis is constantly creeping around. The people of Beaverfield decide to stay at the inn and barricade themselves in, and hope for the best. Either the werewolf is already inside or got inside. Pete is attacked and shot because all the on-edge people have guns. Dr. Ellis finds another hair on Pete. What if Dr. Ellis is a werewolf?!

So, they decide to lock the guns up. This isn’t going well. They are still trying to figure out what is attacking and killing people. Finn is on a mission to figure out what’s going on. Maybe Cecily is a werewolf? Right now, I think everyone could be a werewolf. Make sure to check out Werewolves Within.

Werewolves Within is hilarious, suspenseful, and such a fun movie to watch. The cast does an amazing job.

Make sure to check out Werewolves Within.