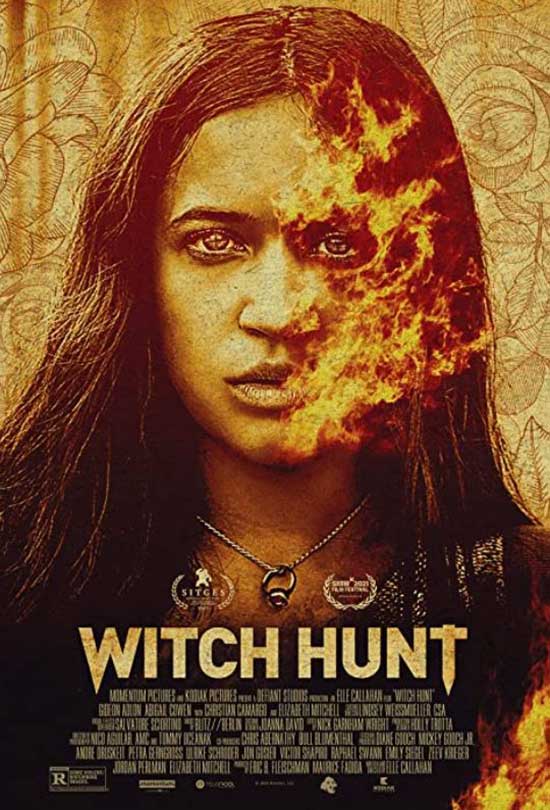 In a modern America where magic is real and witches are persecuted by US authorities, teenager Claire and her family are part of an intricate network that helps these women escape across the border to seek asylum in Mexico. However, when their mode of transport is disrupted by federal witch hunters, trouble befalls the family as they struggle to hide two young witches within the walls of their home. As witch hunters close in and strange magic begins haunting the family, Claire discovers that she may have more in common with these witches than she could have ever imagined.

Written and directed by Elle Callahan, Witch Hunt opens with the definition of a “Witch Hunt”. Elle Callahan directed and wrote, Head Count and Happy Deathday. Head Count was a beautifully intricate supernatural mindbender of a film.

Witch Hunt is a modern-take on what human beings’ rights look like as told by a woman. 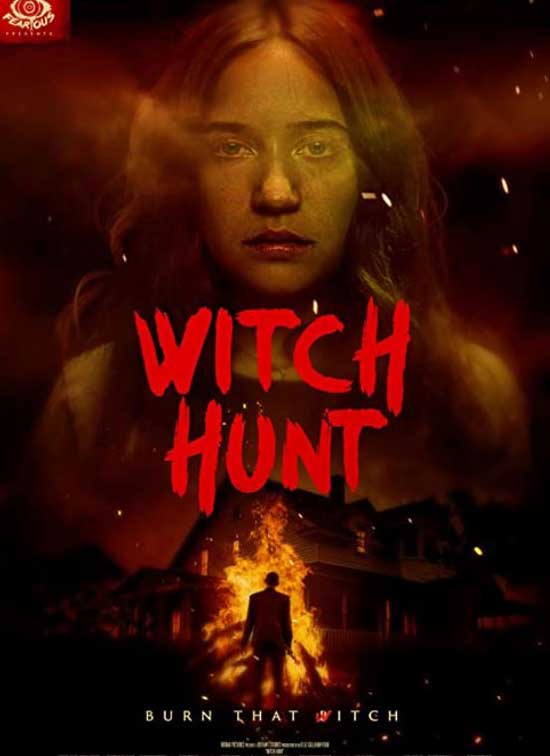 So, back to the film and let’s include the definition.

There you have it, the definition, and the opening scene a woman about to be burned at the stake. Why?

Southern California, three months later, we meet a classroom full of teens who are passing notes, they still do that?

Apparently, this group of girls doesn’t like this girl they are tormenting.

Claire is in deep thought on her way home from school. Claire is home, and she has an essay to write. She starts doing research. Claire has a big secret. Watch the movie!

Claire’s mom, Martha (Elizabeth Mitchell) comes home with her brothers Corey (Cameron Crovetti) and George (Nicholas Crovetti). So, they have a witch living in the walls of their house.

This feels like a strange metaphor for the entire world. Everyone is on edge, scared, not knowing what will happen in life. Jacob (Treva Etienne) arrives at their house to change the water and pick up the witch.

Jacob gets pulled over by Christian Camargo (The Hurt Locker, Dexter, See) Oh, DEXTER, we can’t wait to see you soon. (November 7th on Showtime.) Back to Christian Camargo, he is a witch hunter. It took me a few seconds to realize that it was Christian Carmargo. He plays this character calm, cool, and collective.

Claire wants her mother to stop helping witches escape, and Eliza (Punkie Johnson) shows up with two sisters in a boxed crate. They were smuggled to Martha’s house. Fiona (Abigail Cowen) and Shae (Echo Campbell). Claire may have some powers of her own?!

While Fiona and Shae are camped out at Martha’s with Claire and her brothers. Life goes on as usual and Martha doesn’t know what happened to Jacob. Claire is at school with her friends and a Border Patrol bus pulls up with witches in.

I think Claire and Martha may be witches or have some kind of connection to witches?

Well, Claire may just have powers after all. She takes Fiona out to a diner. They are minding their own business and drinking. Fiona tries something with Claire, and well they have to leave the diner in a hurry. Fiona makes a good point, how is she supposed to control powers that she isn’t allowed to practice.

The metaphor this movie throws out is sad and powerful. The world we live in is beautiful but chaotic. People don’t often see past what they believe. Whatever belief a person has, that is what they see and believe. This movie is telling the story using witches, using women who often STILL don’t have a voice. 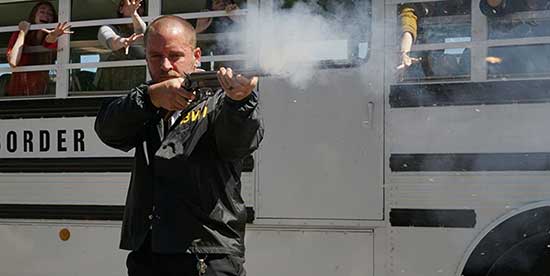 Witches and witch craft or magic is another form of taking what we have left as human beings. The lack of empathy and apathy people show to one another in today’s world is sad. It’s funny how sometimes people judge people on things they have no idea about.

Oh no, Detective Hawthorne, (He just now mentions his character’s name) Christian Carmargo Witch Hunting character shows up at Martha’s house, and he wants to talk with Martha’s husband. Martha’s husband is deceased, and she owns the property. Detective Hawthorne is with the B.W.I. Bureau of Witchcraft Investigations… Can you even believe that? Well, of course you can, women have been prosecuted and executed for witchcraft since 1692.

Detective Hawthorne is there because of what happened at the diner. Martha alerts Fiona and Shae.

I think Elle Callahan really has all the elements added in Witch Hunt. The school calls in all the girls from grades 9 through 12 to be tested to see if they are witches. Dr. Justice (Assaf Cohen) does the testing. The lights keep going out and Claire sees a creepy looking figure that lurks around the house.

The images and the shots in Witch Hunt are beautifully done. The eerie figures lurking is not overdone which makes it scarier.  The ending was sad. I would recommend checking out Witch Hunt, Elle Callahan did a good job. This cast was incredible. Elizabeth Mitchell’s positive, no matter what happens attitude added something to her character. Gideon Adlon who played Claire did a great job giving this character depth and empathy for those around her even when she questioned herself, you could tell she kind of knew.

Make sure to check out Witch Hunt.