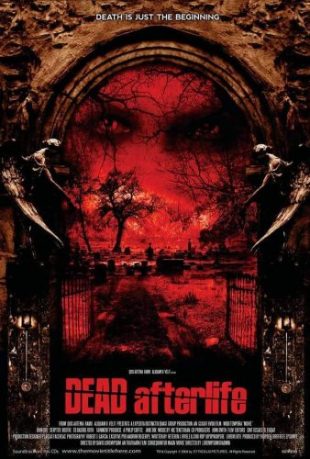 The funeral procession drives down a long rural road towards an isolated cemetery. DRIVER JOE, a middle aged man wearing dark sunglasses and driving gloves, puts his foot on the gas accelerating the hearse up to about 70mph while blowing through a red traffic single, and leaving the rest of the procession trailing behind.

My name is Donald Conlee and this is my funeral. That’s me bouncing around in the back of that hearse.  I was murdered last week and I’m still trying to come to terms with that fact. The crazy thing is, this is going to be the best part of my entire day. You would think after you’re dead, things couldn’t really get much worse. Well, they can. The man driving, I don’t know him, but he’s going to be an important part of the next 24 hours.

The hearse peels wheels pulling into the cemetery’s dirt driveway, kicking up all kinds of dust. A line of cars follow him in, all parking in a straight line. The first person out is RIO, the beautiful young assistant to Donald Conlee. She appears through the cloud of dust.

Oh Donald, you wouldn’t be here if it wasn’t for me.

ROBERT DECKER, an arrogant businessman who works for the Food and Drug Administration, also an associate of Donald Conlee, gets out of his sports car while talking loudly on his cell phone.

I don’t care what the hell you have to do. I want those god damn

papers on my desk by the end of business day today! (hangs up)

You know, you’re at a funeral.

About that. Who the hell picked this cemetery? It’s in the middle

of fucking nowhere. You know how long it’s going to take me to get

back to the city?

The pallbearers offload the coffin out of the hearse. They lose grip and the coffin almost doesn’t make it on the dolly.

You pricks drop this coffin again and I’ll put each one of you in the ground. 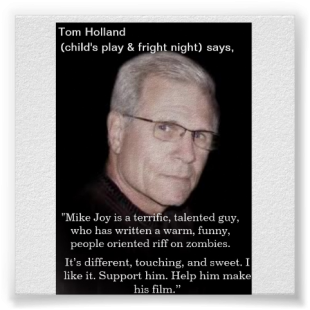 The funeral director pushes the coffin the rest of the way to where the outside ceremony is being held. The guests leave their vehicles and walk towards the ceremony location. The ghost of Donald Conlee is standing there greeting people as they arrive, but no one can hear him.

Thank you for coming to my funeral.

Eddie and Peggy Lee, I’m glad you could make it.

You better not embarrass me again.

You’re lucky I even came here with you.

Angry old man in wheelchair arrives and just rolls past everyone, not stopping.

Thank you for coming to my…

Rio walks up and she’s in tears. As she passes Donald she pauses as if she senses someone is there.

Rio, there’s so much that I need to tell you. This should have never happened.

Robert Decker arrives. He’s talking on his cell phone and walks past Rio.  Donald Conlee doesn’t say anything. He just gives a hard look in Robert’s direction as he passes.

I sure wish you could hear me.

Rio dries her eyes. She is escorted by a pallbearer to her seat.

I think that’s everyone.

Donald Conlee turns away and starts walking toward the graveyard. 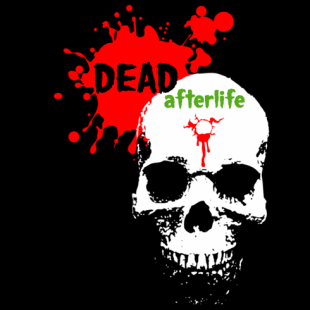 Donald Conlee walks through the graveyard past two grave diggers.

I think it’s going to be an interesting day.

The only people we ever meet are already dead.

Donald Conlee continues walking until he comes upon an older grey haired man in a white suit, THE GATEKEEPER.

Hello Donald. You are right on time. Let me introduce myself, I am the gatekeeper. You’ve said your goodbyes?

Do you have any questions?

They both approach the old and rusted cemetery gates.

There is no need to be afraid.

You will know what to do.

As they draw nearer, the gates become newer and eventually turn into the pearly gates of heaven. The gatekeeper holds open the gate and Donald Conlee tries to enter but something is holding him back.

There is something holding me back.

This has never happened before.

You’re not making me feel any better about this.

Please, step back away from the gates.

The gates turn back into the old rusted cemetery gates once again.

I know I’m dead and everything, but I have a bad feeling in the

pit of my stomach.

I think we should return to your funeral services. 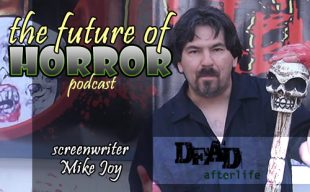