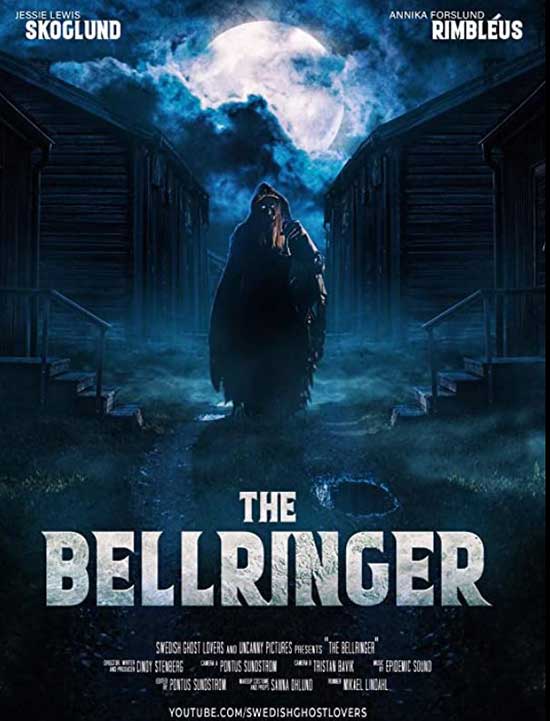 A writer struggling with writer’s block heads out to a cabin in the middle of nowhere only to discover she isn’t alone.

Written, produced, and directed by Cindy Stenberg, The Bellringer is a fun little, short horror film that I really enjoyed. It looks great, has an interesting premise, and the small amount of gore that takes place at the end looks quite awesome. It is one of the best short horror films I have seen lately, and I am looking forward to seeing more from Stenberg.

The premise is straight forward and not one you must think too hard about. We have a writer struggling to write a book, so she goes to a cabin to relax and hopefully get some writing done. Once she is there strange things start to happen and it isn’t long before she comes face to face with the title character, who is creepy as hell in her own unique way. While the premise may not be the most original in the world it’s OK because it works, and I think that many viewers who see it would agree. The Bellringer is the perfect example of how to do a short horror film right without overcomplicating it or trying too hard in general to scare or freak out the audience. 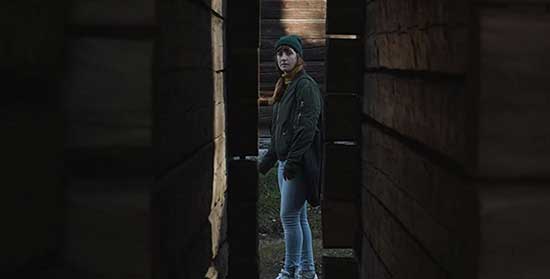 I like the fact that there are only two characters in the entire short. We only get the main character and s it was cool that there is no dialogue and the only time the writer communicates with someone is via a text message during the beginning. Other filmmakers have tried to do short movie without dialogue before and in most cases, it just doesn’t work, but it definitely does here. I think that it would have been an entirely different movie had the main character had a lengthy spoken conversation with someone before being terrorized by the Bellringer, and I think that Stenberg made the right choice by not having her really interact with anyone else at length.

I also personally thought that the Bellringer herself was creepy as hell. I dug the fact that we don’t find out anything about her as there is no backstory or anything, and that just makes her that scarier for many reasons. I know some viewers out there that need everything explained to them may not agree but having her just show up and be creepy makes her more effective. She looks like an old school Amish version of the Creep from the original Creepshow movie combined with one of the demons from Demon Knight, and the roaring noise that she makes is terrifying. She looks quite awesome in general, and I think she will successfully give some viewers nightmares for sure after they get a look at her. She’s hardcore and violent too, and the fact that she pursues her prey with such determination makes her a threat for sure. She doesn’t have any elaborate backstory and just likes to show up and kill people, and if that is the case then it helps make her even more scary because she doesn’t have any motivation and just enjoys cutting people to ribbons for no good reason because she can.

Overall, I really enjoyed The Bellringer. I thought that it was effective and creepy in its own way, and I had a lot of fun with it. It clocks in at just the right time as the pacing is perfect and it is obvious that the writer didn’t feel the need to have it go on longer than it needed to. It flows very well and had it been any longer I think that it would have taken away from it in general. It is currently available on You Tube, so if you have a minute check it out, you won’t be let down.