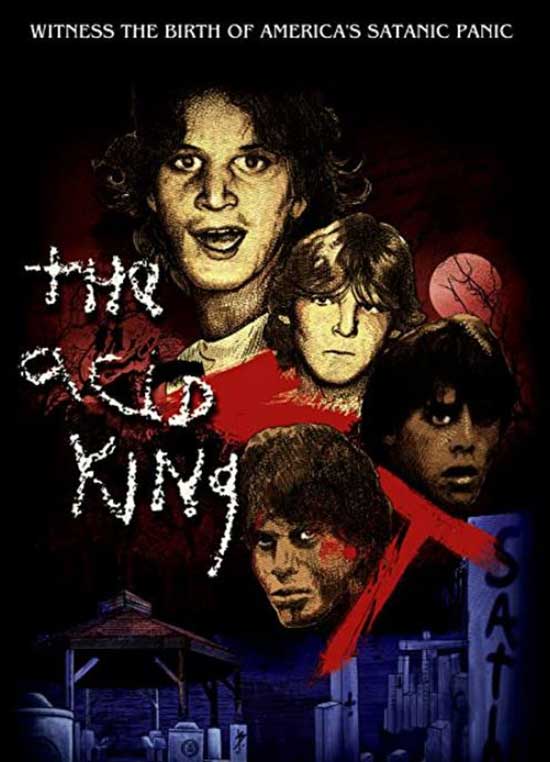 The story of Ricky Kasso, an American teenager who murdered his friend, Gary Lauwers, in an alleged “Satanic sacrifice” during the summer of 1984.

Directed and written by Dan Jones and Jesse Pollack.

Over the years, I’ve heard the story of Richard “Ricky” Kasso and The Knights of the Black Circle.

The Acid King opens in Long Island, New York. They interview and talk to various people from Long Island, they talk to some of Ricky’s friends. They talk about some of the childhood trauma that Ricky went through.

They talk about how abusive his father was towards him. Does that make what he did okay? It’s always fascinating to see these types of True Crime documentary films. You see what human beings are capable of, you see the psychological toll that could dwell within a person. 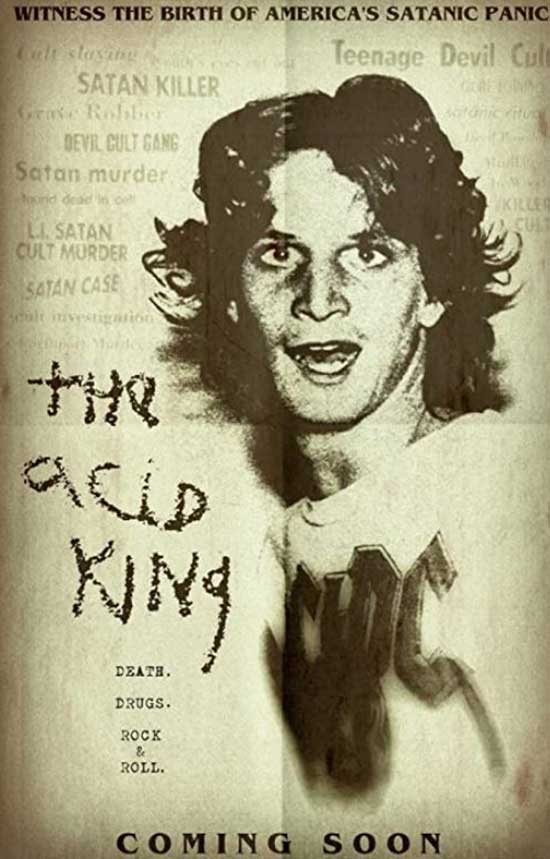 According to the film, Dick Kasso, Ricky’s father kicked him out of the house at the age of 13. Ricky started selling drugs so he could afford food. Filmmaker, Jim Van Bebber talks about why he thinks that Ricky sought out information about satanic rituals. Ricky started looking at and reading the books at the library.

It does make you wonder if Ricky had an entirely different life, different family, would he be different? Would his story be different or do we know our paths and “it is what it is” so to speak?

They play some audio from Gary Lauwers and his love of drugs. Ricky had “earned” his nickname as the “Acid King.” Different people tell stories and how they had different reactions to doing drugs and listening to music. Some people were more affected than others and some just had a good time.

They talk to Lori S. the vocalist/guitar player for Acid King. She talked about hanging out in the woods like Ricky did. Ricky hung out in the woods, did drugs and tried to contact Satan. Over the years, I heard stories from so many people how they just could be outside, be out on their bikes all day until it got dark. It sounds like “back in the day” everything wasn’t all fine and dandy.

Richard Schock was a friend of Ricky’s. He talks about Jimmy Troiano and the trouble that Jimmy and Ricky got into together. They talk about Ricky talking to the devil and taking mescaline, I Googled mescaline and it’s “common or street names: Big Chief, peyote, buttons, cactus, mescaline, mesc, escalito, peyote. Mescaline is a psychedelic hallucinogen.”

I love when people are doing something horrible and they throw out, “I’m a Christian.” Ricky tried to put together his own cult and it didn’t work. This is where the Knights of the Black Circle come in. The police chief from 1984 didn’t believe they were a satanic cult.

Chris Tsakis talks about Ronald DeFeo Jr. and the history of the Amityville house, and whether or not Ronald was possessed or he was a drug addict and there was more involved. Ricky wanted to go to the house in Amityville to contact Satan.

Obviously via the news, Ricky Kasso and Jimmy were arrested. They were compared to Charles Manson; I suppose that would be in regards to Manson being called a cult leader. It’s sad for the victim. It’s sad because there is a disconnect and there was something so wrong. No one really looked at these kids and said, hey maybe we should do something. Maybe we should get them off the streets.

Jesse and Dan did a good job of telling this story of Ricky Kasso. I would recommend checking out The Acid King.