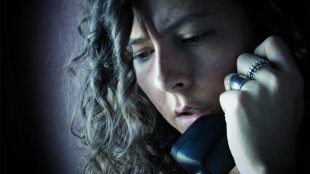 How did you get attached to MORBID COLORS?

After Kara had been cast as Myca, Matt told her what he was looking for to cast Devin. She passed my name along with others. I got an audition and made the cut.

Tell us a little bit about your character?

Devin is very loyal and family means the everything to her. Being loyal is normally a good characteristic, but it’s made her blind to how toxic Myca is. Devin is so obsessed with her guitar just because it’s from Myca. There’s a dependency between them that almost unhealthy. Devin is strong, but Myca is her weakness.

How was it working with Matthew Packman?

Matt always treated us like a team. He wanted our thoughts and to hear our ideas. He let us have input on basically everything. 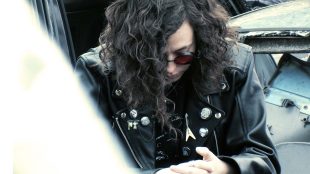 I have two fight scenes that were amazingly fun to film. The guys in the scenes, Drew Beasley and Jonathon Beavers, are the sweetest humans ever so it was a challenge to be aggressive towards them. They were great to work with.

What was the most difficult aspect of making this film?

This is my first film. I’m more familiar with stage productions so I’m usually acting for the back row. I had to tone it down and be more subtle, which isn’t me at all. The weather also made things difficult. We got caught in the rain, almost lost footage and the wind was so bad we had to redo some audio. Part of the movie was filmed in the middle of a Midwest summer and there were times I was convinced we were melting. 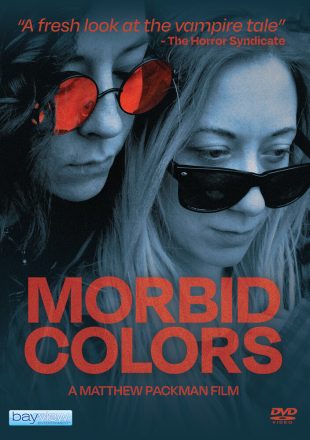 It may seem like a story everyone has heard before, but I think ours has a twist that makes it different. It’s definitely going to make you think.

Wow, that’s super hard for me. I’m huge into horror. I actually got married on Halloween and redid horror movie posters as engagement announcements. If I had to pick, my top 3 would be House on Haunted Hill(1959) Poltergeist(1982) and Silence of the Lambs.

I’ve always loved to put on a show. Growing up my sister and our friends would do talent shows or make up plays for our parents. We were always pretending and it felt magical. I guess acting is me kind of trying to hold on to or create some magic.

I don’t think I can give   a specific who. The people around me, my experiences and feelings are usually what gets the creativity flowing for me. I love working with people that give you that drive and that need to make something great.

I’d love to keep working and make another film. I don’t have anything in the works right now, but I’m hoping for another opportunity in the near future.