Home | Interviews | Exclusive Interview: Alexandrea Weis (Have You Seen Me?)

Exclusive Interview: Alexandrea Weis (Have You Seen Me?) 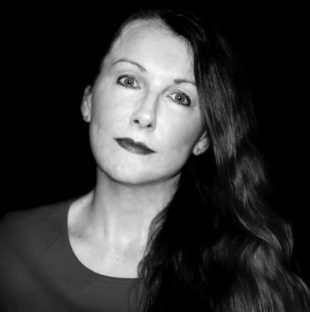 What can readers expect from HAVE YOU SEEN ME?

A lot of creepy chills and horrifying murders happen at the spooky Waverly Prep School. The campus is set amid the Spanish moss-laden trees of a former plantation and Civil War battlefield, where ghosts of the past return to terrify the students and faculty. A killer wishes to keep a secret buried, but a brave teacher and her students race against time to solve the murderer’s identity before the death toll mounts. In the vein of I Know What You Did Last Summer and Scream, it’s a suspense-filled slasher.

I was around eight when I first got interested in writing. I loved putting words on paper and coming up with stories to tell my parents and friends. I grew up in the motion picture business and was surrounded by creative people, so I learned a lot about storytelling. I still see everything I write as a movie in my head.

I wish I knew the answer to that, but EVERYTHING drives my creativity. A drive to Walmart can have me developing a storyline for a new series. An article online can set off ideas about a new book. My publisher or my manager suggesting a book about a particular subject makes my fingers itch to write it. I love to take a line or a concept and build a world of characters around it. I’m constantly juggling several book ideas at a time. 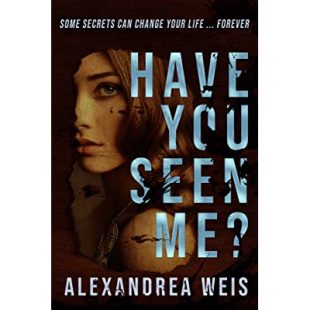 There are so many, but I loved Ian Fleming growing up. His James Bond Series is so much better than the movies. The character of Bond is epic. Also, Mary Renault was someone I admired for her ability to take myths or facts from ancient times and spin them into compelling tales. Philippa Gregory and Alison Weir can weave history into books you don’t want to put down. I am also a Dean Koontz fan, along with Heather Graham. Heather’s New Orleans thrillers draw me in because she paints a picture of my city that’s accurate and beautiful.

I’m more of a pantser with characters. They develop as the story progresses. I often have to go back and fill in details after completing the book, but they never come alive in my head until I begin to write them.

Do you know your ending when you begin writing?

Sometimes, I do, but it depends on the genre. For the thrillers, historical, and horror books I write, yes. It’s essential to have it down ahead of time because you have to fill in so much during the story to make it work. When writing romance, the end is a given, but it’s how you get there that makes for a compelling read.

I’m not sure I have a process. I write all hours of the day and night. When I have a book in my head, that’s all I want to do. I don’t have any rituals except for having a lot of post-it notes and candy around when I write.

An eighty-thousand-word book can take approximately three weeks to get down a rough first draft.

What sets your stories apart of everything else that is out there?

I want to say the authenticity of how I depict New Orleans and Southeast Louisiana. I live here, know the city, the people, and the traditions that are the lifeblood of our area. I’ve read many books about New Orleans and Louisiana from writers who have never visited or know how dogged the locals are about getting the facts right. I strive to paint an accurate picture of our heat, humidity, hurricanes, history, and heart.

What Is the spookiest thing you have experienced?

I grew up in a Creole Cottage in the French Quarter of New Orleans, so I’ve had nothing but spooky experiences. The family of the Spanish Navy admiral who built the home in the early 1800s was buried under the pond in our courtyard. His children, who died from yellow fever, loved to play with the lights and rearrange the kitchen cabinets. The creepiest thing I experienced was when I was alone and the cats we had in the front living room all turned their heads at once as if following something walking across the floor. When you think you see something, you can write it off as your imagination. When your animals see it, it must be real.

What’s next for Alexandrea Weis?

There’s a lot on the horizon with more books coming, including the second book in the Waverly Prep Series, Things That Won’t Stay Buried. The next book in the St. Benedict Series. A River of Secrets picks up where Death by the River ended with more intrigue and more murders taking over the sleepy town. Have You Seen Me? is being handled by APA Agency for film/TV adaptation while the St. Benedict series is in development by a top production company.

Have You Seen Me?  – Available Now