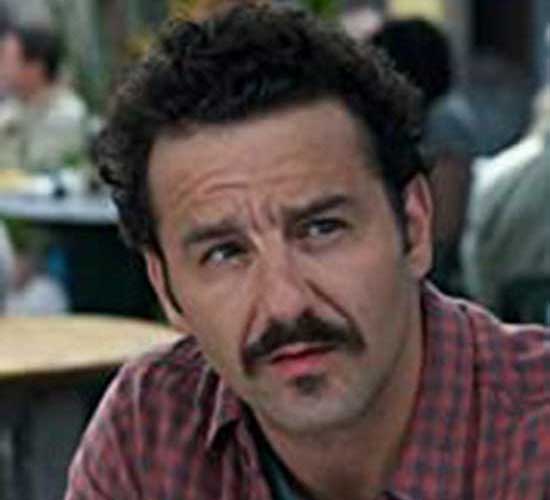 Following the success of Death Drop Gorgeous, DARK STAR PICTURES have another wildly fun multi-genre hybrid coming up- THAT COLD DEAD LOOK IN YOUR EYES.

The newest film from acclaimed director Onur Tukel (Catfight, Summer of Blood), and featuring Nora Arnezeder (Army of the Dead, Upcoming series “The Offer”), THAT COLD DEAD LOOK IN YOUR EYES will release On Demand 11/9.

Hi Max, I watched That Cold Dead Look in Your Eyes but I do have to tell you that I loved Scenes From an Empty Church also.

I felt it was about the disconnection that we have today, and what can happen when a person is genuinely unhappy, and when mental health isn’t in a good place. 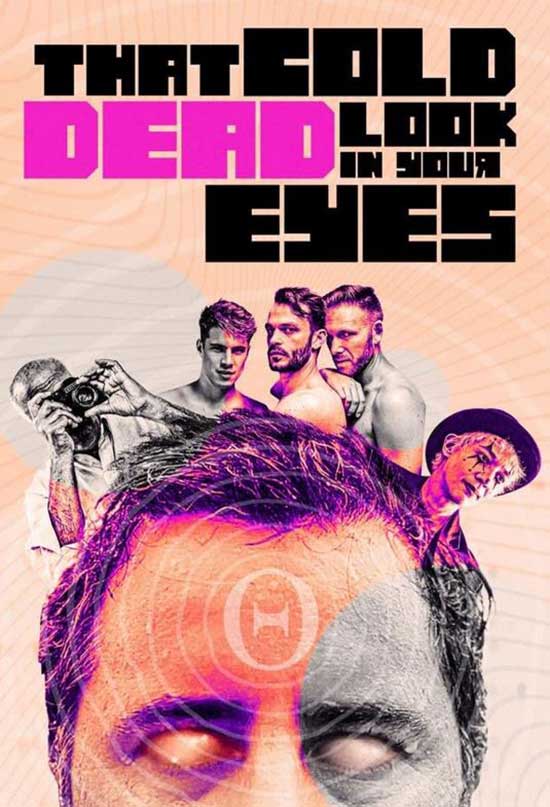 How did you get involved with the film, and why did you decide to take on the role of Andy?

M.C.- Onur Tukel is an old friend of mine. I worked with him a lot. I met him when we did a film called Applesauce in 2015. Onur’s a very good friend of mine, and whenever he asks me to do something, I always just say yes. I love the guy and I trust his artistic vision implicitly. He was already shooting this movie and he said, I have a small part for you, would you like to do it. I said, of course and it was as simple as that.

I think Andy is psychologically the therapist for Leonard. He’s Leonard boss but your character is telling him, get your shit together and he’s just not there. Did you have to do anything special to prepare for this role?

M.C.- Not at all. It’s fairly simple. I’m a guy who’s running a business, running a restaurant. My chef suddenly is acting weird, and his food is disgusting. My customers are getting sick so I fire him as the chef but I give him a chance and demote him to being a waiter. He screws that up because he’s spiraling. Then I finally have to let him go.

What was it like for you working with Onur? His films are always so beautiful but they also tell these amazing stories.

M.C.- I agree. I love working with Onur. I love working with friends. I love doing things that are different and very personal, and artistically exciting. His visions and his outlook, it’s all very unique and interesting to me. I love doing those types of things. I get bored with some of these Hollywood TV things that you have to do sometimes. They can be fun but they’re not as satisfying as this.

This film is unique. It’s one of a kind. What do you want to say to everyone that will be watching That Cold Dark Look In Your Eyes?

M.C.- Expect the unexpected. It’s not a formulated Hollywood film. You have to go along for the ride and you will be rewarded. It’s a beautiful movie, it’s beautifully acted, gorgeously shot, the music is fantastic. It’s not like anything you’ve ever seen before. It’s creepy as hell, it is saying something and what that is, I’m not going to articulate because not everything is easily capsulated with a byline. It is definitely saying something about technology, mental health, alienation, and this modern era we’re living in with internet and phones, technology, and this stuff that’s in the air that’s making people sick. It’s creepy and a little bit supernatural. Onur’s movies always sort of veer off into the unexpected, something maybe supernatural will happen at some point. In Scenes from an Empty Church, it’s going along and it’s about the pandemic, it’s about alienation and isolation, and all of the sudden there is this astral projection scene. This woman is able to make her soul come out of her body and fly around the city before it returns to her. My character Paul wants to learn how to do that because he’s been a cynic, an atheist, and depressed because his life has gone down the tubes. He sees this wonderful thing, and he realizes that maybe there is something more. Maybe we survive death, maybe we have souls, so, Paul tries to figure out how to astral project. So, yeah, you’re going along with one type of film and something absolutely unexpected and supernatural occurs. That’s sort of a trademark of Onur’s that I love.

I loved that movie. It was so meaningful and beautiful. The story was wonderful.

M.C.- I agree. I hope people get to watch it. It’s really hard right now in the streaming space, there is this ocean of content. It’s hard for films like that to break through.

I have to ask you because I love so much of your work, everything from The Sopranos, Doogie Howser, M.D., Boardwalk Empire. You have been playing these amazing characters for so long. Do you have any advice or words of wisdom for actors, writers, directors?

M.C.- I’ve been basically playing make believe since I was a small child, and I never grew out of it. I never grew up and got a real job. I just continued to play make believe all the time so, it’s something that comes naturally to me. I did study and it gave me techniques and things that kept me honest when there have been distractions like career problems, getting a job or comparing yourself to more successful actors. These are all distractions so studying gave me a chance to fall in love with the actual process, and not look to results and rewards. We all want those things; we all want to be successful. 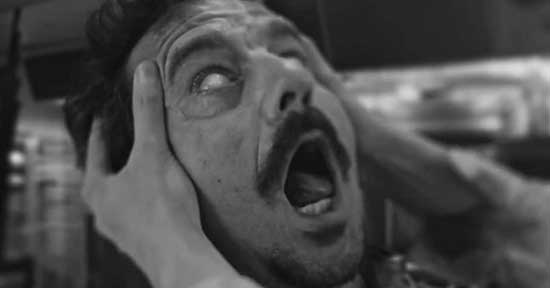 I want to continue to make a living. I’ve been blessed to be able to make a living at this for about thirty-five years. I would say what comes with age is that you stop comparing yourself as much to better actors, bigger stars. You just fall in love with yourself and your own expression, and you have to be true to that. That comes with life experience and maturity. You have to earn that through years of growth. We all start out as young actors idolizing the greats. In my case comparing myself negatively to these greater actors and bigger movie stars who have played greater roles. Instead of beating yourself up about it, you have to shine up your own star and forget about what happens to you in your career, and just fall in love with the work. I mean it may sound cliché but it takes years to do that. Since I’ve been able to do that over the past decade, I’ve been much happier in my life and I love my job. I’ve been rewarded.

I think that’s good advice. What are you working on next?

M.C.- I just finished two beautiful independent movies, one called Allswell with a lot of my friends in my theatre company Labyrinth Theatre Company. Then right after that I did a film called Hail Mary. It’s another beautiful film about a single mom who turns to robbing banks with my friend Tina Benko starring in it. I acted with her in A Midsummer Night’s Dream. Then in a few weeks I’m starting a limited series called, Jigsaw.

Do you ever think that you would direct a film?

M.C.- Probably not, I think I might be good at it but I don’t like working that hard. I’m a bit lazy, you know I like to do my thing and just show up and act. I think directing a movie would take me away from my quiet time. I need a lot of downtime to decompress and calm down from the anxiety of life in general.

What can you tell us about Labyrinth Theatre? Do you teach classes at all?

M.C.- No, I haven’t taught any classes, I was offered a teaching position at my Alma Mater HB Studio but that’s not something that particularly interested me. Although, I was a guest teacher in my friends acting class. I do enjoy working with actors and learning from them about the mistakes we all make. It’s interesting, no matter where you are in your experience or your talent level, we all have the same problems as actors about relaxation. In younger and less experienced actors you can see it very clearly. It’s educational for me because you see what works and what doesn’t work. I enjoy helping actors work towards overcoming these things. No matter where you’re at on an experience level, you’ll always have the same problems. The great actors also have the same problems. In between takes I would be sitting in my chair in a different way. I’m still learning, and I’m just picking up on act from where you were just sitting five minutes ago, act from there. You were relaxed a minute ago, and now you’re sitting in a weird way, it’s tension. It’s muscular physical tension, and you never stop learning that. I’ll be learning until I drop.

M.C.- I discovered acting when I was like twelve years old and from there I never looked back. Originally, I was a painter, an artist, and an illustrator but I was a kid so I didn’t think of it in terms of a career. As soon as I started acting, it appealed to my extrovert side, and nothing else could give me what acting gives me.

Thank you, Max. It was an honor to talk with you.