Interview: Thomas Hamilton and Ron MacCloskey (Boris Karloff: The Man Behind the Monster) 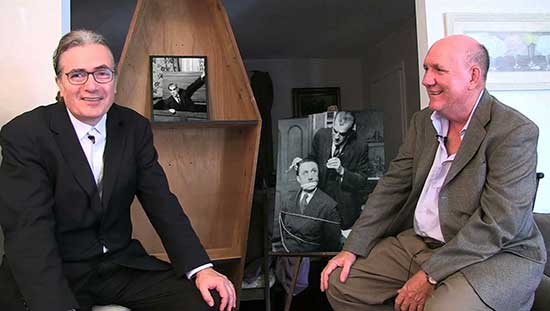 “Beginning just before his debut as Frankenstein’s creation, “Boris Karloff: The Man Behind the Monster” compellingly explores the life and legacy of a cinema legend, presenting a perceptive history of the genre he personified. His films were long derided as hokum and attacked by censors. But his phenomenal popularity and pervasive influence endures, inspiring some of our greatest actors and directors into the 21st Century – among them Guillermo Del Toro, Ron Perlman, Roger Corman & John Landis all of whom and many more contribute their personal insights and anecdotes.”

Hi Thomas, hi Ron. I watched Boris Karloff: The Man Behind the Monster. It was really beautiful. It was dedicated and you showed us more about Boris Karloff. I don’t think people knew he was such an incredible actor, the voice of The Grinch, and he gave the Universal Monsters such a unique portrayal. There is a lot of heart in this project. Why did the two of you decide to make this documentary?

Ron- That was the entire purpose. I’ve always believed from the beginning that this man was so wonderful and such a versatile actor. He deserved much more credit than just Frankenstein. If you look at his career, I think he had three points of his career that very few people get to accomplish. First of all, on film, he did Frankenstein. On the stage he was in Arsenic and Old Lace in a role written just for him on Broadway. Then of course he was the voice of The Grinch in How the Grinch Stole Christmas on TV. Those three things alone are remarkable. He had such a full career in between that. It started when I was a kid. I was seven years old and I fell in love with the movie. Eventually, I got to meet Sara Karloff in 1997 and the first thing I said to her was, I want to make a film about your dad. She was so cooperative and so helpful. We could not have done this without her. 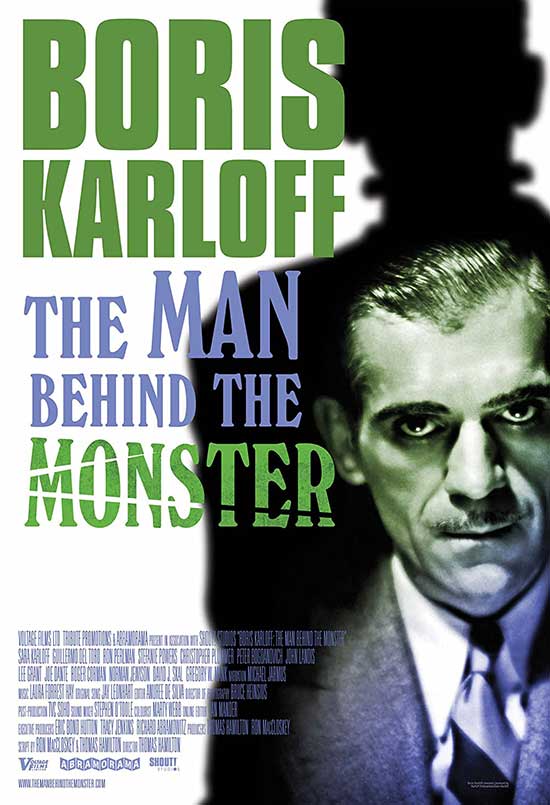 Thomas- There was a period of time before we met, Ron was trying to get this off the ground. He was interviewing a number of people and he acquired an archive. Ron needed someone who had an equal passion for the subject and also filmmaking skills.

Ron- Your absolutely right Thomas, I mean anyone can have a thought, an idea or a script. If you don’t find someone else who can help make it happen, and make a great film. That’s what Thomas brought to the table. We worked together so well.

Thomas- The interesting thing is Janel on how Ron found me. Ron saw my last film on Turner Classic Movies. I made a documentary about Leslie Howard, and the next night I got an email from Ron. He said would you be interested in making a film about Boris Karloff? I agreed quickly.

Thomas, what was it like for you preparing to direct this film and working with Ron?

Thomas- Ron had this huge enthusiasm for the project. I wanted to take the audience beyond just Frankenstein. It was easy for me coming into this.

Ron, what was it like for you working with Thomas and the cast? How did you prepare?

Ron- I’ve been preparing my whole life. One of the things that I think Boris represents to me is that he never gave up. He was forty-four before Frankenstein. He was working from film to film, he had every right to say this is not going to happen and move on, but he didn’t. That’s how I felt about this film. I did not want to give up this dream, I did not want to give up on telling his story. One of the things that Thomas brought was the fact that he’s from England. That’s what I wanted, I wanted to have a different perspective. He bought so much creativity. We got so lucky. It was great to talk to all these people, people that knew him and worked with him. People like Roger Corman and Dick Miller. The cherry on top was Guillermo Del Toro. He’s so devoted to the man and feels so strongly about Boris. 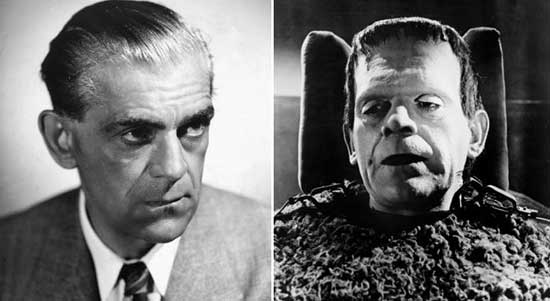 Thomas- There was so much ambition.

What do the two of you want to say to everyone that will be watching Boris Karloff: The Man Behind the Monster? What do you want people to know from your perspective?

Thomas- I would like to introduce people to this man’s body of work.

Ron- From my perspective there are two things. On the professional side, I rank Karloff up there with an actor like Al Pacino. Here’s the comparison Al Pacino in The Godfather and The Godfather II. He made an incredible statement as an actor. You could see that growth and how great he was, and to me that is exactly what Karloff did with Frankenstein and Bride of Frankenstein. He was so open to young people and he wanted to work with them and he encouraged them.

I thank you both so much for taking the time to talk with me for Horrornews.net. This was such a heartfelt beautiful documentary. Thank you.