Home | News | Every Day Is Halloween On The Slasher Social Network

Every Day Is Halloween On The Slasher Social Network 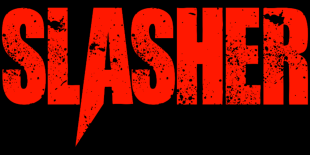 October is the one month when horror is not only widely accepted, but enjoyed by millions in the U.S. as we head towards Halloween – the most exciting holiday for horror fans! For those who wish to revel in their love of horror all year round, there’s the Slasher app.

Having been available on Android and iOS in the U.S. and Canada for over two years, the Slasher mobile app is the horror-themed answer to popular social apps like Facebook, Instagram, Letterboxd, and Bumble. There’s a timeline for people to post, a database with info on over 10,000 horror movies, a dating feature, and much more. Just about everyone will find something to enjoy on Slasher.

The friendly community of horror lovers enjoys their love of the macabre genre with little fear of being banned from the platform, because Slasher isn’t serving the mainstream. Slasher has been built around horror and understands the needs of horror fans, as well as creative people, like filmmakers, artists, and authors. Creators are invited to share their work, so they can connect with their audience more easily than other social networks.

Slasher’s creator, Damon Della Greca, had this to share, “Slasher has been built to support the horror genre and everyone who’s a part of the community. This includes fans, artists, and businesses. I understand the challenges the horror community faces and am constantly working to giving everyone better ways to connect with one another. We’ve seen some success stories, like people collaborating to make movies, and even a couple of engagements announced from people who met through the app’s dating feature! It makes me so happy to know this is helping people connect in such meaningful ways. I’m very thankful to have been able to do this.”

Halloween doesn’t have to be one day out of the year. Slasher is quickly becoming one of the horror genre’s go to places on the internet. Enjoy it every day!

Slasher is the social network designed for horror fans & professionals. It has been available since May 2019 on Android & iOS (U.S. & Canada).