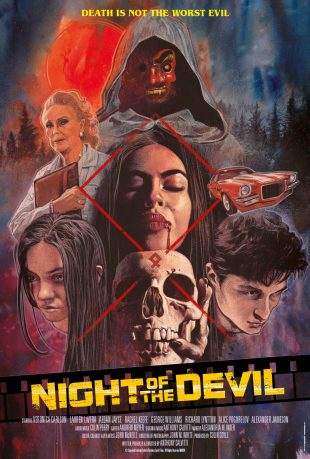 Death is not the worst evil when it comes to Anthony Calvitti’s new Halloween short film, NIGHT OF THE DEVIL.

Synopsis: The year is 1978 and it’s the night before Halloween, also known as Devil’s Night. Four teens: Chris, Vivian, Davis, and Laurel enter the woods for some mischief, but instead they come face to face with the Devil and a night of fun turns into a hellish experience.

The soundtrack features 1970s hard rock bands, Cactus and Iron Claw in addition to new music from Trevor William Church from the band, Beastmaker wit the film’s title song, “Night of the Devil”.