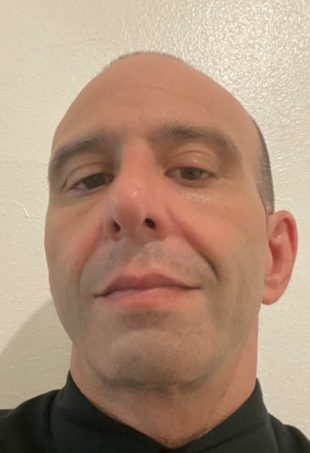 What is your earliest memory of watching Universal Monsters?

The first discovery was way back in the late 1970s when I was five years old. The original Dracula with Bela Lugosi aired one Saturday afternoon in Philadelphia on Dr. Shock’s Mad Theatre. I could give you an exact date if I had John Skerchock’s excellent bio, The Frightful Dr. Shock, in front of me.

The Universal films aired regularly on WPHL-17, “The Greater Entertainer,” from the 1960s into the 1980s. When the cool Universal logo and theme caught your eyes and ears, you knew something special was happening.

Watching a television set turned onto a UHF channel was an experience. All these old movies would pop up on TV, and it was either my first viewing or something I saw before. I didn’t know how many Mummy or Frankenstein films there were back then. Airings were always random, weekend after weekend. No VCR. You had to watch the films as they aired in real-time, and that old-school way of watching TV affected how you absorbed the experience.

The closest thing to all that today is Svengoolie on MeTV. As I write this, House of Frankenstein airs on his show this Saturday night. Whether it’s 1967 and there are only four other channels or today with so many choices, old horror movies are their top viewing choice.

Tell us a little bit about your book – Universal Monsters & Neurotics: Children of the Night and Their Hang-Ups?

If you asked one of the monsters, “What’s bothering you?” You might get answers like, “I’m centuries out of time” or “I suffer from this or that curse.” The follow-up question could be, “No, come on, what’s the real hang-up?”

The book, at its core, focuses on an essential element to any story: character. What makes a great, memorable, and original character? Characters have goals and motivations. They have wants and needs. None of that stands exclusive to dramas or action films. All good horror film characters have those things, too. Universal Monsters certainly are characters, so audiences might look at their outward motivations and inner needs.

They’re horror characters, though. Something dark goes on inside them.

A few years ago, I wrote an essay titled Frankenstein, the Abused and Neglected Child, looking at how Henry Frankenstein’s neglect negatively affected the Monster. Saying the Frankenstein Monster is “evil” because he’s an artificial construct or has a criminal’s brain ignores so many other things in his troubling life. It is not just the Frankenstein Monster, either. All the Universal creatures have something nagging at them, internally and externally.

I revisited several early “debut” films to see what struck me. I paid attention to the characters, observing from the shadows. I picked up a feeling the “monsters” had a strong human element, and they had human motivations and flaws. Real-world circumstances and human troubles, not supernatural factors, shaped their personalities and drove their behaviors.

Why did you want to write this book?

I wanted to re-examine the old films from a perspective of understanding the monsters. I wanted to see how multidimensional tragic characters drove the story.

I wanted to figure out what made them special and memorable. Why are some characters so iconic? Why do they continue to reach new audiences after nine decades? If you try to answer those questions, the films may reveal something valuable about creating fiction.

Why do you think these monsters are so important to the horror genre?

The Universal Monster films created the modern horror genre. The pictures weren’t the first horror movies, as horror films started in the silent era. Universal took things to a new level, and the studio took a tremendous chance in 1931 with Dracula. Dracula turned out to be a massive hit and made a superstar out of Bela Lugosi. Frankenstein scored another box office success. So did many subsequent Universal horror films.

The other studios weren’t into horror movies. Sure, some other production company could have started the genre a little later, but it wouldn’t be the same. You can’t separate the monsters from their makers. Could you imagine the modern horror genre’s landscape if actors like Lugosi, Karloff, and Chaney Jr. never played a part in getting things moving? And you needed a particular studio boss with faith in the films, Carl Laemmle Jr. Great directors like James Whale and Tod Browning, and writers such as Curt Siodmak, irreplaceable. Take effects genius Jack Pierce out of the picture, and the famous Frankenstein look never exists. Without the Universal monsters, no Hammer, no Munsters, and nothing to influence so many icons in later years.

What can readers learn from your book?

That the Wolf Man can never go home again. Dracula’s no longer a “Count” in the 1930s. The Invisible Man likes to draw attention. Those are some things I learned when watching the film. It’s all a plain canvas, and you can paint any black-and-white portrait you wish from those films. You can analyze and enjoy them from many angles.

Who is your favorite monster, and why?

My personal favorite is the Wolf Man, but not because he’s a monster. The first film is about a man, a human being, named Lawrence Talbot. We see how he struggles over the werewolf’s curse and how the curse could stand as a metaphor for anything troubling someone.

The Wolf Man focuses more on Larry Talbot’s plight than monster mayhem. Such focus on the tragic human heightens the drama and gives the werewolf’s rampages more impact. Larry wakes up the next day and has to deal with his guilt. Lon Chaney Jr. was brilliant in the role. He made things seem real.

Of course, Jack Pierce’s werewolf make-up is fantastic and frightening. And Chaney made a great werewolf when wearing the make-up. He’s terrifyingly realistic and bestial as a monster in the 1941 film.

Great stuff. Anything creative that delivers a great experience serves up inspiration. Somebody did something right and worth emulating. Great work inspires.

What are your writing habits?

Writing the first draft usually comes easy because everything’s flowing. Editing the first draft into the final draft requires a lot of cutting, fixing, revising, and tweaking. I try to give myself some time between drafts to get a little distance before the next revision.

Where can we find Universal Monsters & Neurotics: Children of the Night and Their Hang-Ups?

The book is available on Kindle at Amazon. Check it out:

What is next for Anthony M. Caro?

I have a sci-fi novella coming out in 2022. Expect to read more essays on HorrorNews.net, Comic Book Historians, and other places. I’m also working with someone on his autobiography, a nostalgic and shocking one. 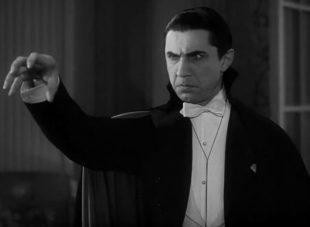