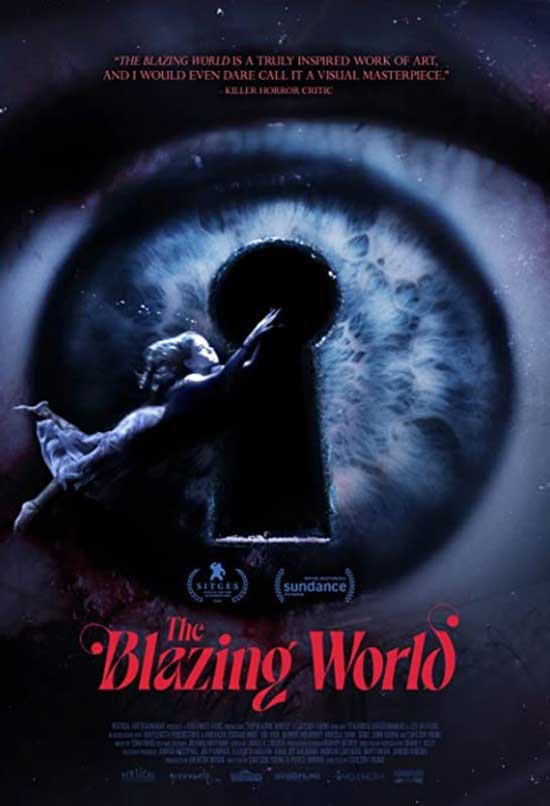 Decades after the accidental drowning of her twin sister, a self-destructive young woman (Carlson Young) returns to her family home, finding herself drawn to an alternate dimension where her sister may still be alive. Through an epic journey down the darkest corridors of her imagination, she tries to exorcise the demons pushing her closer and closer to the edge.

Directed by Carlson Young (Scream: The TV Series, Emily in Paris) and written by Carlson and Pierce Brown.

We meet two sisters, twin sisters. They are in front of a beautiful home catching lighting bugs or fireflies.

Vinessa Shaw portrays Alice Winter, and may we just pay homage to Hocus Pocus and her character Allison. Tom Winter portrayed by the amazingly talented Dermot Mulroney who just has played so many incredible characters. 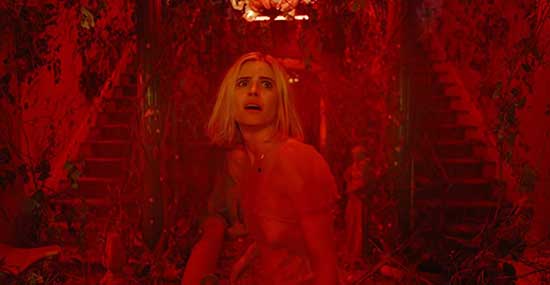 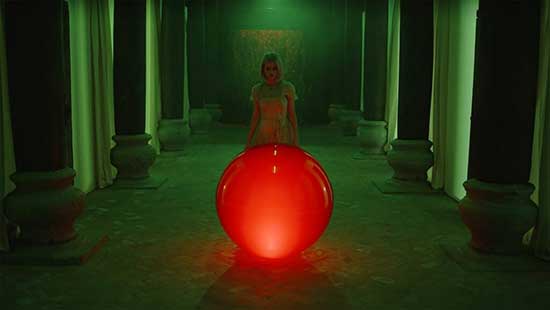 Alice and Tom are fighting while the girls are outside. Young Margaret Winter (Josie Fink) and Young Elizabeth Winter (Lillie Fink). Margaret watched her sister drown as her parents fight.

We also meet Udo Kier’s character Lained and flash forward to Margaret Winter waking up. Alice calls her and wants to know if she’s coming home. Lained may be the alternate reality that Margaret wants to know if it exists or not?

I’m sure I’m not the only one but I often wonder if other people have constant déjà vu moments of hey, I’ve been here or I’ve seen that person before?! Margaret just so happens to run into Dr. Cruz (Liz Mikel). She has questions, she watched Dr. Cruz’s work.

I heard an interesting story via social media or somewhere random. Someone suggested that Area 51 is the way out of this world. The door to another dimension???! Could you imagine that? What a rabbit hole that would be.

Margaret heads home to the beautiful home that is full of secrets, the pool where her sister drowned, the sounds of fighting, screaming, some happiness, some madness. It’s a house that could probably tell story after story.

Margaret finds Alice frantically vacuuming and they both ask one another if either has eaten yet? That’s what stress does to a person. You either don’t eat or you eat for the lack of something.

The Blazing World is such a beautiful film. It’s this blend of fantasy, creepiness with horror, and some sci-fi lingering. Vinessa Shaw is amazing. Carlson Young plays Margaret with such fierce determination with a sadness.

Dermot Mulroney’s character Tom’s brokenness is showing. Margaret has a conversation with her father. He’s lingering in the past while figuring out his future.

The shrieking loud, what the f*ck what was that violin noises are still effective. Think Psycho -the shrilling violin sounds just elevate the tension and fright in the film. 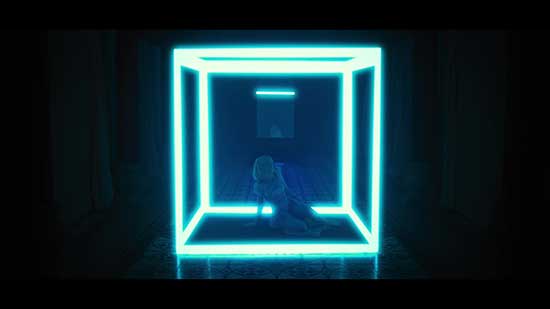 Margaret decides she needs a break, she goes out with Blake (John Karna) and a bunch of friends. Why not, when in crisis, go out with your friends, have a drink, and talk about the madness and insanity that life can be.

The Blazing World is not just this psychologically trippy journey but it’s also about healing. It takes us on the wild ride and through Margaret’s mind and Carlson’s mind as a director and writer. 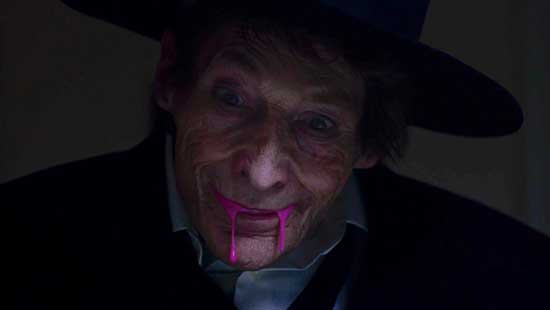 This cast is so good. The movie is beautifully shot, the effects are insane.

It’s always amazing watching Udo Kier disappear into the mind of a character. Vinessa Shaw plays Alice so wonderfully. She is strong. Dermot Mulroney’s portrayal of Tom is intense. He goes from this nice, loving husband and father through a journey of channeling Jack Nicholson from The Shining.

Human beings are fascinating. Margaret goes on this wild psychological journey to be able to heal herself. Carlson Young delivered such a beautiful film. Carlson Young did such a good job with this movie.

I would recommend checking out The Blazing World.