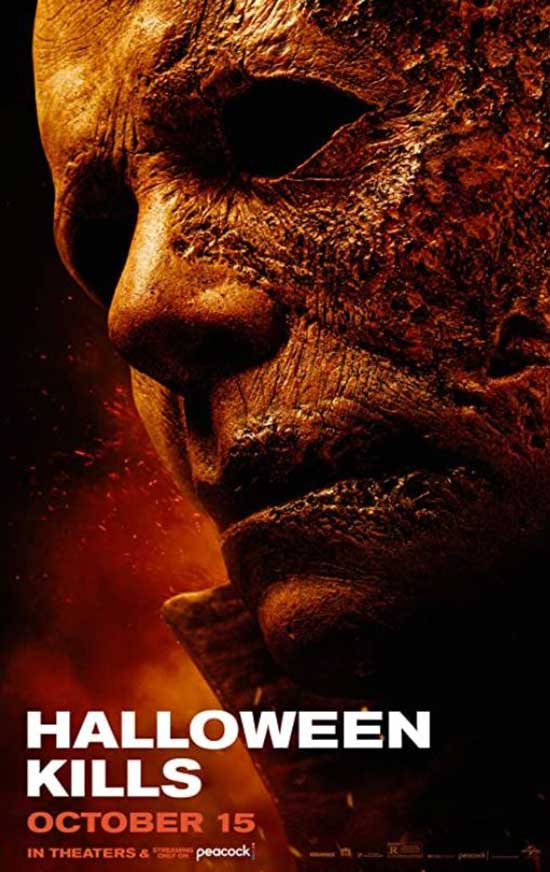 Surviving his latest encounter with Laurie Strode, the seemingly unstoppable killing machine Michael Myers continues his blood-soaked rampage through Haddonfield, killing anyone who gets in his way.

I have always been a huge Halloween fan, so I was really looking forward to Halloween Kills, especially after I saw the awesome trailer for it. I went into it with some mighty high hopes and after everything was said and done, I am happy to report that I really dug it and thought that it was nothing short of amazing.

This time around the people of Haddonfield are ready for Michael and they are determined to take him down for the last time. Led by Tommy Doyle-one of the survivors from the original film-an angry mob of citizens (which also includes Lindsey Wallace, Dr. Loomis’ nurse Marion, and Tommy’s childhood bully Lonnie) go out searching for Michael and plan to make him pay for all the death and destruction he’s caused in their town over the years. Unfortunately, Michael is more than ready for them and in the end, they may regret their decision to try and stop him.

There is a lot to love about this movie, and I dug the fact that we get several flashback scenes that go back to that Halloween night in 1978 during Michael’s initial rampage. Even cooler is the fact that Loomis shows up in these flashbacks, and since I have always loved the character, it was great to see him make another appearance. We get a little more background on Michael with these flashbacks, and in the end, I actually couldn’t help but feel a little sorry for him as it is obvious all he wants to do is to return to his childhood home. It was also great seeing Laurie Strode again, and I thought it was a nice touch not having her interact with Michael at all this time around as it makes their next encounter in the next movie-which will most likely be their last-even more epic in the long run.

One of the best things about the movie is the death scenes. There are a ton of them, and Michael is obviously pissed off this time around because he’s more brutal than ever before. He really gets into his work here and as a result we get to see people stabbed, hacked to pieces, have their eyes gouged out, and in the case of one poor unfortunate soul, his head twisted around backward. Myers goes all out this time around and the results are mighty hardcore. The film boasts one hell of a body count, and I couldn’t have been happier.

I loved the characters as well. Jamie Lee Curtis does an excellent job as usual bringing Laurie to life, and her daughter and granddaughter are great as well. I really dug Tommy Doyle and couldn’t help but root for him and he tries his best to bring an end to Michael once and for all. My favorite characters though, have to be Big John and Little John, an unfortunate couple who live in Michael’s childhood home (of course, things don’t end so well for them as you can imagine). There is just something about these two that I really liked, and I was wanting them to survive to see another Halloween. They bring some subtle humor to the movie and are just likable characters in general (of course it was also nice seeing the returning Lindsay Wallace, Nurse Marion, and Chief Brackett as well).

I liked the ending as well and don’t understand all the hate that it is getting. If you pay attention to what Laurie is saying in her voice over as the mob is attacking Michael, you will understand things. I’ve heard a lot of people complain about the ending, and many of them said that they hated it, but I think that it works in a number of ways, and I enjoyed it. I thought that it was the perfect ending that sets up the final installment and even though there is a major death that I didn’t see coming that is apparently a sore subject with many viewers I thought that it made sense and helps to make Laurie even more vengeful and gives her even more of a reason to finally wipe Michael off the face of the earth.

I loved Halloween Kills and don’t get all the hate it is getting. I thought it was a fun movie and loved all the little throwbacks that they threw in from previous films in the series (such as the Silver Shamrock masks). It seems that people are quite divided on the film as they either love it or hate it, and I am definitely part of the former. If you love Michael and the other films as much as I do you will love this one too. Check it out when you get a chance, you won’t regret it.