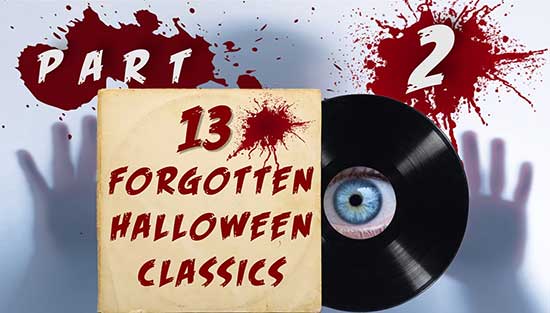 Welcome back to Part 2 of our Halloween inspired “Songs from the Crypt,” playlist, though I think these songs are winners any day of the year. We’ll kick things off with a semi mainstream number and let things get weirder from there.

Zevon’s “Werewolves of London,” is a mainstay of Halloween playlists and drunken sporting events, but for my money the title track of his second album represents ‘Mr. Bad Example’ at his ghoulish pinnacle. It’s a bouncy, piano driven track that suddenly screeches one hundred and eighty degrees into utter darkness for its final verse—that’s when the titular character leaps from mischief to sexual assault and murder. He dug up her grave and built a cage with her bones—a brilliant song with lyrics awash in Heartbreak Motor Oil and Bombay Gin. That’s a line from the Zevon runner up, “I’ll Sleep When I’m Dead,” from his eponymous debut album, (not to be confused with Bon Jovi’s pop track). 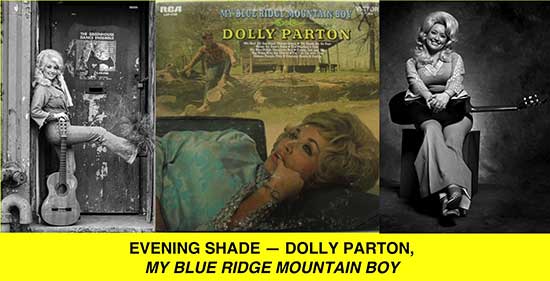 What you gasp? How can Dolly Parton, that smiling, national treasure, who distributes books to children be on this list? Well, those of you who aren’t hardcore country aficionados probably don’t know about Ms. Parton’s Appalachian goth period. Inspired by the ‘Murder Ballads’ sung in her Tennessee mountain home young Dolly spun some truly dark social justice tales. Unwed mothers leapt to their deaths (The Bridge), outspoken wives were dragged to mental hospitals by their angry husbands (Daddy Come and Get Me), and babies were burned alive while their drunken parents whooped it up (The Party). In “Evening Shade,” the abused children trapped in a reformatory take their revenge by burning the place down, with their sadistic matron locked inside! Now that it’s all over and the sun is going down. There’s no Evening Shade, cause we burned it to the ground. Evening Shade was burning, just like the hell it was. Truly haunting stuff from a master songwriter who could be the diva of darkness when she put her mind to it.

“Don’t Fear the Reaper” rests atop every horror rock playlist and has been hailed as a classic by no less than Stephen King and Halloween director John Carpenter. But there’s more to BOC than that FM staple. Prior to “Reaper’s” ascent to Billboard heaven the band cut three overlooked, but brilliant proto-metal, semi-prog albums. “Astronomy” is the haunting closing track from their third LP, Secret Treaties. From its sweeping grand piano intro, to its roaring guitar and organ crescendo, Astronomy stands as the group’s sonic masterpiece. The clock strikes twelve and moon drops burst out at you from their hiding place. Like acid and oil on a madman’s face his vision tends to fly away. The arcane lyrics are actually selections from producer Sandy Pearlman’s cryptic Imaginos poems, so read into them what you will. Blue Oyster Cult’s sinister second bests include “Transmaniacon MC”, from their self-titled debut album, “Wings Wetted Down” from Tyranny and Mutation or the silent movie put to song, “Nosferatu” from Spectres.

During this song’s two minute spoken intro, Frank Zappa sagely explains, “Cheapness, in the case of a monster movie, has nothing to do with the budget of the film, although it helps.” This 1974 live track is his love letter to B-Horror movies in general, and Roger Corman’s It Conquered the World, in particular. The lyrics tell the tale of a giant alien poodle from planet ‘Frunobulax,’ terrorizing the 1950’s populace. On top of its copious monster movie references the seven-minute track features great vibes playing from Ruth Underwood along with stellar work from the legendary, but ever revolving, Mothers of Invention. Frank Zappa’s monstrous runner up tracks include Over-Nite Sensation’s “I Am the Slime” and “The Torture Never Stops” from 1976’s Zoot Allures.

And here’s a pair of instrumentals with a creepy retro vibe.

This Kurt Weil-esque track is the overture to a concept album exploring alien abductions, government conspiracies and general paranoia. Amazingly, this record predated the similarly themed X-Files by over a decade. The alien invasion concept was first introduced in my runner up Stranglers song “MeninBlack” from The Raven. “Waltz” resurrects that tune’s giggling aliens who chillingly refer to mankind as, healthy livestock so we can eat. Clearly this is no interstellar social call!

Trouser Press proclaimed this New England combo, “The band that poured the first shot in the cocktail revolution.” They were indeed the forerunners of a short lived, kitschy lounge music revival, that inspired the 1996 film Swingers. But Combustible Edison took their lounge music roots seriously, creating tracks that would have done their idols like Martin Denny and Les Baxter proud. 1994’s instrumental “Carnival of Souls,” perfectly captures the essence of a late-night horror flick, enhanced by Liz Cox’s ethereal background vocals. If you want to have some fun, play this track over the opening credits to Reanimator—It fits like a hand in a surgical glove.

And finally, here’s a bit of spoken word, beat poetry, guaranteed to turn your mood all Halloween orange and chimney red.

He hung up his wild years on a nail he drove through his wife’s forehead. Thus begins Waits’ saga of a depressed man ‘selling used office furniture out there on San Fernando Road.’ This ditty is by turns haunting, funny and creepy… and that’s pretty amazing considering it’s under two minutes long! I suggest popping open a Mickey’s Big Mouth and whistling along to Waits’ breezy Hammond Organ accompaniment. For more terrifying-Tom-tunes check out… oh hell, anything from this album onward.

Those are my contributions to your Halloween playlist. And if you need a break from scarfing chocolates and ogling naughty nurses, check out my horror novel Primeval Waters, from Severed Press. Readers’ Favorite Magazine just gave it five stars, stating, “William Burke delivers the whole horror package with Primeval Waters.”