Hi Dermot, it’s such an honor to talk to you. I’ve probably seen all of your films. You are so talented with music and acting, and I have to tell you that Samantha is one of my favorite films ever.

Dermot- Thank you and thanks for bringing up, Samantha. I never hear that title from anyone. It’s probably a wonderful film so thank you.

The Blazing World was amazing. I loved the characters. I can’t even imagine losing a child. Your character and Vinessa Shaw’s character Alice, I loved both of them. The two of you have such amazing energy and you kind of go on this wild ride. You go from nice to Jack Nicholson in The Shining. The Blazing World is such a powerful film. How did you prepare for the film?

Dermot- Oh, even while you’re asking the question it’s tapping into all of the emotions that go into it and you’re really right on the money, except for the Nicholson comparison, thanks anyway, but yeah, I wish. [Laughs]. But Kubrick in this film and Carlson, maybe we’ll get to that. Carlson the director was so specific and even as it’s written on the screenplay, I knew it was intense material, and I didn’t even understand all of it, even at the end. After having performed it to be honest but certainly not in the reading. I just put myself in the hands of such a gifted person. Just so everyone else knows, she wrote and directed the entire thing that she stars in. She gifted me with this character. We have Vinessa Shaw in the role where we have to depict violence that affects this whole family. It sets off our daughter’s recovery from grief and loss, and the trauma that is related. There is nothing light about going into this. For me it was an expression, it was the first film and we were two months in to the shutdown that week. We isolated ourselves and shot this. Everyone had a lot of emotions pent up in those moments last year. There was easy access to some of it and there is so much grief that I haven’t finished working on, you know you just go there. 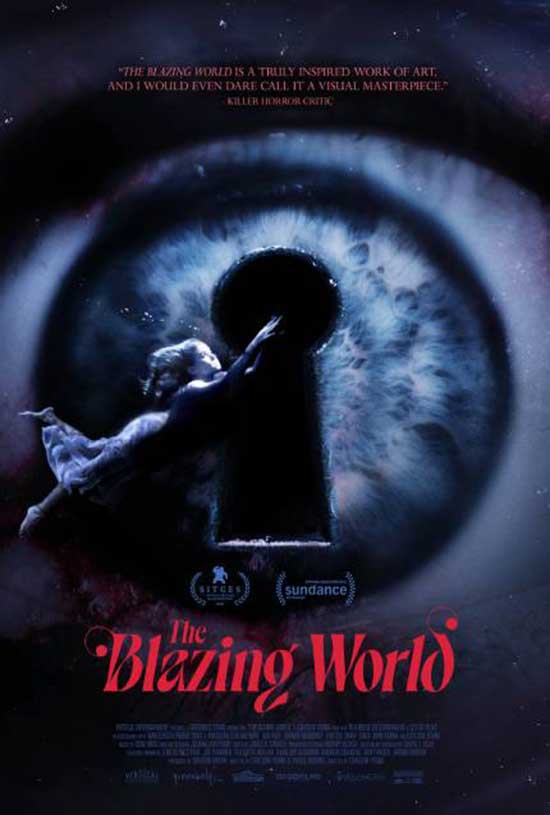 The Blazing World is sort of a Kubrick homage, what was it like working with Carlson Young?

Dermot- Yeah, my plan was just to be faithful to the material and to her vision, which was so strong and so clearly put forth. The design and everything that you see in each frame of that film is so deliberate and descriptive. The cinematography is wonderful. You’re watching a movie about the innerworkings of someone’s mind so it could be anything of course. You’re seeing a direct line between the creator’s imagination and the depiction of that imagination which is great for a movie to have that little psychological line. I felt a lot of responsibility to depict this role with care.

I felt this movie and Carlson took a lot of care with the mental health aspects, and taking care of yourself and trying to overcome things to heal. Maybe, I’m taking it too far?

Dermot- No, no you are not taking it too far. Anywhere you want to take it with this movie is where it takes you. You can there.

Was it challenging playing a character like this? You are going through so much and what’s happening with Alice and Margaret?

Dermot- Yeah, no it was challenging to be in those heavy scenes where there is physicality between characters is no light chore. It was done with such love and respect. Even talking about it wells up what it took to get in there, especially with Vinessa who I love. We worked together before on Big Miracle (2012). If you saw them all you loved that one. 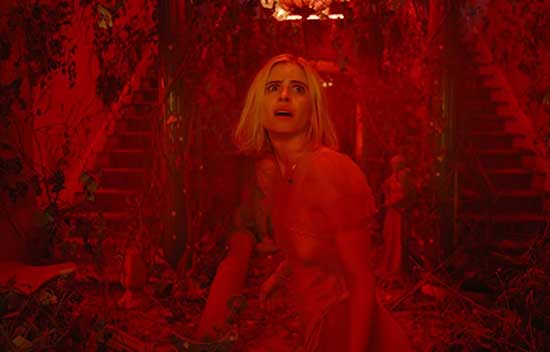 I did see Big Miracle and I loved it.

Dermot- It was such a great cast but our storyline carried through to where we wound up getting married at the end right. So, this is like the nightmare version of what may have happened between Colonel Boyer and Vinessa’s character in this Alaska whale saving movie. That’s an enjoyable film too, not as intense as The Blazing World.

That’s a good analogy of it with those characters getting married and then it’s this wild nightmare.

Dermot- Yeah, but for me it was a dream to work with Vinessa again. She’s so wonderful in this movie. I’m proud of this, I’m proud to be a part of it.

What would you want to say to everyone that will be watching The Blazing World? What do you want everyone to know from your perspective?

Dermot- I think in the larger scheme of things, it’s a great time to watch this movie. I think a lot of the viewers will be watching it from home but it is available in theaters so if you’re in one of the cities, that’s the way to watch it. But go on in to the depths of this movie with the filmmaker and with us. You can see what you find in there. It’s a movie about recovering from trauma but in that we needed to depict that. I’m a little moved talking about it now but really proud like I said. It’s a wonderful movie to look at with your movie loving eyes. 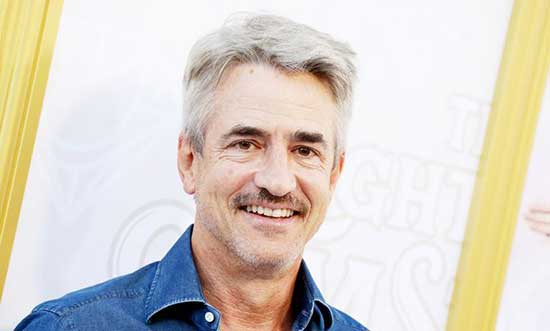 What are you working on next and will you do more music?

Dermot- Are you a musician?

I wish I was a musician but I’m not. Maybe one day.

Dermot- Thanks for bringing that in and seeing that connection. I don’t think I have anything musical but hey anybody call me for that. I’m putting out there bucket list stuff that I want to do. I want to play the Vivaldi double cello double concerto with Yo-Yo Ma. Right now, I’m working on a gritty indie thriller called Breakwater, James Rose writer/director, I’m in the middle of that, even shooting tonight. Umma is a movie I did during the pandemic with the incredible Sandra Oh. That’s in the psychological genre, it’s a wonderfully crazy movie. Hanna, season 3 is out soon from Amazon. We get to continue that spy thriller saga. Yeah, I’ve been really lucky. I have a lot of stuff coming up.

Thank you so much. It was such an honor to talk with you. You elevate films when you’re in them. I love The Blazing World and Samantha will always be one of my favorite films. Thank you.

Dermot- Thank you, I love what I do, and I’m so blessed to be able to do it. Janel, thank you so much. I really appreciate it.

IN SELECT THEATERS AND EVERYWHERE ON DEMAND OCTOBER 15

Decades after the accidental drowning of her twin sister, a self-destructive young woman (Carlson Young) returns to her family home, finding herself drawn to an alternate dimension where her sister may still be alive. Through an epic journey down the darkest corridors of her imagination, she tries to exorcise the demons pushing her closer and closer to the edge.