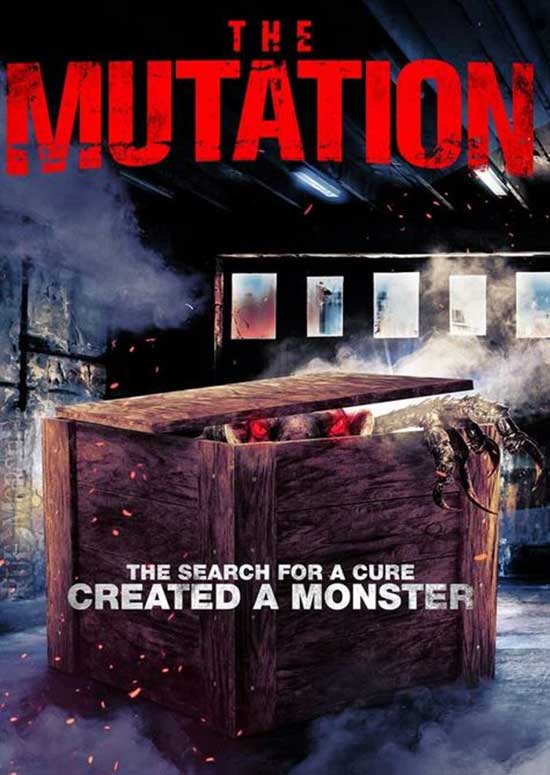 After a deadly experiment on a rat goes wrong, the mutated rat has been let loose in a city and a group of detectives are on the hunt for the beast. Zoologist, Allen Marsh must work alongside a grieving widow to help detectives capture and exterminate the mutated rat. As the body count rises, no one is safe, and the rat is growing at a rapid pace!

Oh boy, what did I get myself into? I’ve seen enough stuff in life and also, I’ve seen plenty of movies to know that doing anything with animals or a virus, it never turns out well.

The Mutation was written and directed by Scott Jeffrey (Bats, Don’t Speak), and we meet Peter (Nick Danan), and Dr. Linda Rowe (Amanda-Jade Tyler). Peter looks stressed, he’s not eating or sleeping. WHY? Why, you ask. Well, Peter apparently created a mutated rat, and the rat is portrayed by Derek Nelson. 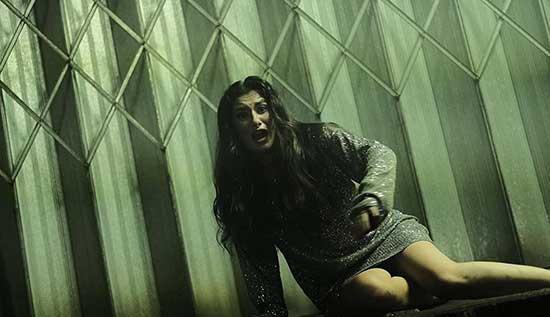 Dr. Linda (Makes me miss LUCIFER) gets a phone call and she has to go. Peter goes to check on his rat, and the rat can fight. The rat must have lived through 2020. It’s not looking good for Peter, and I don’t just mean the fact that he’s checking on a giant mutated rat.

I’m not being judgmental, I’m just concerned. I have so many questions. What was he trying to do? Was it his main idea? Does a rabies shot save you if you get attacked by a giant mutated rat? 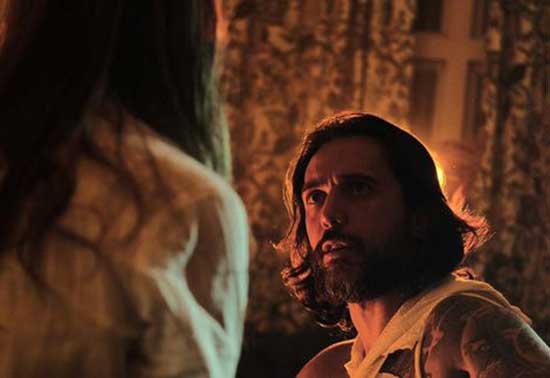 Jenna (Jodie Bennet) and Allen Marsh (Ricardo Freitas) are breaking up. Nobody really tries anymore. They could go to therapy?

Allen shows up to check out the scene of the crime to figure out what did this to Peter. Allen is a Zoologist, do Zoologist know that much about mutated rats? Ohhh, Julie is played by Abi Casson Thompson and she’s concerned about Allen, and she is Allen’s assistant. (Did they really only send one cop to the giant mutated rat murder scene?)

There are detectives on the scene, they are seriously and they have stern looks on their faces. They have no idea what could have done this? Sergeant Chambers (Megan Purvis) is a no-nonsense detective who wants facts. Sargent McKenna (Andrew Rolfe) and Norton (Jamie Robertson) have joined this case.

Jamie Robertson’s character is very, VERY serious, and I could listen to his voice all day, all night. Wait, I’m reviewing a movie. They head back to the station after Allen gets his samples.

Dr. Linda is one of the first people they question. Allen tries to explain why Dr. Linda was sneezing while crying and trying to explain what went on. That didn’t last long. Norton and McKenna head out and Allen wants to inspect his samples. Meanwhile Chuck E. Cheese over here is out and about roaming around. Where’s Splinter at when you need him or at least a Gremlin? Spike?

The giant mutated rat has a woman cornered now, I will say that the special effects, the giant mutated rat costume and movements are actually awesome. I wouldn’t expect some kind of perfect creature like a werewolf some type of werewolf from An American Werewolf in London or The Howling, let’s face it, those two films have excellent werewolf transitions.

I know, I’m getting off-track. My semi-point is that I wouldn’t expect for a mutated mutant rat to be some kind of perfect changing creature. The rat is gritty and grimy and it fits so well. Allen is doing his tests and talking to Dr. Linda. 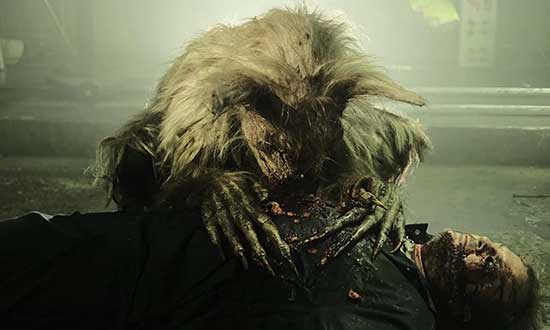 I still have so many questions for Scott Jeffrey? Why a rat? Who made the costume? Allen and Dr. Linda are sitting by the fire, having drinks. Nah, it’s okay, don’t worry about mutated rat running amok. Dr. Linda isn’t sure about what her hubby was working on?

She never thought to ask? Hey, what are you working on? The woman that the rat killed was found. Allen is working on figuring stuff out. Allen guessed but he isn’t one hundred percent sure. 2020, how did you sneak in? They have to go into lockdown.

No one is sure what to do or what to say about this situation? So, they are going to “warn” the public. Allen just can’t stay away from Dr. Linda. Allen must warn Dr. Linda first but not without getting into a fight with the “serial giant rat killer.” I will say this is a fun movie to watch. 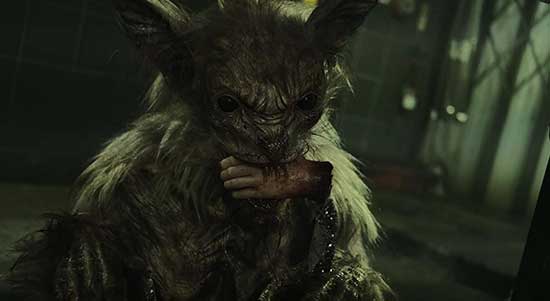 You can probably guess what happens. Yes, Allen does want to catch and trap the rat. The rat strikes in a public restaurant where Norton and his wife are. Okay, so a girl is being brutally attacked by a giant rat and not one person moves or does anything? Norton is just sitting there; the poor hostess tries to at least fight with the rat.

There is a twist, a few turns. The mutated rat does a lot more killing.

The Mutation is a fun movie to watch. I would say check it out, and it definitely takes you on a ride with a wild creature.