Home | Articles | Feature Article | What to Watch for October, and Halloween 2021 List 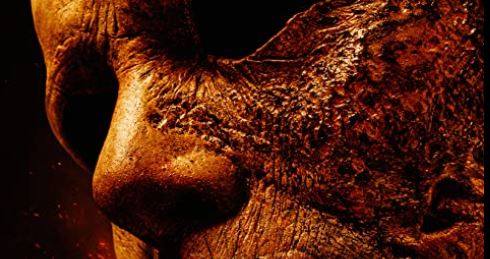 Happy Halloween and Happy October. So, it’s been Halloween for me since maybe July? Okay, probably sooner, but don’t judge. I love summer, and I love sunshine but I do love Halloween. It’s spooky season and everybody loves a good scary movie, or a good show. You can find quite a few movies on apps like Tubi and Crackle. You can watch Zombie with a Shotgun on Tubi. I wanted to take a look at movies, shows, and even YouTube. There are some amazing content creators, reviews, and much more.

Being a Hooligan of Horror is quite easy. Over the years I have seen a lot of horror films, television shows, YouTube channels, series, web series, docu-series. I grew up watching horror movies. I think there is something calming and cathartic about watching a horror movie. Real life is horrible enough so, have fun, and watch a movie with friends, it takes your mind off of stuff. Here is my list of movies, series, and even a few YouTube channels to check out for the month of October, and my favorite holiday… Happy Halloween.

Here are some television/streaming shows to watch.

Snoop and Martha’s Very Tasty Halloween, premiering on Peacock on Thursday, October 21st. I mean come on, it’s Snoop and Martha. The last Halloween special they did together was great.

Okay, SHUDDER is one of my favorite places to watch movies. Here is just a taste of what SHUDDER will be delivering for the month of October.

CREEPSHOW Season 3- New episodes will premiere every Thursday through October 28th. Yes, this is based on the 1982 classic anthology.

SHUDDER is also giving us a docu-series. It takes a look at horror icons. BEHIND THE MONSTERS premieres October 27, 2021 and you can watch new episodes every Wednesday.

Would it be Halloween with Joe Bob? JOE BOB’S HALLOWEEN HOEDOWN will be on Friday, October 8th at 9pm ET on SHUDDER TV.

Okay, now moving on to the amazing Crypt TV.

The Girl in The Woods will premiere on Peacock on Thursday, October 21, 2021.

On Peacock you can also watch UNIVERSAL CLASSIC MONSTERS. Everything from The Mummy to Dracula’s Daughter.

Movies coming out in October:

HALLOWEEN KILLS October 15, 2021- Michael Myers is definitely NOT a quitter.

SMOKE AND MIRRORS: THE STORY OF TOM SAVINI will be available on Digital October 19th.

LIKE DOGS BY RANDY VAN DYKE will be released via digital on October 1, 2021.

THE MUTATION will be released via Digital/DVD on October 5th.

DEMIGOD will be released on October 12th on Digital/Theaters.

DASHCAM will be released on October 15th on Digital/DVD

THEY’RE OUTSIDE will be released on October 29th on Digital

WITCH HUNT Directed and Written by Elle Callahan will be in theaters, On Demand and Digital on October 1, 2021.

TILL DEATH starring Megan Fox. It will be on NETFLIX on October 1, 2021.

ESCAPE ROOM: TOURNAMENT OF CHAMPIONS will be released on October 12, 2021 and it was directed by Adam Robitel.

THERE’S SOMEONE INSIDE YOUR HOUSE October 6th on Netflix

Now let’s mention a few classics that some of us have watched every year, for years. A few classics, and honorable mentions.

Elvira: Mistress of the Dark (1988), our genuine queen of Halloween celebrated her 40th Anniversary on SHUDDER. (SHUDDER, we LOVE you)

How can I not mention Halloween (1978), directed by John Carpenter and written by John Carpenter and Debra Hill. Michael Myers causes chaos in Haddonfield since 1978. The director, the cast, the soundtrack is by the director, the ambiance of Halloween. Let’s not forget the quotes: “It’s Halloween. Everyone’s entitled to one good scare.” Brackett. P.J. Soles, “totally.” It’s definitely a fun movie.

Okay, Beetlejuice and The Rocky Horror Picture Show. I love both and you can watch them all year long if you want but both of those movies are fun to watch during Halloween.

Halloween II (1981), directed by Rick Rosenthal and written by John Carpenter and Debra Hill. Halloween II carries on with Michael Myers on the loose and Laurie Strode (Jamie Lee Curtis) is in a hospital which you think you would be safe, NOPE!

The Monster Squad (1987), directed by Fred Dekker, and written by Dekker and Shane Black, The Monster squad is one of those must-see movies.

Trick ‘r Treat (2007), written and directed by Michael Dougherty, Trick ‘r Treat is Halloween perfection. It’s the piece de resistance of Halloween. It’s an exceptional movie that didn’t always get the love it gets now. Everything from the cast, the masks, Sam, the whole movie.

The Omen (1976), why The Omen you ask? Okay, this movie was directed by Richard Donner and written by David Seltzer. The Omen feels ahead of it’s time. Plus, there is something about humans and the unknown mixed in with evil. Gregory Peck and Lee Remick are the parents to little Damien played by Harvey Stephens.

Okay, one of my all-time favorite franchises is the SCREAM (1996) franchise, Wes Craven directed this beautiful movie and Kevin Williamson wrote it. It plays homage to horror and also laughs at it in a classy way. A memorable cast, lines to quote for years, Ghostface, a fandom that never ends. I could go on and on about SCREAM (1996).  A few other Wes Craven mentions, The People Under the Stairs, New Nightmare (1994), okay, I can hear you… WHAT? WHY? Watch New Nightmare, you see a different side to Freddy and you meet the class act theatre trained Robert Englund. More Wes Craven, The Hills Have Eyes (1977), Deadly Blessing (1981).

MAY (2002) directed by Lucky McKee. You can watch this movie anytime. The film stars Angela Bettis, Jeremy Sisto, James Duval, and Anna Faris.

Haunt (2019) It’s not technically a classic yet but it’s a fun movie to watch anytime and at Halloween. Directed by Scott Beck and Bryan Woods.

Scary Stories to Tell in the Dark which is also kind good for new horror fans to watch. It’s also currently on Netflix.

The Silence of the Lambs

An American Werewolf in London

So, I figured I might add a few YouTube channels I check out once in a while.

Monique Dupree-Thomas www.youtube.com/channel/UCYBKL7R42nGp8pL6mh6GHsg (Monique Dupree-Thomas is an amazing Actress, Mom, Wife to Author Anthony Saint Thomas. She is involved in so much and you can also check out her IG account, @thaoriginalgata Tha True Original GATA.)