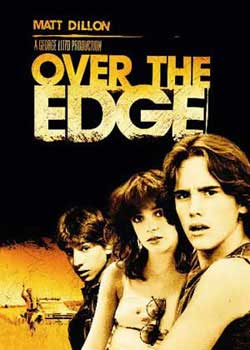 New Grenada is a planned community set in the desert where there is nothing for the kids to do, save for a rec center – which closes at 6 PM. The parents, in their zeal to attract industry to their town, have all but neglected their children. As a result, the kids begin to create their own entertainment.

New Granada, a fictional home to new community beginning to emerge. This cult films came out at about the right time as it addressed issues of the era when vandalism was on the forefront and teens were indulging into more criminal behavior. At times of drug abuse, teenage sex and high school violence. The film echoed a reality that was both a problem and a cult icon cinematic experience that captured the flavor of a generation that played Kiss records, attended Cheap trick concerts and took every day one day at a time with an almost inventive vigor that attributed to their behavior. Yes, far removed from the digital age, I remember these times well and at the core came this little film that seemed to hit the nail on the head about suburban living. The film begins with a fact prompt that notes in 1978 over 110,000 kids were being arrested for vandalism and criminal behavior. 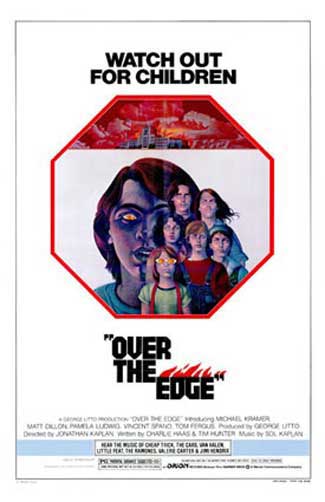 The film is based on a true story about the community of kids mostly under 15 and a town growing into a neighborhood of town homes and condos. This also marks a remarkable first performance by new comer Matt Dillion who’s own personal style and manner reflected a sense of the cool kids that inspired others at that time. Call them stoners or just the town delinquents, but they still added a presence and this is a story about one such boy and his friends. Richie White, the local kid with a record, Carl (Michael Eric Kramer), the new kid on a downward spiral trying to fit in and impress his friends, Claude (Tom Fergus) the gawky skinny kid who was stoned more often than not and Cory (Pamela Ludwig), the school fox and partial bad girl.

This group and the world they live in is one of partying, hanging out, dating, causing trouble and fighting authority any way they can. With a small conservative teen center on the brink of being overwhelmed by the cities plans to grow and prosper, they find that ignoring the younger population may be the root of all evils that they are trying to avoid. “Over the Edge” may have singulariy defined the Cheap Trick song “Surrender” above all others. With a hip soundtrack that features additional artists such as “the Ramones”, “the Cars”, “Hendrix”, and “Van Halen”, Over the Edge” stands high above teen angst films. 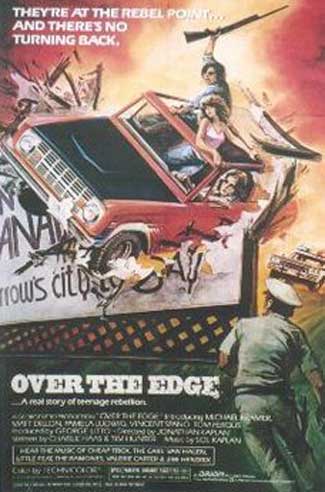 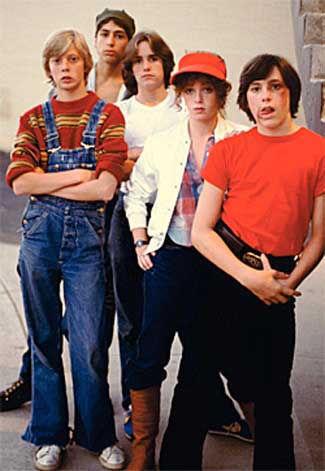 The arrival of “Over the Edge” came at a time in homeviewers histtoties when pay pr view cable was just getitng its footig, so seieng this film late at night was mroe often than not. As an entry into cult films, the message hear is more of dark ties tha of hope, as we see Richie shot in a miscalcualted shooting, and the youth rebel to rather destruction ends that trashes an entire school. The vandalism message was received loud and clear and taken to heart as the once promising kids of Granada find themselves bused away to prison. Even now that softly cosuling song sung by Valerie Carter “Ooh Child” rngs thru my brain as writing. If you havent had a chance to heck out this dated little masterpiece, you might do yourself a favor and give it a whirl. The imagery that most echoes with me is a the true retrospective example of a simpler time. Would i trade in all th ehyper tehcnology for a chance at 70’s less productiive community like spirit? Peraps….Perhaps, .I’d do it all over again. 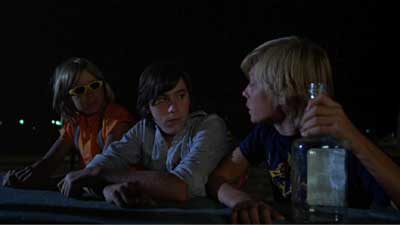 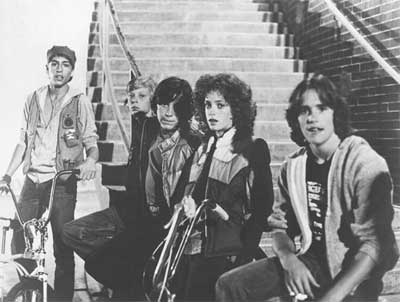 Over the Edge” was directed by Jonathan Kaplan. IMDB also includes some cool facts on the production.

Charles S. Haas based his story on true events which occurred in the planned community of Foster City, California in the early 1970s. In fact, a California headline about the incident, “Mouse Packs: Kids On A Crime Spree”, was authored by Haas when he was a reporter with the San Francisco Examiner.

Originally completed in 1979, the movie was not released until two years later when it was run on HBO. At the time, the studio thought the movie was too controversial and feared that it would spark violence, which apparently occurred with the film The Warriors (1979).

Tip and Tip’s mother are played by Eric Lalich and Irene Lalich, who are mother and son in real life.

Matt Dillon didn’t actually want or expect to be cast in the movie. He went to the audition just so he could skip school. 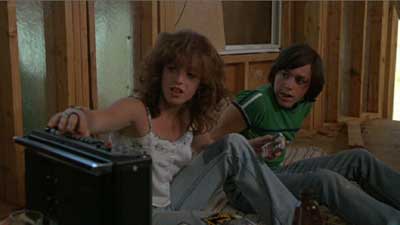 The original title of the movie was “On the Edge”.

Was one of the main inspirations for Nirvana’s ‘Smells Like Teen Spirit’ music video.

After the film’s successful run on HBO in 1981, it was selected for a special two-week engagement at Joseph Papp’s Public Theater in New York in December 1981. The response was so positive that the film was booked for regular engagements in several New York theaters the following February.

According to sources Kurt Cobain said that “(Over the Edge) pretty much defined my whole personality. It was really cool. Total anarchy.”

This film was shot in 36 days.

Director Jonathan Kaplan wanted to use “Baba O’Riley” by The Who as the ending credits song, but ultimately couldn’t do so because the licensing rights to the song were too expensive.

Pamela Ludwig suggested to the filmmakers that they use songs by Cheap Trick on the soundtrack.