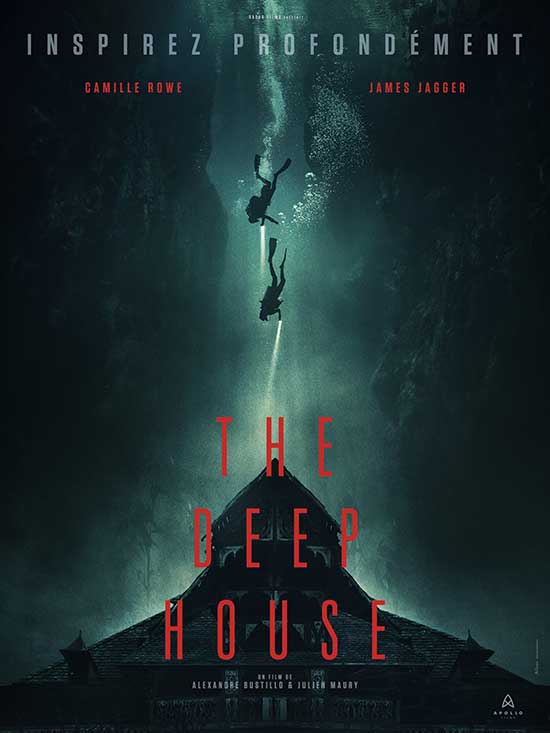 A young and modern couple who go to France to explore an underwater house and share their findings on social media undergoes a serious change of plans when the couple enter the interior of a strange house located at the bottom of the sea and their presence awakens a spirit dark that haunts the house.

The duo of writers and directors who brought us the vicious “Inside” from 2007, Alexandre Bustillo and Julien Maury, were back at Fantasia Festival for the North American premiere of their (mostly) found footage film entitled “The Deep House”.

A couple (Camille Rowe and James Jagger) roam around France, attempting to explore the abandoned and unexplorable. They get a tip from a local who, for a small fee, is willing to take them to a hidden lake that apparently hides a house underwater before the area was completely flooded. The man and woman gleefully accept and, along with their underwater drone, Tom, dive into the murky lake’s water to discover the forgotten home. Once they enter it, however, they are about to find out that something cursed has been waiting, lurking underwater all this time… 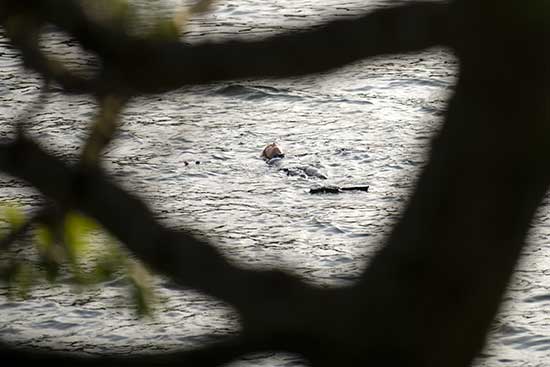 Fans of found footage films were evidently excited to discover this very interesting concept. Fans of the Bustillo/Maury duo were most likely excited to see a new horrific project emerge on their end, as well. Unfortunately, the film has its ups and downs, with some disappointing downs, at that. Let’s begin by underlining the fact that the concept is a very original one. An underwater haunted house? Yes, please. The visuals of the first half of the film are definitely interesting and underwater movies always plunge its viewers into the bottom of the ocean or the sea, so it was interesting to be submerged in the dark waters of a lake. There are numerous aspects of the film that will weight down on viewers, depending on their phobias. At times, the suffocating feeling of lacking oxygen takes over. Claustrophobia also hits in some tightly narrowed-down areas, and of course, spirits chasing you while you try to swim away must be quite the scare.

Camille Rowe and James Jagger definitely bring credibility to the table in their portrayals of their characters. While Jagger’s character is more of the adventurous type, although mainly focusing on gaining more viewers on YouTube from his videos and making some money from it, his girlfriend is much more cautious in her exploring ways, reticent even to disappoint him in the amount of time she can hold her breath under water. 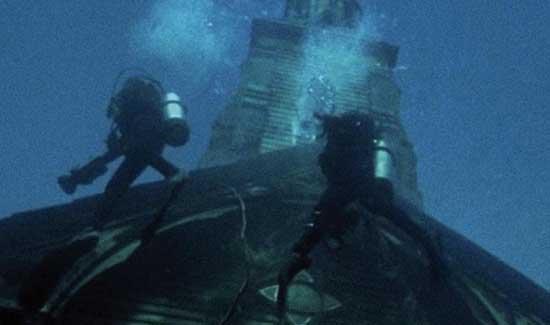 Although “The Deep House” has its creepy moments, the second half of its tale is where its appeal begins to crumble. Characters begin to make questionable decisions in addition to having doubtful reactions to situations that are clearly out-of-the-ordinary and downright ominous. Fans of found footage enjoy its subgenre for the fact that the audience is placed directly into the film as an involved participant, feeling the fear as it startles them, head on. However, the camera and directorial skills must be on point for this to be appreciated. Sadly enough, the shakiness and darkness of the latter half of the movie ruin most of its enjoyment. Viewers will surely roll their eyes at the numerous moments when the screen goes dark or is shaking so vigorously that nothing is quite perceivable onscreen. 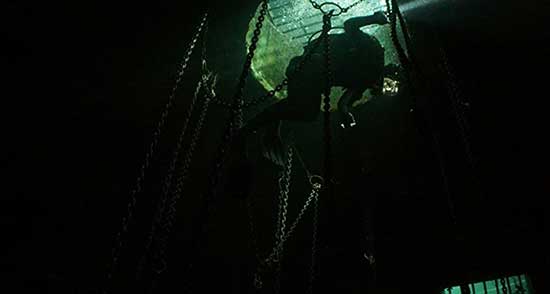 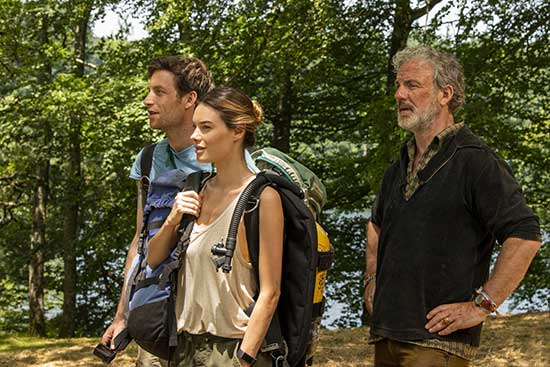 The entire film isn’t a complete waste of time, however. As mentioned above, it’s got a truly intriguing concept, sure to reel in some viewers. The acting is genuine, the visuals, for the most part (when the audience can actually see something), are strikingly beautiful, and the eventual development of the backstory of the house is definitely something to be savored. The second half of the Bustillo/Maury movie is what will most likely be a disappointing letdown after such a promising first half. The (mostly) found footage film from the French writer/director duo does just enough to barely reach a passing grade of 6/10.