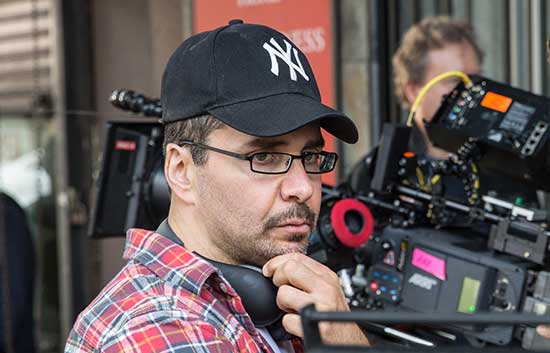 “I thought I was done with the franchise but because of everything that keeps happened over the last year, I woke up with the idea for The Purge 6, which I just finished writing.” James DeMonaco finished writing THE PURGE 6.

Hi James, how are you?

James- Hey Janel, I’m good. How are you doing?

I’m good. Thank you. The Forever Purge was great but a tad too realistic.

James- Thank you. Yes, I know, we got a little too real in this one.

It was unbelievable. I loved the director. I love the writing you do and I love the film, Staten Island and Jack. So many great films.

I have to ask about the Purge movies and how this entire idea manifested for you? The Forever Purge was good but terrifying… in a good way.

James- Thank you. Each one is built from something that’s happening in the world. I guess in the current political climate has been so tumultuous with so much discord in society that it fueled The Purge franchise in a way that’s almost sad. I’d rather we lived in some ideal, beautiful utopian society where there was no fuel for a purge or the purge seems so unrealistic. What’s crazy is how many people ask me, “do you think this could happen? I feel like this could happen?” I’m like, oh my God, we live in a world where people think The Purge could actually happen. That’s how crazy the political climate has gotten in the world, and in society.

The seed of The Forever Purge was built during the border crisis, I can’t help it, it just seeps into the writing. At first, I wanted to tell a love story about a Mexican couple coming to America and seeking the American dream and finding out that the American dream might not be alive anymore, it might be dying. It was built from what was happening at the border. The first Purge was built from my thoughts about the lack of what I feel about gun control laws in America. I was living abroad at the time. I was living in Paris. I saw how different the Parisians and Europeans relationship with guns were, compared to the Americans I know. That was built from that, and each one has taken from something that is happening in society. It’s almost unfortunate in a way that our society keeps fueling The Purge ideas. I thought I was done with the franchise but because of everything that keeps happened over the last year, I woke up with the idea for The Purge 6, which I just finished writing. 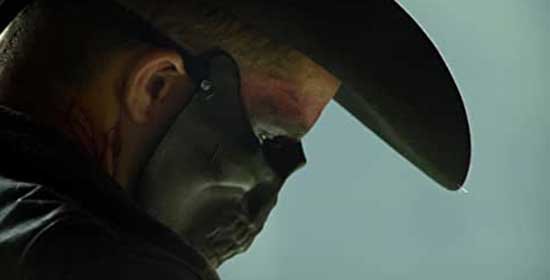 Is there anything you can say so far about The Purge part six?

James- I think I can say a tiny bit. The fun part of it is the return of the Leo character, Frank Grillo’s character which I know fans will like. It takes place about ten years after The Forever Purge, and the America that we enter into has completely changed. The way that society is broken down, and it’s based on the discord that I see in society right now. That’s really all I can say. We are entering into a very different America. Sadly, it all keeps coming from the headlines.

It is crazy and you sort of go, oh my gosh, could this happen? It’s scary when you watch a movie and it resonates too much with what’s happening in the world and in society.

James- Yes, the strangest thing we got when we previewed the film. We previewed in March or April and some of the audience members thought we were inspired by the events at the Capitol, and we said, no we shot the movie a year before that. So, sadly the modern politics are reflected in the movie even without us knowing it. Almost like you said, this is a little too real in a way, compared to the previous ones.

I don’t want to go too off course but I do want to ask you about This is The Night because you always capture New York beautifully.

James- I’m a New Yorker at heart so thank you. That means so much. The new one is a very New York film. It’s about my love of movies, that’s really what it is. It’s a very good feel film, I don’t want to say it’s the opposite of The Purge because I hope there is hope in The Purge, a little at the end of the movies. This one is a hopeful, nostalgic film about my love of cinema, and the communal theatre-going experience which I’m so afraid is going to go away because theatres are facing so many financial problems. It’s about that time when movies were these big events in my life, they still are but they were something years ago in my youth where we would wait three or four hours for tickets.

The movies built around the opening of Rocky III in Staten Island, New York which is very Italian-American where I grew up, and how the whole community anticipates this opening, and how the movie itself inspires the community, and specifically one family, the Frank Grillo and Naomi Watts family and their two sons to kind of fight they’re fears on this evening. It’s about the power of cinema and Bobby Cannavale plays a Mobster in the movie, he’s wonderful. It’s got that good New York feel, and I would say it’s the opposite of The Purge. The Purge inspires people to do horrible things and This Is the Night is about people being inspired to do wonderful things. Thank you so much for talking about it, Janel. It’s a personal movie but I think we need it right now.

I will say there is a lot of positive that comes from The Forever Purge and The Purge franchise in general with the horror fans. Especially with Halloween and people wearing the masks and dressing as the characters.

James- Oh God, I know, I see it on Halloween when my daughter goes out, I take her around and I see kids with the masks on, and I’ve seen people dressed as the Freak Bride from Anarchy. That’s the fun part, I agree.

How does it make you feel that people still love these characters, and this franchise is still going? We have conversations about Frank’s character, is he coming back? What’s next you know?

James- Janel, it still feels so bizarre because when I wrote the first one, my producer and I, Sebastian at the time, we really thought it would be this tiny indie movie that maybe it would play at a couple theatres in New York. We were told by many people that it was so Anti-American in sentiment, and Jason Blum saw the potential for it, way beyond what I saw. To this day whenever I see it entered into the zeitgeist, you know at certain baseball games, they play The Purge sirens when someone strikes out. I’m like, oh this is nuts, they are playing the sirens at a baseball game. Its still great, I’m still humbled by the whole thing.

Some times that is my alarm clock too. The Purge sirens! 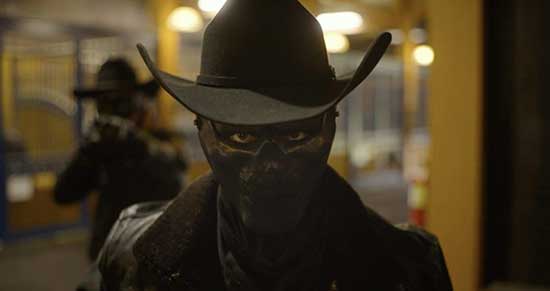 Yes, we’re in The Purge.

What do you want to say to everyone that will be watching The Forever Purge, and all of The Purge films? What do you want people to know from your perspective? I will also say that there is hope in these movies. I think you do show that people have a choice. You have shown that and you given us some great characters. I loved Ana’s character Adela and Tenoch who plays Juan. They don’t quit or give up. They keep fighting.

James- Thank you. I just want to thank everybody for going on the ride. You never know if people are going to take the journey, and see what I see in the films. Ultimately what the films are about is not the dark side of humanity, it’s about bringing good people together to fight back against the dark side. Hopefully that’s what people see. I think the fans do see that, they see that this is about hope, and people coming together. I hope that’s what resonates.

James- I just finished writing Purge 6, and then I have this paranoid-thriller with my friend Pete Davidson, it’s a very serious role. It’s a horror film. We are trying to get that on its feet right now, and then hopefully The Purge 6, if they want to do that, it’s written. Those are the two next things we’re looking at.

What advice or words of wisdom do you have?

James- So many people told me not to go in, and I had no connections to anyone in Hollywood or anyone in the movie business. It’s so cliché but keep doing it. I will say this, you have to work, this is the biggest thing I tell people keep writing, if you are a writer, write scripts even if they’re bad, write them and get them out of your system, and with each one you will get better. I know so many people who talk about writing, writers don’t talk, they sit down at a computer or type writer, and start typing. Keep writing. I wrote at least twenty scripts before I sold any. You’ve got to write a lot of bad ones to get to a good one I always say.

Thank you so much, James. It was an honor to talk to you. I love your writing.

James- Thank you so much.

The Forever Purge is available on Digital now and will be on 4K, Blu-ray and DVD September 28th.