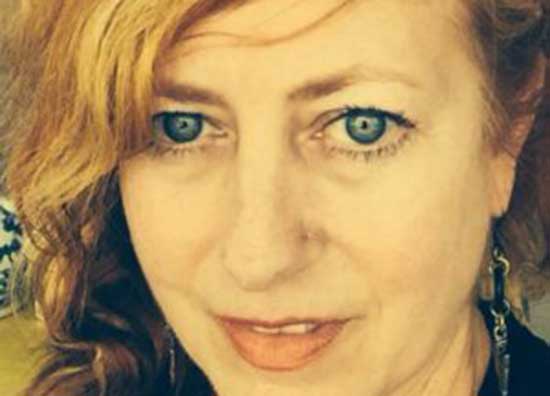 Leah Butler is an incredible costume designer. Leah has worked on everything from Shazam, Annabelle Comes Home, Conjuring: The Devil Made Me Do It, and more. Leah spoke with me for Horrornews.net about working on The Forever Purge. Leah also shared what it was like getting the legendary Mr. Will Patton ready and dressed to play his character, Caleb Tucker.

Hi Leah, it’s so great to talk to you. Oh, my gosh, I loved the movie. I loved so many of the looks. One that stuck out was Kirk’s (Will Brittain) look and some of the masks. I can see a lot of people dressing as these characters for Halloween. How does the process work for you?

Leah- I will say it was an amazing collaboration. It was so many people in my department. So many different things come into play. Since you bought up Kirk, I will say that so many actors come into they’re characters when they’re in the fitting. The clothing has to become a part of who they are. We had a few different jackets with the darker look that Kirk goes into. We had this great fitting with him, so amazing. We got his regular work look and when it came to really trying to find a jacket that made him feel like the character. We went and tried on a few different things and we found the jacket. It’s always a collaboration.

It felt an amazing apocalyptic Western film with the clothing. What inspired you for some of the looks?

Leah- I did so much research for the cattleman and the ranch hands. We wanted the looks to be an extension of what they actually would be wearing. We didn’t want it to be a big departure but we wanted it to be something that when you look at it, it’s scary. There was a variety of jackets, masks, and dusters. It added to the whole look and feel of it.

What was it like for you preparing for a film like this with the director and the cast?

Leah- Oh, there is a lot of research involved. I spent a lot of time with the director and he is so inspired by the importance of masks in the Mexican culture. Everardo Gout is Mexican and he exposed me to so many amazing books and ways that things can be portrayed. The western feel was so important too. Even the characters Juan and Dylan, those two characters needed to feel authentic in who they are. I want to say one more thing about those guys. Will Patton who plays the father. 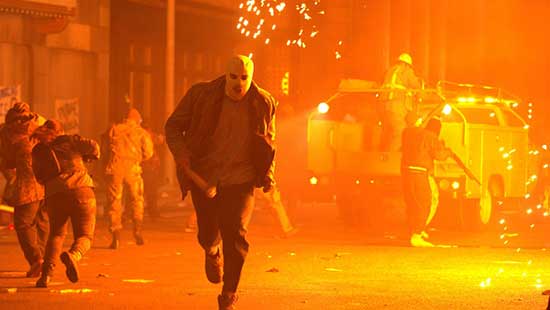 Oh, I love Will Patton.

Leah – Ohhh, me too. He’s a great actor. So many of these people that flew in for the fittings. Will and I had several phone conversations about his character because he wanted his character to feel authentic. He didn’t want him to just be like this wealthy guy so he came up with his backstory that he worked for everything that he had. We came up with a great look for him. It was really fun.

What advice would you offer to people who want to work in this field?

Leah- I think it’s listening, watching, and looking. We don’t know everything when we go into a project. Do the research and figure out what is important to the script, and the story. I think that’s truly one of the best tidbits I can offer.

Leah- I worked on a comedy movie and as you know I work on a lot of horror. Who knows what’s next? 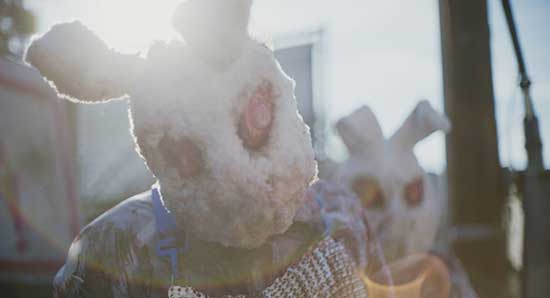 Yes. What do you want to say to everyone that will be watching The Forever Purge?

Leah- I think the comradery is important. I know onscreen it’s a little different. There was a great comradery with the whole cast when we we’re shooting. The actor Alejandro Edda who plays T.T. There were times when I would see him near his trailer, and he would be playing this great music, and dancing. The other cast members would come over and join him. I would always look over and smile. It was so fun to watch. I wish everybody could see those moments.

I loved the film and I love your work. Thank you so much. It was an honor to talk to you. You take everything to another level.

Leah- Thank you. That’s so nice of you to say.