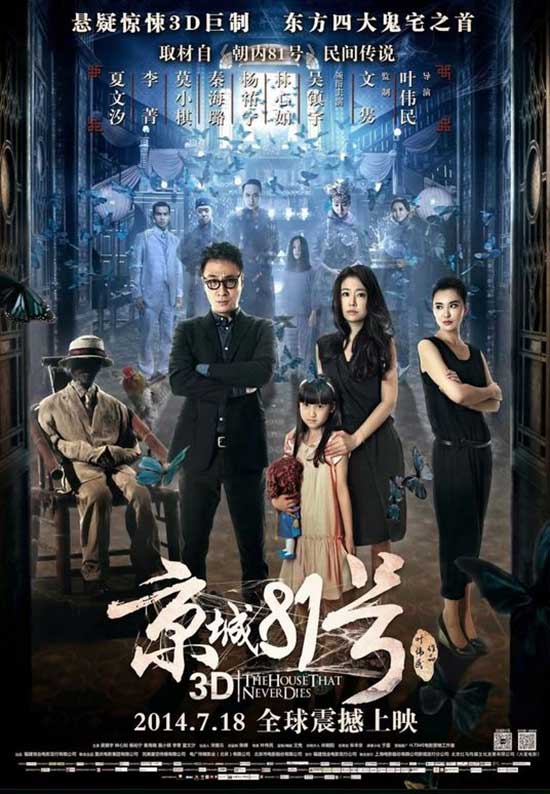 Story based on the legendary mansion at No. 81 on Chaoyangmennei Street in Beijing, which local legend says is haunted by the ghost of a Kuomintang official’s wife, who committed suicide in the home around the time of the Cultural Revolution. The film follows Xu Ruoqing a woman whose presence in the notorious mansion draws up the spirits that have taken residence there

2014 ghost drama The House That Never Dies by Wai-Man Yip offers mushy romance, gothic atmosphere and sinister mystery. It is not the most perfect ghostly thriller out there, but still a fairly good way to spend an hour and a half.

Ruoqing (Ruby Lin) is a young mother making a move from her native Taiwan to mainland China to be with the man he loves. Together with Ruoqing’s daughter Meng the two lovers settle in Ruoqing’s ancestral home; a great, old, Western style building that simply exudes ghostly ambience. While looking around her new home Ruoqing finds a sealed box of letters written by one the house’s previous occupants, revealing great romance and dark family secrets. Past, present, reality and delusion all mix together as Ruoqing delves deeper into her family’s history and sets to find out who haunts the halls of No. 81 Chaoyangmennei Street.

While not based on a true story, The House That Never Dies is indeed based on a real building. Chaonei No. 81 is a French Baroque architectural style building located in Dongcheng District of Beijing, rumoured to be haunted by a female spirit. Most stories say that she is the wife or a mistress of Kuomintang officer who fled to Taiwan in 1949, leaving her behind. Heartbroken and lonely, she committed suicide by hanging herself in the house and now haunts everyone who dares to live there.

While there are many stories of ghostly sightings, including a claim that Red Guards that moved into the building during the Cultural Revolution fled the scene after just a few day due to being so scared, the claim that Kuomintang officer owned the house has been widely disputed. There is no record of such person ever owning or renting the building, leaving the origins of the ghostly female shrouded in mystery. This has not stopped the house from becoming one the best-known haunted spots in Beijing and it has become a popular destination for urban explorers or ghost hunters alike, the release of The House That Never Dies just furthering its fame and therefore people’s interest in it.

The film itself takes place in two different timelines: in modern day and in the 1930’s. The stories are told parallel to each other, with some of the cast playing double roles. The sinister family secrets and nasty schemes start to bleed into the modern day setting as Ruoqing gets haunted by her ancestors. Just which ones is the question. Or is it possible that there are no ghost and all all the bizarre happenings are simply a complex hoax orchestrated by someone who wants Ruoqing and Meng out of the picture? The story will keep you questioning till the end.

As a horror film The House That Never Dies is not terribly successful. So much so that I personally would not even classify it as horror. There are ghosts, but none of them are particularly scary and any attempts at jump scares fail to impress. However, as a thriller/drama is it is not half bad. The story is interesting, and the parallel timelines work well together. While not marvellously original, the mystery elements of the story are still well enough crafted to keep the intrigue going. The real star of the show however is the stylised set designs. Dominated by dark, brooding colour palette and contrasted with vibrant, bright colours of the flashback scenes, as well as clinically white settings of the modern-day storyline, it is very pleasing to watch and suits the gothic atmosphere perfectly. Perhaps if the same level of detail would have been paid to the supernatural elements, The House That Never Dies could have been more successful at scaring its audiences. 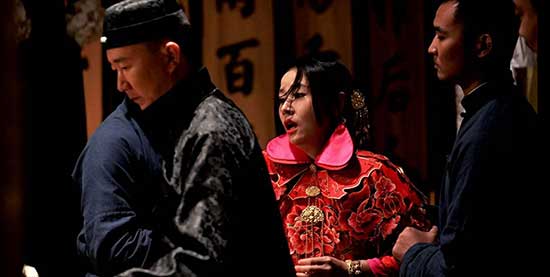