Home | News | They Take Us In The Night, The Alien Report, Hidden Cameras

They Take Us In The Night, The Alien Report, Hidden Cameras 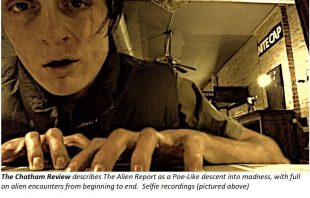 A desperate, troubled teen who’s endured alien encounters his entire life will tell you, “as long as I stay around people, as long as I don’t fall asleep alone at night, they can’t get me”.

But he’s wrong, they still get him, and the next scene he collapses in a t-shirt during a ten-below-zero blizzard, covered in blood, bleeding from his nose, from his mouth…from everywhere, the result of another unexplained alien encounter event. But the Alien Report is different from other UFO movies and documentaries, you see his encounters in great detail. The unnamed teen has hidden a tiny micro camera inside his Cochlear hearing implant (he’s deaf) and it records in high-def with color and sound, even while he’s sleeping.

There’s a reason they take us in the night, they don’t want to be discovered. We all assumed that if alien beings visited our planet, they’d want to make contact, after all, we are a welcoming planet, right? But, what if human kind is being used for a higher agenda, for an alien agenda? “Want to know more about the UFO phenomena, listen to alien abductees, that’s what we did, that’s what The Alien Report is based on”, says distribution partner Michael Sell at Earths Dreamland.

This summer, the United States Pentagon confirmed there are UFOs in our skies, but has offered no theories on what or from where these UFOs have originated. The Alien Report is based on what alien abductees have been describing for decades. It follows the life of a loner teen during a ten-month time frame. He’s a tech-wiz who’s rigged his entire home, body, baseball cap and bicycle with tiny, hidden cameras.

“He wants you to see what he’s been seeing his entire life, to see what he’s endured, rather than just describe it” says Michael Sell. “Be warned, this is not a Hollywood style movie, these are gritty selfie-style recordings and a totally different kind of UFO movie experience.”

A pre-theater limited release is available at EarthsDreamland.com on Vimeo this September and October until its wide release late this year and into 2022. 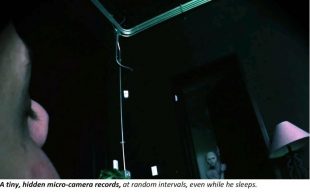