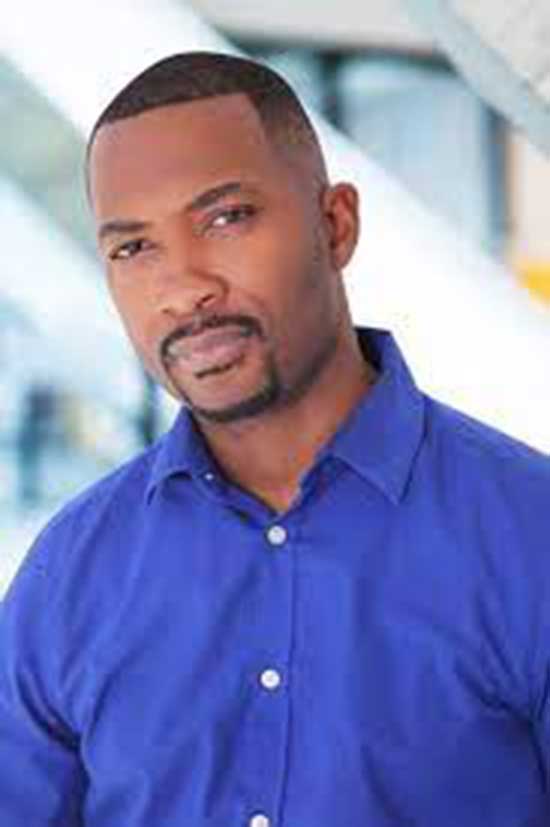 Hi Jason, you wrote, directed, and star in this movie. You’re wearing lots of hats for this movie. how did this idea manifest for you?

Jason- I’ve been a writer and director for quite some time. I started out doing the videos and I’ve always been a fan of the VHS Grindhouse films. I was kind of raised on those films and I was influenced by A Night of the Living Dead and Night of The Demons. As an African American filmmaker, it was always entertaining to watch those films but it was disheartening to see that there weren’t many people of color in the films. My approach was to write an homage to those films but make it diverse and over the top. That was my approach with the film. I wrote the film twelve years ago; I was straight out of college. I wanted to write something fun. I took about a month and watched all the horror movies I enjoyed, and I said, how could I make a better version of these. How would I make a version told from my perspective? I wanted to have the VHS Grindhouse moments. I’m also a huge fan of horror that has funny moments. I did a stage play in Chicago, and then we made it into a movie.

The movie did well. I was strongly considering doing another horror film. I revisited that film and, in the film, Half Moon which is a werewolf movie. (Jason Toler wrote Half Moon) What if Crack House of the Dead was in the same universe as Half Moon? I thought what if there is this universe where werewolves, zombies, vampires, and all these scary movie creatures live in that same universe? I wanted to connect it. If you’re watching Half Moon, the police officer is the same police officer in Crack House of the Dead.

We originally shot the film to be released in 3D. As we were editing it, I said, I don’t think it’s going to hit as hard in 3D. I think it’s more of a film you need to see in theater kind of film and also at home. I wanted to give it that home video aesthetic. When I was a kid, you would hear about a horror film and if you were lucky, you could rent it from your local video store but usually it would be passed down from a friend to a friend. How would this movie look if I went to my friend’s house and he loaned me the movie? I wanted it to have that distortion, and I knew that would be hard to explain to another director. My fear was that another director would take the script and change what I thought would be the best vision for Crack House of The Dead.

Do you think that the more you know the better off you are? I know it may be overwhelming but I think at least you can do everything if you need to? 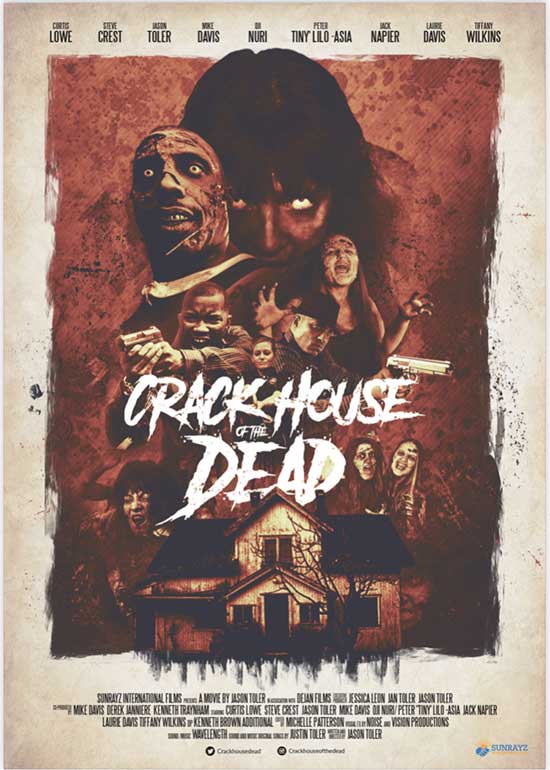 Jason- I wanted to do more practical effects and create an homage to the films I grew up with. If you watch the film, there isn’t a lot of CGI. There are some great aesthetic effects for the zombies, and the house. I was fortunate enough to find a house owned by a church, of all people in Pasadena. It was nice to shoot the film in L.A. and then be able to go home after shooting.

The house looks awesome. I’m always fascinated by locations because some times the house or location becomes a character within the film.

Jason- Oh, absolutely, finding the house was just as important as the casting. I wanted to find a house that a two-story, older Victorian house. It was hard to find a house like that in Los Angeles.

What was it like for you working with the cast and preparing the cast?

Jason- It was great. A lot of the cast we found from our general auditions. Curtis Lowe who plays The Crackhead, I’ve known Curtis for years. Steve Crest who plays Officer Brady, I had worked with him on Half Moon. Curtis was great and the cast was great.

Do you have any advice or words of wisdom that you can share for fellow writers, actors, directors?

Jason- I would say do the best you can with what you’ve got. Filmmaking is a collaborative effort so surround yourself with people who are supportive of your ideas and your journey.

When it comes to making a film, make what you can with what you’ve got. Make a movie by any means necessary and you’re going to make mistakes. Making a film is pretty easy, it’s the distribution and the sales that’s the hard part. You have to fight through the challenges. I do love filmmaking, I have a passion for it, but it’s also my business. I have my own production company and my own distribution company. We self-distributed, and we had a theatrical release in Detroit, we did five theaters there and had a good run. We are planning a VOD release. It took a lot of time to learn the process. The learning process and the experience has been good for me.

What’s next for you? Do you think there will be a sequel?

What do you want to say to everyone that will be watching Crack House of The Dead?

Jason- Go into it with no expectations. There are some fun moments, deep moments. It’s going to hit people different ways across the board. It’s made for people who want to have fun but if it makes you think about things, there are some heavy moments from time to time.

It was an honor to talk with you Jason. I thank you so much.

Jason- Thank you so much.