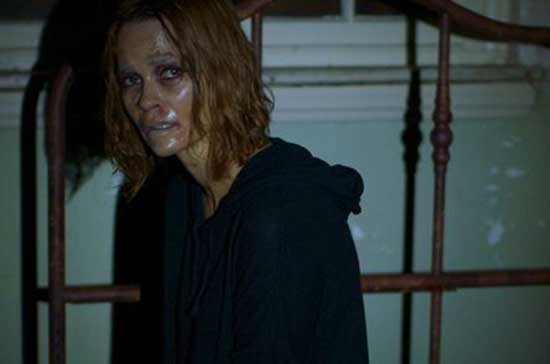 Carly Pope made her screen debut in I’ve Been Waiting for You. She has starred in everything from Elysium, Popular, The Collector, and more. Carly Pope took time to speak with Horrornews.net via zoom. She stars in Demonic directed and written by Neill Blomkamp.

Hi Carly, it’s so great to talk to you. I loved this movie. DEMONIC was awesome. How did you get involved with the film and why did you decide to take on the role of Carly in DEMONIC?

C.P.- Thank you so much for loving the film. That’s the reaction that we want. We want people to feel something and have it leave an impression. Taking on the role of Carly was a swift and easy yes. I love working with Neill Blomkamp. I’ve had the pleasure of working with him a number of times, I feel exceedingly lucky every time he wants to collaborate on something. In this case, this was my first-time doing horror. It was an intriguing thought for me. It was back home in British Columbia in an area of the province that I grew up in. It was during the pandemic where we thought all work was going to cease. It was truly the easiest yes to be a part of. 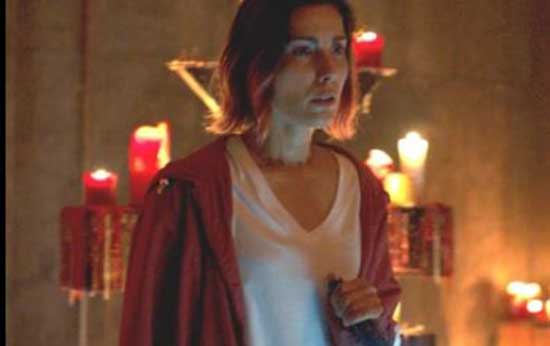 C.P.- Terry Chen and Kandyse McClure are friends of mine. I’ve known them for years and I know how talented they are, and how easy going they are. I knew that was going to be awesome. Michael Rogers and I had worked together on a film before on a short film with Neill before, called Adam the Prophet. So, I had familiarity with him too. I think his work is always engaging. He’s such a strong actor so I knew we would be in good hands. Neill had worked with Nathalie Boltt on District 9. There was synchronicity everywhere. The same with Chris William Martin, he had worked with Neill before. In terms of the whole cast, we all had awareness of one another and we were taken care of. I think when you have that level of comfort, you’re in a much better position to play and trust.

Did you have to do anything special to prepare for this character. I wanted to give your character a hug. There is a lot of trauma and horrible things your character goes through.

C.P.- Thank you, Janel. I love hugs, I’m a hugger too. I would graciously accept. I’m no stranger to the feelings of trauma and being traumatized. There was a well of that I could pull from but I was scared to approach, and I didn’t know what would happen if I went too deep. But going back to when you’re in a setting or an environment where you have faith and you have innate trust and security with the people that are around you, it’s not threatening to access that stuff. That’s what I found with this one, it wasn’t threatening at all to go into those dark places, it was kind of fun and healing in a weird way. There’s one scene in the movie that originally started the film. My character is working in a coffee shop and I’m a barista. We have an espresso machine at home so I had a fair understanding. This was like the Cadillac of all espresso machines at this coffee shop. So, I had to do an abrupt training with the lovely ladies who work in the coffee shop. That was the most that I had to do was learning how to make a coffee that looked drinkable. 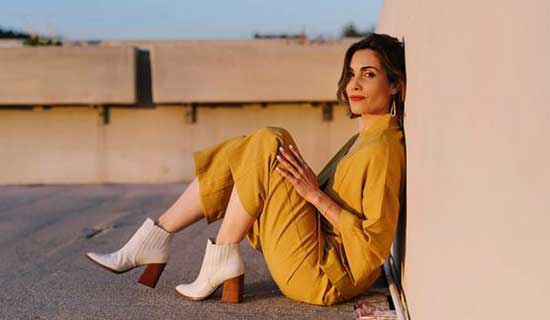 I love that. I love that you say healing and sort of cathartic in a way. Do you think you would do more horror in the future? Horror for me has been very cathartic.

C.P.- Oh, if I was given the chance to do more horror I would love to, and I would jump at it. I agree with you, when you go through an emotional journey as an audience member or when you’re making the film, it’s still about getting to the other side of that. I love feelings and I love working through them. I think it’s so important to allow ourselves to feel. When I was younger, I ran away from that a lot, and as I wisened up, I learned that being vulnerable was the most healing thing I could do.

Indeed. What are you working on next?

C.P.- I just finished a part in a film called Easter Sunday that stars Jo Koy. Everybody in that was hilarious, I was surrounded by comedy giants. That was fun going from one swing to another. I went from horror to comedy and that was a big change. Easter Sunday will be coming out in the spring. I’m not allowed to talk about the other projects but its all very exciting.

What was it like working with Neill? Did the two of you have to do anything to prepare?

C.P.- Every time I work with Neill, I count my lucky stars, and truly I appreciate him as a filmmaker. I enjoy his process and he’s so easygoing. I was excited to work with him in long form. In terms of prep, it was getting back into the tone of horror films. I didn’t want to over prepare anything. The beauty of the role of Carly is that everything is happening to her in real time, so it was important for me to stay present. 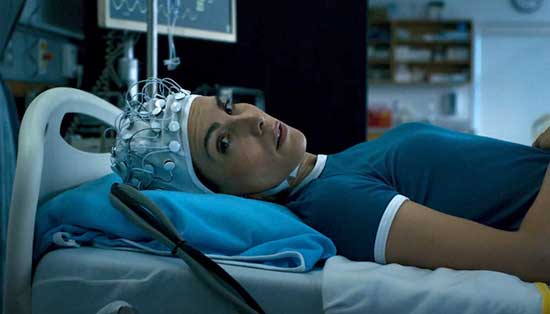 C.P.- Neill’s made many films that have a social commentary attached. This is not that, this is a linear film. I hope that people can watch it and receive it. This is something new from Neill. I hope people are as excited to see it as we were excited to make it. I think Neill did a good job. 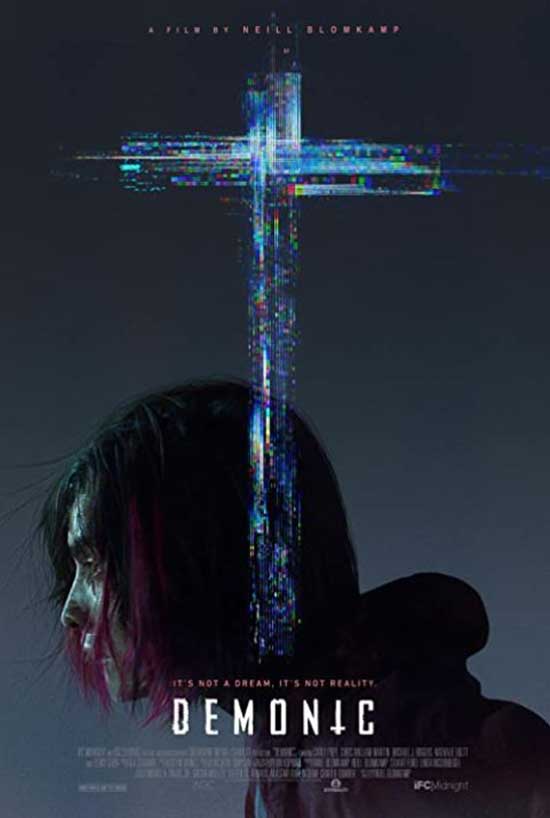 I loved the movie.

For the sleep scenes, did you have to do any kind of research or anything to understand what was happening? It’s trippy that you are in like an alternate reality?

C.P.- The only thing that I could do to prepare was watch short videos on YouTube. I had to look at a company that does ball cap. I had to watch the tutorial videos so I could understand what to expect. It was so unusual.

I thank you so much for talking to me today, Carly. This movie was beautiful. You did an awesome job.

C.P.- Janel, thank you. It’s a beautiful testimony to the film.