Interview with Tara Violet Niami (Eye Without a Face) 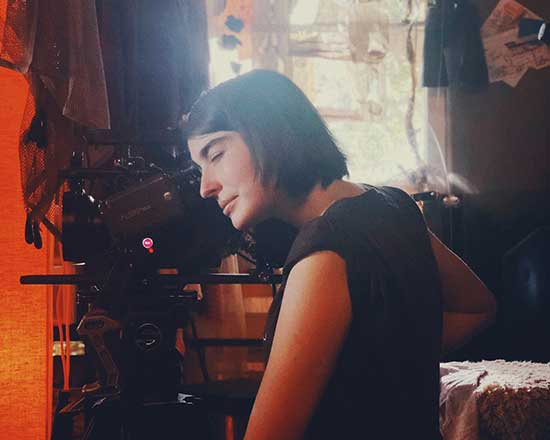 Tara Violet Niami was born in New York City to Ramin Niami (Manhattan by Numbers, Somewhere in the City) and Karen Robson (Picnic at Hanging Rock).

She moved to Los Angeles, CA when she was in elementary school. In high school, she became passionate about photography and filmmaking.

Born in 1993 in New York, Tara Violet Niami is a photographer and cinematographer from LA. She seeks to perplex and unsettle viewers with her work creating visual poetry. Tara has an MFA from American Film Institute Conservatory and a BFA in photography at Pratt Institute in Brooklyn, New York.

Tara has directed and shot short films Mirrors and Ghosts, The Sin, Liquid Damage, Impaired, and The Center Cannot Hold, Trapped, and Destroy My Beautiful Wickedness. Most recently she was the cinematographer of EYE WITHOUT A FACE and the production still photographer on the Focus Features film MUSTANG and Amir Naderi’s film MAGIC LANTERN.

The music video she directed for “Worth the Wait” by The Life of Riley (for the release of the film Shirin in Love) premiered on the Huffington Post. She has photographed for Rookie Magazine, headed by Tavi Gevinson and Anaheed Alani. She has been a still photographer on feature films Babe’s and Ricky’s Inn and Shirin in Love as well as on Burn Brightly a short film directed by Lauren Ludwig as a part of American Film Institute’s Directing Women Workshop. Her work has been shown in group shows in London and Berlin been published in such publications as Elle France, Vanity Fair Spain, VICE, Le Monde, the book If You Leave covered by Dazed & Confused, and more.

Hi Tara, please tell us how you started in cinematography?

Tara- I grew up around film, my father Ramin Niami took me to film sets when I was younger, and I was aware of film, and I watched a lot of movies growing up. I started in still photography, and I did that in high school. I studied in college and I got my Bachelor’s of Fine Arts in Photography. I was taking courses in the film video department at the time. I was making my own short films, and I started to get in to shooting films. I decided to transition into cinematography.

Eye Without a Face is creepy. It kind of embodies the creepiness of stalking and being stuck. Technology is amazing and scary at the same time. What was it like for you working on the film, and did you have to do anything special to prepare?

Tara- Even though we didn’t film during the pandemic, it’s become more relevant. I did a lot of research cinematography-wise on how to recreate webcam imagery, and the perspective of the camera. I watched a lot of films with people looking at screens, for example, The Girl With The Dragon Tattoo, this film Lion that was shot by a friend and mentor of mine, Greig Fraser who gave some helpful advice. 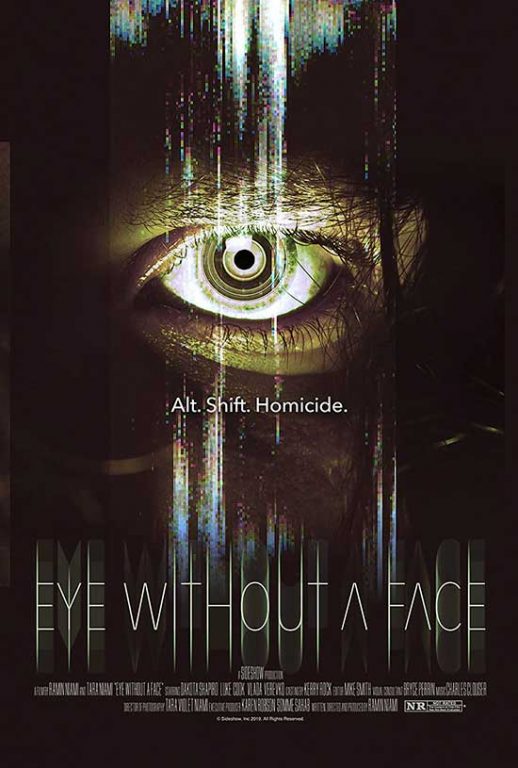 Tara- I think Dakota Shapiro is a star on the rise. He’s an amazing actor, he had to carry this movie. It’s psychological and all about facial expressions. I was amazed by his performance. It made it easy for me to film the movie. Luke Cook was fantastic. Luke brought some humor to the movie. I think the reason that it was so great working with them was that they had such great chemistry off screen and on screen. They were both very collaborative. Vlada Verevko was fantastic, she had such great energy. 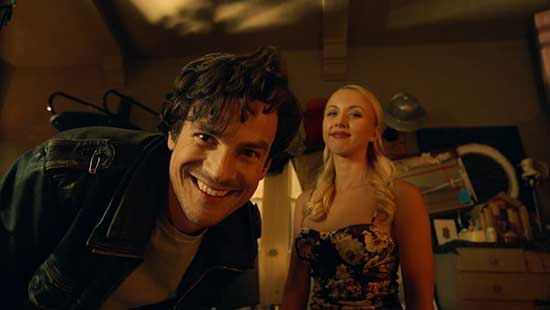 What was it like for you working with the director/writer, Ramin Niami?

Tara- This is the first time I’ve shot a film with Ramin, who also happens to be my father. I worked with him before over the years on various projects. I feel very lucky to be able to work with him. He’s very collaborative. Ramin had a very strong vision but he was open to my ideas. It was great working with someone who’s work I respect. It was a very comfortable space to work in.

Tara- I have a few projects in the mix. I have a project with Ramin and several talented female filmmakers. I have a number of projects and I’m doing my own photography.

What do you want to say to everyone that will be watching Eye Without A Face? What would you like people to know from your perspective?

Tara- I hope it makes people afraid of their computer and their webcams. I learned how easy it is to get your webcam hacked, which is scary. I learned that during my research for this movie. I hope people are excited for the movie and these talented actors. Keep an eye out for Dakota Shapiro, who is a fantastic actor. I hope people enjoy it, and I hope it makes them scared of technology. 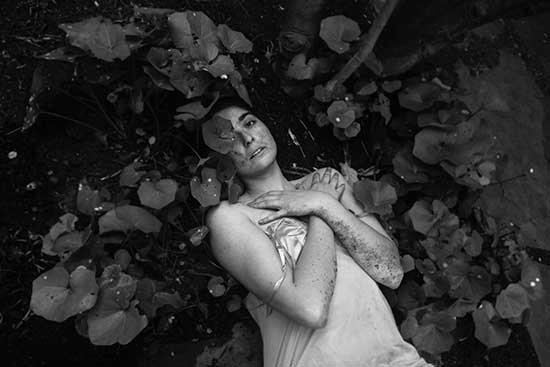 I think you guys did that. It certainly is creepy. It makes you think and ask questions.

Tara- I think outside of the idea of someone watching and that is creepy. I grew up with social media, and using it at a young age, we’re in a time where we are projecting a lot of what we think people are like based on what they post on social media. Henry’s character thinks he’s knows the people he’s watching based on what he sees. I think about what I think about how I may be projecting. It’s very easy in this time to make assumptions or feel close to people we don’t know personally.

I agree. That is also very scary because people will see something and think, oh, everything is great or everything is bad. It’s scary. You don’t know anyone based on just social media.

Tara- Exactly, that’s basically what the movie is about. I think its relevant to real life. It’s become more relevant with the pandemic and having to virtually connect.

Tara- Thank you so much. I appreciate it.