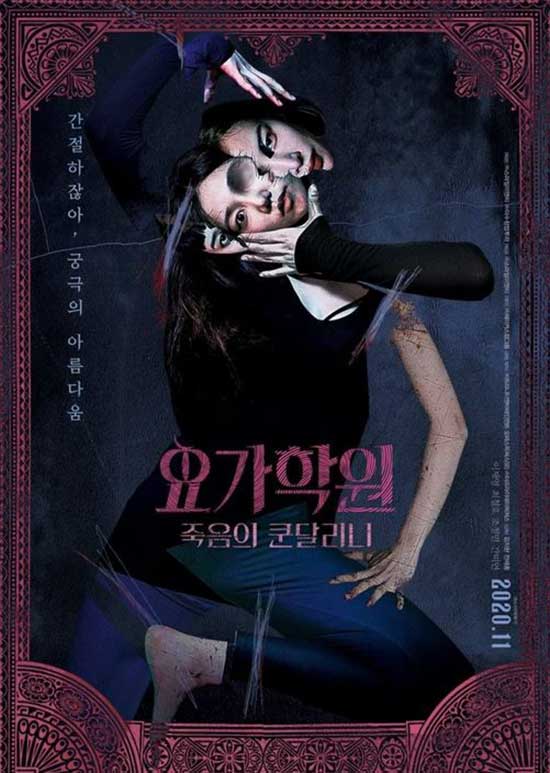 Yoga classes to rejuvenate, but at what cost?

Hyo-jung (Lee Chae-young) is young woman struggling with typical superficial insecurities that most women at least point in their life struggle with. Even though there is nothing wrong with her appearance, she jumps at a chance to participate in a mysterious yoga retreat that promises unbelievable rejuvenating results for all that finish the gruelling regime. She is joined by three other women, all equally insecure and equally keen to get the results they have bene promised. But not all is as it seems in this remote fitness camp, and in no time at all bizarre visions and other mysterious events starts to haunt the participants, with deadly results. 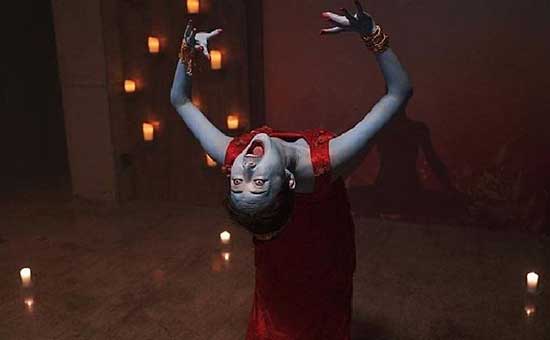 If you have seen the 2009 Korean horror Yoga Hakwon, you needn’t bother yourself with The Cursed Lesson. While Yoga Hakwon is not a perfect film either, it’s still a head and shoulders above The Cursed Lesson. The two films admittedly share a lot of similarities, including focusing on the concept of Kundalini (a concept stemming from Śhaiva Tantra with a focus in harnessing one’s inner divine feminine energy), evil forces preying on people’s insecurities and the mystery of what is real and what is not. Out of the two, Yoga Hakwon executes all these better, but the films are indeed so similar, that I had to look up whether The Cursed Lesson was a remake or some sort of sequel to Yoga Hakwon. As it happens, it is neither, but I would still dare to argue that it must have played some part in inspiring the script for this film. 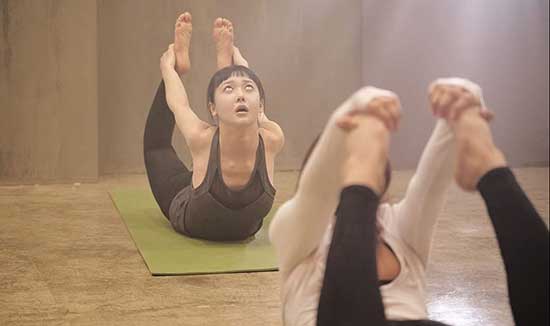 The Cursed Lesson starts in sufficiently interesting manner. The first few creepy scenes are nicely ambiguous and just cryptically hint toward something being ever so slightly off. There is an especially nice little sequence with one of the retreat’s staff members acting suspiciously and swallowing a whole quail’s egg in front of someone. It is just unnerving enough to suggest that something potentially supernatural is afoot but could also just be a sign of the character’s eccentric eating habits. Either way, it will certainly catch the viewer’s attention. Unfortunately, this is pretty much where the fun stops. While the strange events do escalate quite quickly, the film also starts to lose focus at equal speed. I appreciate that we as viewers are not supposed to really know what is real in this mess of a story and what is not until the very end, but there are better ways of going about that. Instead of real suspense or genuine intrigue, The Cursed Lesson mainly offers frustration and by the time the film finally gets to its final reveal, most viewers are very likely to be way beyond caring and only wish for this 93-minute snooze fest to end.

Special effects are not overly terrible, although the film could have definitely done without some of the more cheesy CGI transformation scenes, but they do not do much to save the story either. The scare scenes follow one another in a regimented manner and are almost carbon copies of each other. So much so, that after awhile you will likely just want to scream into a pillow out of frustration as the film has once again tried to dupe you into thinking that someone’s dream sequence is real (spoiler alert: none of them are!). It is so repetitive that it is almost incomprehensible that the film ever made it through it’s final edits in this form. Just simply terrible.

As you might have gathered, I was not a fan of The Cursed Lesson.  It provides no originality or surprises and is simply best used as a potential sleep medicine. Otherwise, I would advise to stay away from this one and find some other yoga related horror to watch.