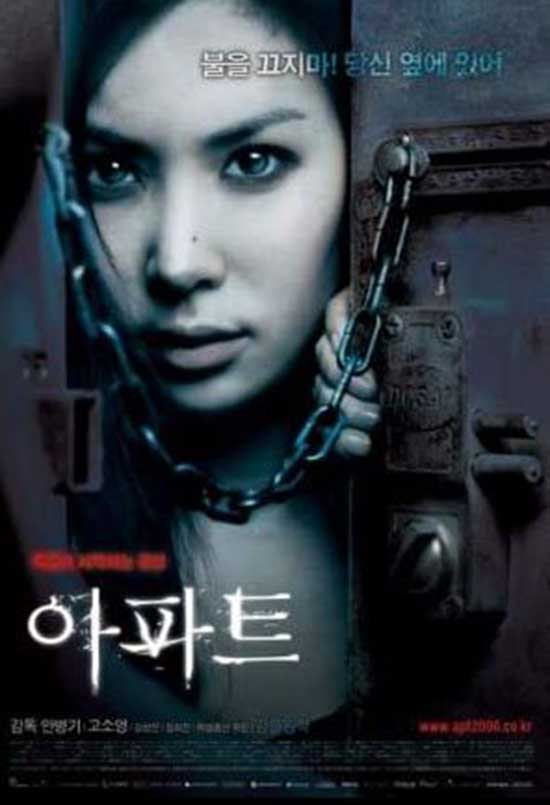 Se-jin, a young woman who lives in an old apartment in a Seoul suburb, amuses herself by observing the windows of the apartments on the other side. One day, she notices that the lights of some of these apartments are turned off at the very same time. She begins to suspect that this pattern is somehow related to a series of mysterious deaths in the neighborhood. She becomes more and more deeply involved as she attempts to solve the mystery.

Directed by Byeong-ki Ahn, the director of Phone and the Bunshinsaba trilogy, the 2006 thriller Apt. delivers familiar horrors with themes of bullying, trauma and loneliness. It moves in similar melancholy waters as Ahn’s other works but offers a semi original concept and a mystery that will keep you interested until the end. 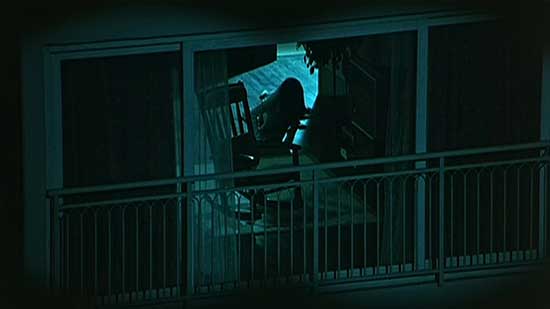 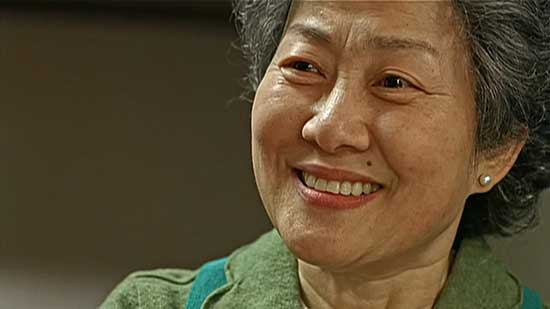 Sen-ji (So-Young Ko) is a busy professional with little time for a social life. She often amuses herself by spying on the neighbours living in the high-rise opposite to hers. When people in the building start dying in apparent yet unexplained suicides, Sen-ji can’t help to notice that these deaths seems to coincide with a bizarre power cut that happens in certain apartments every night at exactly 9.56.  Meanwhile she has befriended wheelchair bound Yu-yeon (Jang Hie-jin), who is cared for by her neighbours. While seemingly a nice gesture, Sen-ji soon comes to learn that the friendly neighbours might not be the good Samaritans they pretend to be and Yu-yeon is facing much bigger horrors than simply being stuck in a wheelchair. Who or what is behind all the deaths and is Jen-ji’s new friend somehow connected to them? Together with her neighbour Jung-hong (Ha-seon Park), Jen-ji is determined to get in the bottom of this mystery.

Apt. is a very typical film from Ahn. Those familiar with his other works will know that many of them deal with similar issues to that raised in Apt., always with a somewhat melancholy undertone running through them. Loneliness and abuse are once again in the centre of the mystery with equally lonely characters trying to get in the bottom of it. Jen-ji might be a high flying professional but has no partner or even any real friends. Likewise, Jung-hong may be still living with her parents, but as they too are busy with their work, she finds herself all alone more often than not. It’s not surprising that it is these two are the ones that feel connection to Yu-yeon and her lonesome existence. 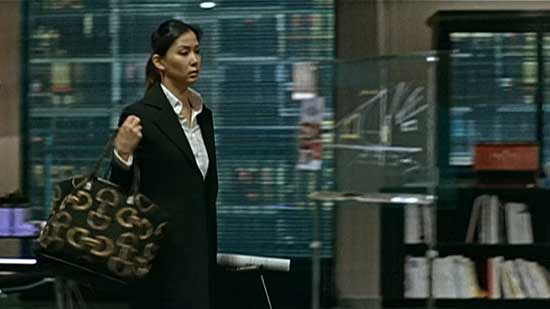 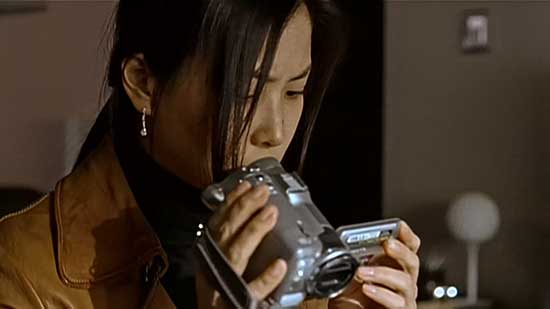 The mystery around Yu-yeon opens slowly with a few red herrings thrown into the mix, keeping the viewer guessing for a good while. Right at the point where you might start thinking that the whole thing is just one incoherent mess, the story pulls all the strings together and reveals it’s secrets. While it is nothing earth shatteringly surprising, it is still nicely dark and makes sticking with the film worthwhile. Scare scenes are nothing overly special but executed in a decent manner. The entity haunting these apartments is somewhat cliché but still suitably menacing and definitely not something anyone would want lurking around their building corridors. There are no great jump scares to speak of, but the atmosphere is solidly gloomy, which suits the story perfectly well. 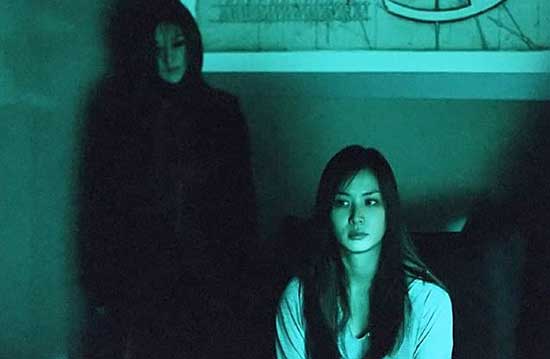 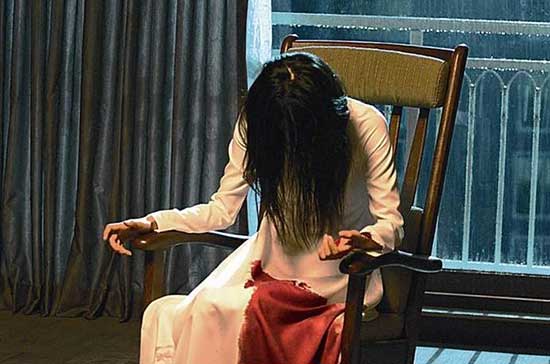 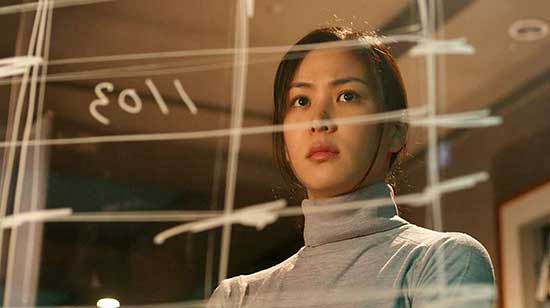 Acting is decent all around but sadly most of the characters are left underdeveloped. Not that a 90-minute ghost mystery has that much room for profound character studies, but little more background on the key players would have not hurt. As it stands, the only thing we really know about them is that they are all lonely in their own way. Sure, it fits with the theme of the film but does sadly leave Jen-ji, Jung-hong and Yu-Yeong just as one-dimensional paper dolls that are simply there to help the story to move along. 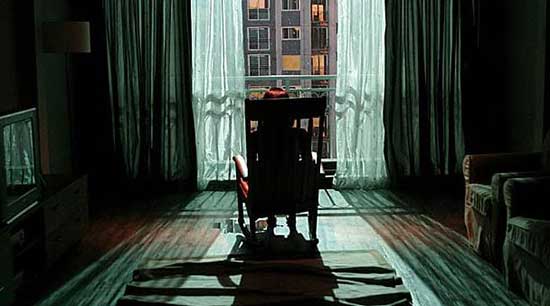 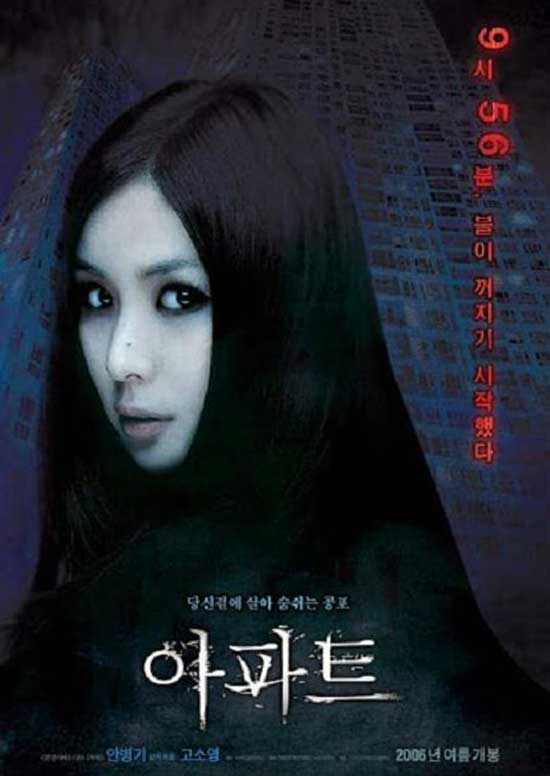 Apt. is nothing fresh or innovative in the world of South-Korean horror. It does very much follow along the same lines as any other Korean horror mystery; a ghostly mystery with a horrifically dark crime behind it. It is definitely something we have all seen a million times before. Still, I cannot completely condemn it. While predictable with its scares and perhaps somewhat even with the mystery, it still managed to keep me entertained for an hour and a half. If you are looking for something truly unique in the world of Korean horror, Apt. is definitely not it, but if you simply want a paint-by-numbers ghost mystery that requires no brain power what so ever, it is a worthwhile film to consider.