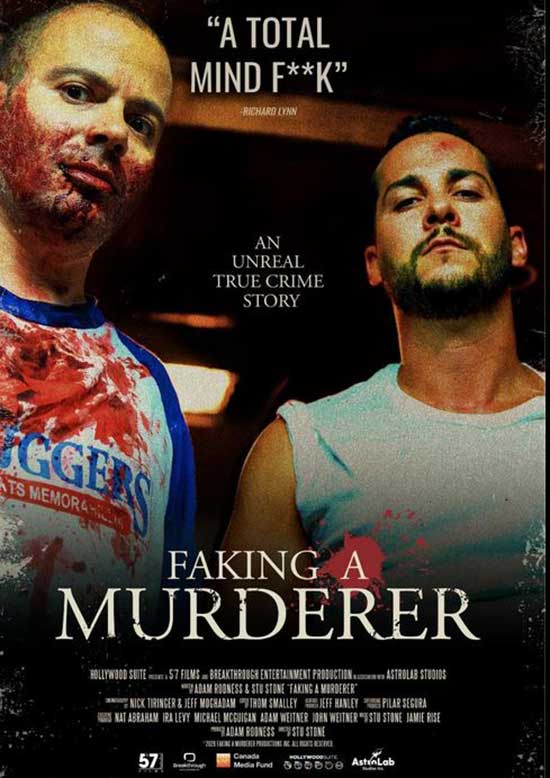 Faking a Murderer follows two filmmakers on their noble yet perhaps misguided quest to track down a seedy-looking stranger they’ve discovered online who — in a disturbing video — seemingly confesses to a murder. Or at least that’s what they think. Seeing the popularity of true crime shows, they decide to try and turn this discovery into their own killer hit. With the support (both moral and financial) of a distributor, Stuart Stone and Adam Rodness set off on their journey to try and track down this elusive creep. When they bring the video to law enforcement, they’re told — repeatedly — that it’s really not much to go on, and they’re putting a lot of time and energy into what essentially is a fool’s errand. Determined to make this work, they flex, stretch, and break their budget in pursuit of a hit new crime story, but are they in over their heads?

Stuart Stone directed Faking A Murderer, he also wrote it with Adam Rodness. The film stars Adam Rodness, Stuart Stone, Josh Cruddas, Bill MacDonald, and Tony Nappo. The film opens with Adam and Stu having a meeting about making this movie. This is great. They watch a lot of True crime and they feel that they could do this. They want to find Tony Nappo’s character and find out if he’s a murderer.

Faking A Murderer opens with Adam and Stu being interviewed. They are talking about David Stoner, he’s a killer… He’s also played by the legendary Tony Nappo… #Nappohlics where you at?! Stu and Adam are talking about what types of movies they make and Adam is Stu’s brother-in-law. They want to make a movie and its true crime related. So, they pitch it to their family. They are looking for reactions. So, Tony Nappo is incredible. He’s creepy, terrifying and why is this on “social media?” Adam and Stu want to go and find him. The family is not feeling any of this. They wound up pitching this idea. It’s crazy in a good way. Adam and Stu head over to Breakthrough Entertainment to pitch to the executives. Stu and Adam are hilarious. They want to work on this project, they want to find this guy. They need money. They have families.

Stu and Adam found the next big name in True Crime. Isn’t that scary in a way that serial killers have such a following. People don’t always admit to watching True Crime. I think maybe some people think it’s a taboo subject, some serial killers have cult like followings. Some serial killers like Ted Bundy had women that wanted to marry him in prison, also Richard “The Night Stalker” Ramirez. That’s really fucking scary when you think about it. Adam and Stu head over to a film festival to talk about their new project. Everyone is stoked and waiting to hear about this epic project. (I interviewed Tony Nappo, you can read the interview at Horrornews.net.) So, Adam and Stu need a doctor to okay them for insurance, and they go to a dentist. 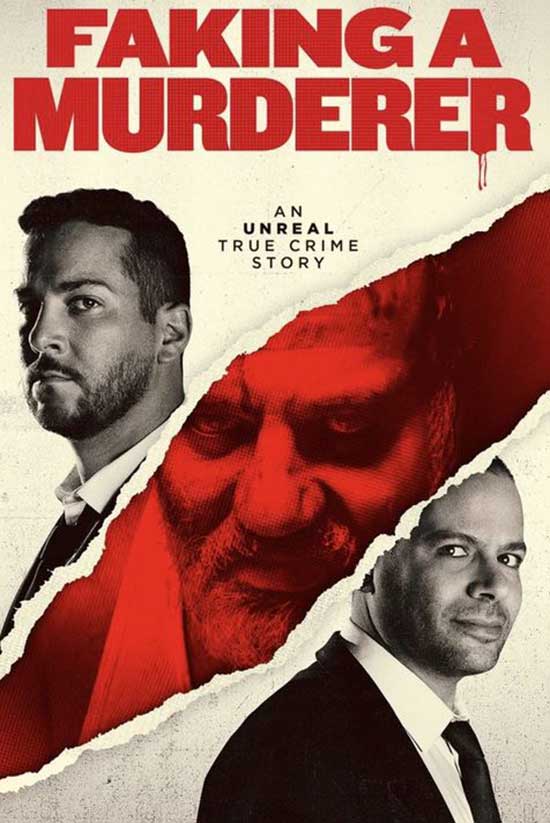 I’m in tears. I can’t take it. The dentist offers up some advice and he is talking about how they found evidence with Bundy by using the molds of his teeth. They decide to talk with the cops and go on a ride along. They are taking this to the next level. They are talking to everyone. Adam and Stu are going on the road. They are going to find David Stoner (Tony Nappo). 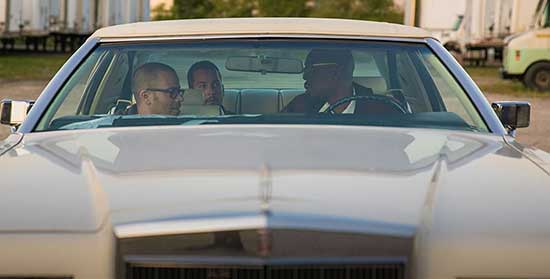 They have a few mishaps, there is a drone accident. Adam and Stu are on the move, they are talking to people and looking for David, more mishaps, there is a butt shown… You have to watch it to see who’s butt it is. It’s fascinating to watch this because it also shows what filmmakers are going through. They possibly find a lead from the convenient store gentleman. 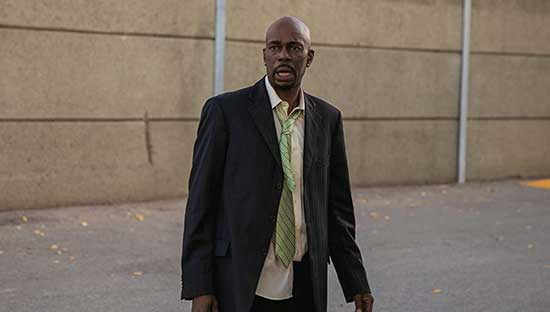 They are not conspicuous at all during their “stakeout” for the murderer. Well, the stakeout was a bust and now they get spotted. Well, they wanted to find him. They found him, and he wants them come in and talk. Tony Nappo is insanely brilliant and hilarious. He takes Stu and Adam out to where he was filming his “show”. Adam and Stu are getting the shit kicked out of them. Tony Nappo is menacing, slightly hilarious, disturbing in this role, and I love it. He’s doing a great job with this character. He’s doing everything from licking Stu’s face and spitting. It’s wild. Make sure to check out Faking A Murderer, and watch the credits. This was a fun movie. It had some brutal moments. It was funny and worth checking out.

Check out Faking A Murderer

MAKE SURE TO CHECK OUT, FAKING A MURDERER
@realtonynappo
www.imdb.com/name/nm0621176/
www.intermissionmagazine.ca/author/tony-nappo/