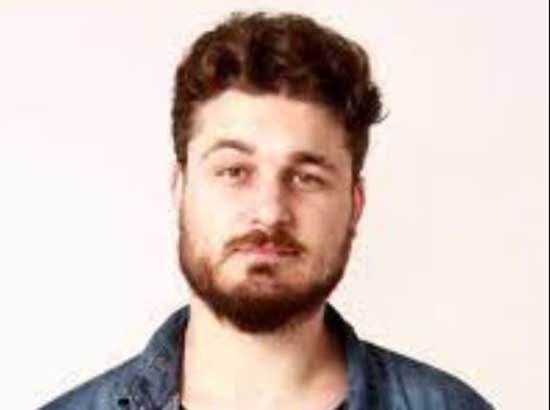 Director/Writer Maxi Contenti took time to talk with me for Horrornews.net.

SYNOPSIS: The audience attending the last showing of a horror film in a small downtown cinema are terrorized by a murderer who begins to pick them off, one by one. The only person to notice that something strange is going on is the projectionist’s daughter.

Hi Maxi, how are you? I loved The Last Matinee. I loved that you created a story like this. You associate going to the movies with friends/family and have fun, watch a great film. That didn’t happen in The Last Matinee. How did this idea manifest for you?

What was it like for you working with everyone, and how did you prepare?

M.C.- It was a big process. Producing independent films in Uruguay, it takes a long time and it can be draining. This project came from me trying other projects. It took time to produce and I picked the cast through colleagues and people I knew. Luciana Grasso (Ana), the protagonist daughter, I knew her from an Argentinian horror film. I did a casting later on for the youngsters, the younger cast members. 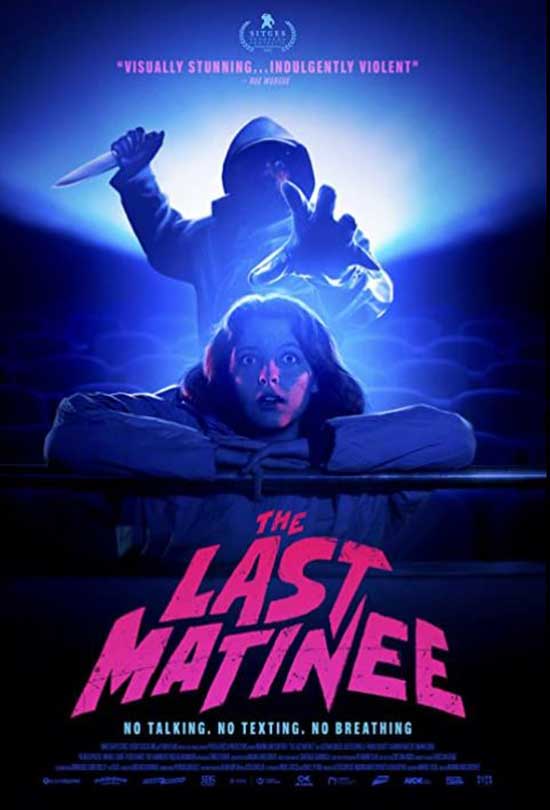 I think when you go to the movies, you have to sit where you can see around you. I like to be able to see the EXIT. At least for me, that’s what I think. Did you ever have any strange movie theater moments or what was it like shooting in the theater?

M.C.- That’s a good question. That particular theater, and the theater we shot the movie in is really dark, they are not like the theaters now. It’s a thousand seat theater, once we were shooting it kind of plausible. It’s a fantastic theater and it’s plausible it could happen because you look around and you can’t see anything. One of my first experiences in a movie theater was going to the same theater that we shot to watch The Teenage Mutant Ninja Turtles. It was dark and I was scared. I remember I changed seats because I was scared of where I was. I think I put some of that in the kid in the movie.

I don’t want to say that the older theaters are creepy but they have a mystique to them. The newer theaters are lit up before you go in and when you leave.

M.C.- They were darker and mysterious. It was all about going in a dark room with a bunch of strangers. Now, it’s going inside a mall and to multiplexes. They are not the same, and we are saying goodbye to the older theaters.

Is the theater where you filmed the movie still open?

M.C.- No, that theater was used by Uruguayan Cinemateca which is where you can rent theaters, and it was rented by a supermarket. We used two theaters for the film. The marquee and the ticket booth, that’s another location which is called Opera Theatre. It’s the last old school, gallery theatre that holds up. It’s slightly modernized inside. It’s still there and it’s the last one. 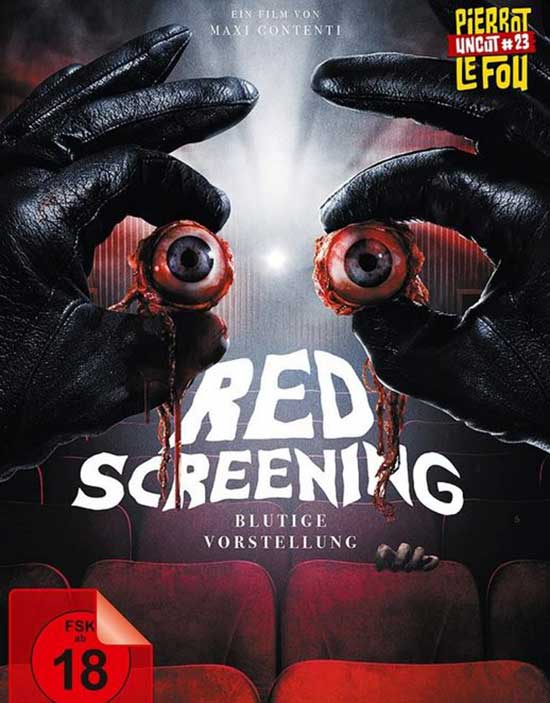 M.C.- I am working on a few things. Right now, I finished the editing on a documentary. I like all kinds of movies so I have projects that are not genre films. I am finishing a music documentary about the oldest jazz club of Latin America, it’s seventy years old, and its from Uruguay. It’s sort of old guys talking about jazz and jazz history. My father is in it. My father is a trumpet player and he played in the club. Then I have a drama/comedy based on real events. I’m also working on other horror films.

Is your father still a trumpet player?

M.C.- He still is, he was also a dentist. He played in that club for twenty-plus years. It’s something because all of the stars of jazz, once they went to Uruguay to play, they would go to this club for the afterparty. It’s an interesting story.

What do you want to say to everyone that will be watching The Last Matinee?

M.C.- It’s a movie that’s a celebration in a way. I want people to enjoy the movie, and go with an open mind.

I thank you so much. It was an honor to talk with you.